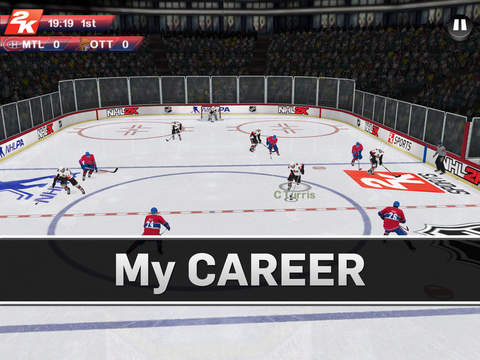 2K Games on Thursday released NHL 2K for the iPhone and iPad, a successor to its previous hockey game which can no longer be found in the App Store. Unlike rival Electronic Arts’s sports-themed freemium games, NHL 2K is a paid download that will run you eight bucks a pop for the privilege of playing the full game that doesn’t limit your gameplay or constantly ask for cash.

Featuring iOS controller support, live roster updates, the My Career mode where you control one player and earn skill points to build up ratings over multiple seasons, turn-based multiplayer penalty shootout using Game Center, in addition to a fast-paced arcade style 3-on-3 mode, this one’s feature packed and well poised to storm the App Store charts.

Developed by Visual Concepts, a 2K Studio, in partnership with Virtuos, the game features touch-optimized controls, enhanced graphics and updated rosters to bring “a complete and portable All-Star NHL experience” for hockey fans on iOS.

In addition to the all-new asynchronous multiplayer mode and three-on-three competitive Mini-Rink games, NHL 2K also comes with all of the popular game modes such as Season (a full NHL season with your favorite team), NHL Winter Classic (compete on a frigid and snowy outdoor skating rink), Free Skate (perfect your hockey strategy and skills) and the aforementioned Shootout which lets you practice your penalty shots under pressure.

Check out some more screenshots. 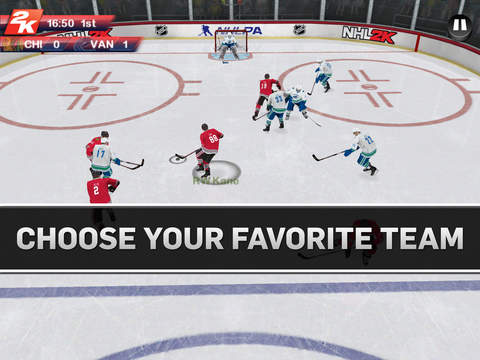 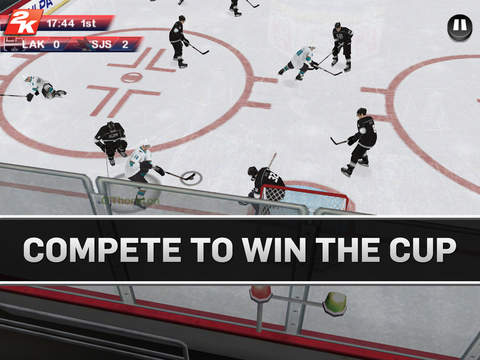 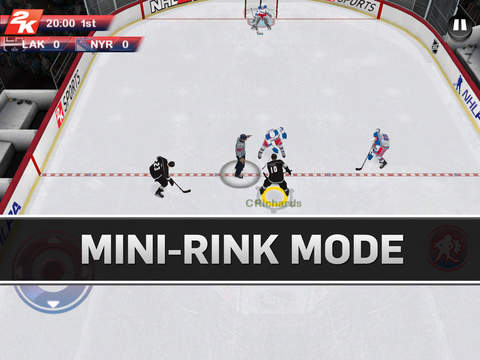 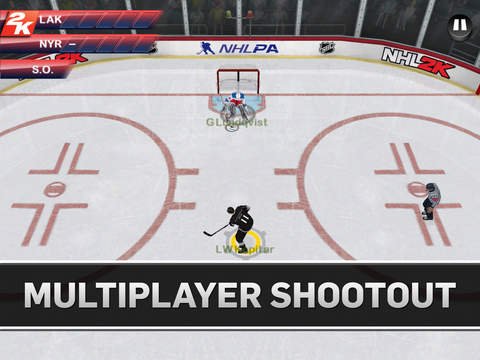 NHL 2K, a 307-megabyte download, is eight bucks in the App Store.

The game is compatible with the fifth-generation iPod touch and any iPhone and iPad from the iPhone 4s and iPad 2/mini onward. iOS 6.0 or later is required.