Thursday, an enhanced version 5.3 of iHeartRadio became available for download in the App Store.

The refreshed application brings out a nice Today widget allowing you to play your recent stations from the Notification Center in iOS 8. You should also appreciate its built-in support for Apple’s in-car entertainment system dubbed CarPlay, so you can now listen to iHeart Radio in CarPlay-enabled vehicles.

The updated app can be grabbed for free in the App Store.

Eagled-eyed readers could point out that iHeartRadio is among a handful of third-party solutions that provide music-streaming capabilities to Apple’s CarPlay. 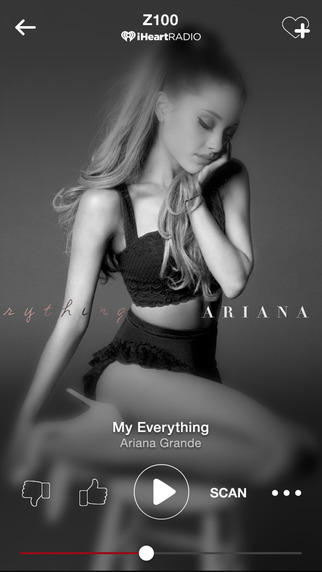 As stated on the official CarPlay webpage, the system currently supports audio and music streaming via Apple’s own Podcasts, Beats Music and iTunes Radio apps, in addition to third-party ones from the likes of Spotify, iHeartRadio, CBS Radio News, Stitcher, At Bat and Rdio.

Both Rdio and Spotify recently refreshed their respective iOS apps with CarPlay support.

The Internet radio app is available free in the App Store.

The 25.9-megabyte download requires an iPhone or iPod touch powered by iOS 7.0 or later. Of course, the Today widget requires an iOS 8 device. Sadly, developers haven’t gotten around creating native iPad interface just yet, which is a shame.