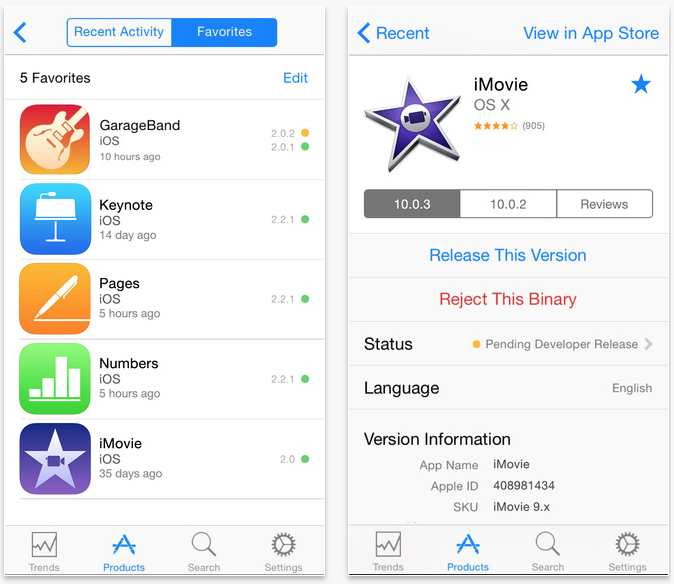 Apple has this afternoon pushed out an update for its iTunes Connect app for iOS. The app offers registered iTunes developers a handful of management tools, including the ability to access sales data for their apps and e-books, for their iPhones and iPads.

Today’s update brings the app to version 3.0.1, and while Apple suggests that it’s a minor one, it adds support for some significant new features. The app now utilizes iOS 8 sign-in with Touch ID, and it supports the larger displays of the iPhone 6 and 6 Plus.

It’s nice to see that Apple added iPhone 6 and Touch ID support to iTunes Connect so quickly, given its track record for leaving the app in the dark. For example, the app didn’t receive its iOS 7 makeover until May of this year—some 8 months after iOS 7 launched.

If you’re interested, you can find the new iTunes Connect app, for both the iPhone and iPad, in the App Store for free. Obviously, though, you’ll need to be a registered developer or iTunes artist with content for sale on the iTunes Store to get any use out of it.