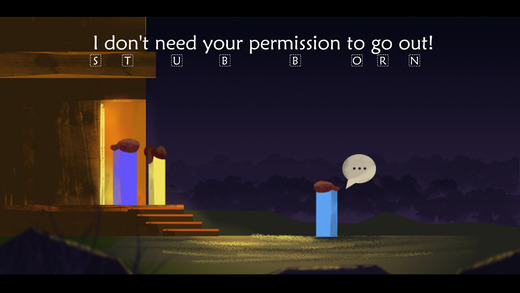 Some might argue that traditional gaming has gotten boring. So boring that developers have started working on ways to create new, unique titles that work outside of the normal boundaries in an effort to provide a completely different gaming experience.

I am a brave knight looks to feed into that different experience with a title that is so out-of-the-box, it can’t really even be called a game. It will only take you about 10 minutes to journey through one man’s life from childhood to death. Are you brave enough to make it?

The game, or should I say interactive story, requires players to draw a series of letters on the screen to help unfold single-sentence moments in the protagonist’s life. You might scribe the word “stubborn” while the moment in time is reflecting the character’s statement, “I don’t need your permission to go out.” 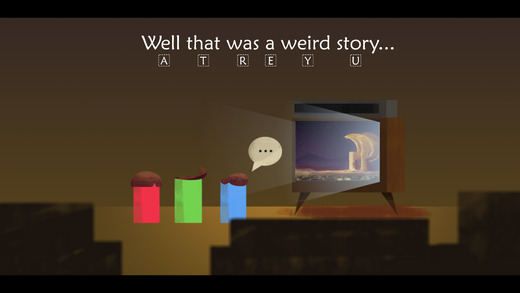 In each scene, you will be presented with a series of letters. Draw each letter, in order, by dragging your finger on the screen. If you make a mistake, or the game doesn’t read your messy handwriting, you can try again by tapping the erasure in the bottom right corner of the screen.

The story is based on a single man, shaped like a PEZ dispenser, who experiences youth, love, and loss in a similar way that many of us do. The emotionally driven game was originally created during the 2014 Global Game Jam and was completed in 48 hours. The development team at Tree Interactive describes the content as personally meaningful. “We tried our best to add our own experiences into the game that would portray life as we see it.” 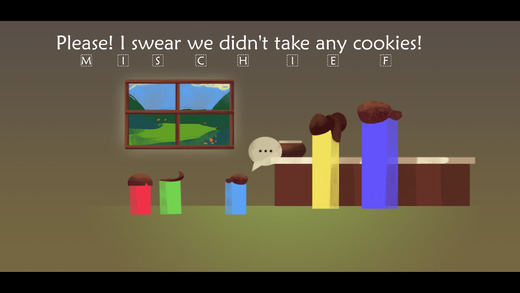 The entire story is presented in about 20 different scenes. Each scene includes minor interactions. Tap on a character to see it bounce. Swipe your finger across the screen to see the clouds move. Each image has a hidden animation. The best way to find interactions is to finish writing the word first. Then tap or swipe around on the page to see what you can find.

Once you’ve gone through the entire story, you can replay it again and again. The story never changes and nothing new will appear, but you can live an entire life in 10 minutes and that’s saying something.

I am a brave knight is available on the iPhone, iPad, and iPod touch for $0.99. You can download it in the App Store today.

What do you think of this atmospheric game? Let us know in the comments.