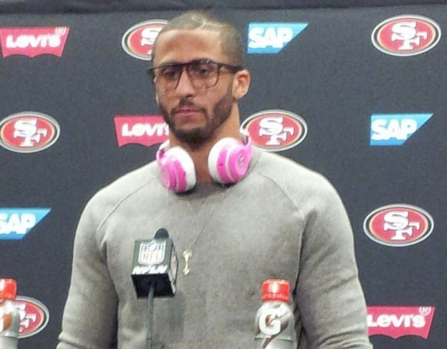 San Francisco 49ers quarterback Colin Kaepernick has been fined $10,000 by the NFL for attending a press conference while sporting Beats headphones on Sunday, reports ESPN. The NFL, which entered an exclusive agreement with Bose last week, is contractually obligated to ban its players from wearing non-Bose headphones while on TV.

Kaepernick, who among many other NFL players has an endorsement deal with Beats, attended the press conference while wearing a pair of pink Beats headphones, likely in support of this month’s breast cancer awareness.

When asked if Beats was going to pay the fine, Kaepernick replied “I’m going to let that be unanswered,” somewhat acknowledging that the Apple-owned company would indeed pick up the tab.

Business is business of course. This being said and understood, how ridiculous is it that you can’t even wear the headphones of your choice?