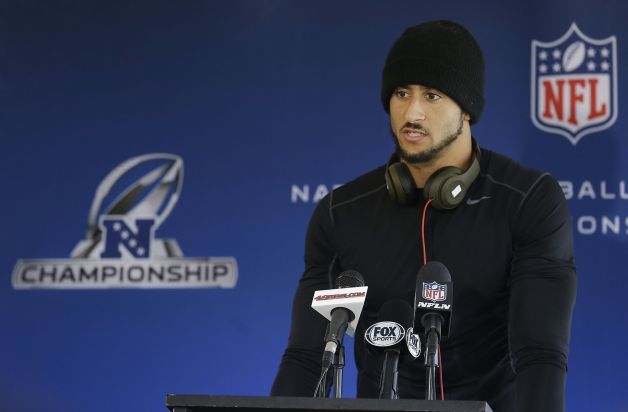 The NFL has signed a new marketing deal with Bose Corporation, which could spell trouble for Apple’s Beats. According to Recode, the new partnership has the National Football League banning its players from wearing Beats headphones while on TV.

The ban encompasses all other non-Bose headphone brands, not just Beats, and includes TV interviews conducted during pre-season training camps, practice and on game day—starting before kickoff and not expiring until 90 minutes after the play ends.

Beats has issued a statement on the new restriction, saying that “Over the last few years athletes have written Beats into their DNA as part of the pre-game ritual.” It adds that music has become as important to performance as any other piece of equipment.

This isn’t the first time we’ve seen this happen—and given Beats’ 60% share of the $100+ headphone category, it’s not hard to figure out why that is. During the World Cup this summer, Sony made a similar deal with FIFA to ensure Beats had little TV time.

It’ll be interesting to see how this plays out. Beats has sponsorship deals with a number of high profile athletes, many of which are in the NFL. In fact, some of these relationships were believed to be a factor in Apple’s decision to purchase Beats for $3 billion.