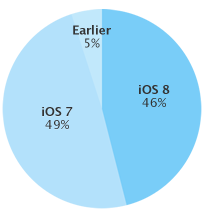 Less than a week following its September 17 release, Apple’s new iOS 8 mobile software is installed on 46 percent of all active iPhone, iPad and iPod touch devices in the wild that have accessed the App Store recently, reveals a dashboard on the Apple Developers website.

At the same time, the number of devices running the iOS 7 software has dropped to 49 percent as of September 21, with older iOS versions grabbing a meager five percent share.

It would also seem that iOS 8’s release has slowed down the App Store review team somewhat as only 74 percent of app updates and 53 percent of new apps have been reviewed in the past seen days.

iOS 8 adoption rates are based on access to the App Store on September 21, 2014. By comparison, advertising network Chitika estimated last year that iOS 7 was found on 52 percent of devices in the wild following its first full week of availability.

The software hit a cool 87 percent share in April, ahead of WWDC 2014, according to Apple’s App Store data, and 90 percent a week before the conference.

Although official iOS 8 adoption rate numbers suggest that people are not as eager to check out iOS 8 as they were when iOS 7 debuted a year ago, it should be noted that Apple’s staged rollout of iOS 8 has certainly played a factor here.

For starters, the Cupertino firm did not let everyone download the update simultaneously, unlike past releases. More importantly, the massive upgrade which weighs in at more than one gigabyte that pushed to user’s devices requires additional storage space to install. 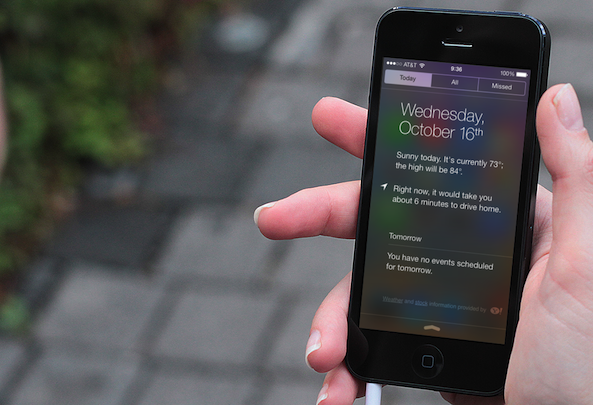 With many people’s devices packed to the gills with photos, videos, apps and other content, some folks wouldn’t even receive the on-the-fly update while others would see the installer sitting in the Settings app but couldn’t apply it due to insufficient storage space.

iOS 8 is also exhibiting a number of teething issues, with complaints ranging from poor Wi-Fi performance to a drastic battery drain, incompatibility issues and app crashes.

According to a questionable report from ZDNet citing third-party data, iOS 8 crash rate is 78 percent higher than iOS 7. The vast majority of issues like the battery drain and crashing can be resolved by performing a clean install in iTunes, which doesn’t require extra space as opposed to performing an on-device upgrade to iOS 8.

I myself have experienced abysmal battery life after upgrading to iOS 8 so I performed a clean install of the software in iTunes which has solved my battery woes.

To perform an over-the-air upgrade to iOS 8 on your device, choose Software Update under Settings > General. Should you rather performa a clean install, connect your device to iTunes on a Mac or Windows PC, perform a full backup just in case and then click the Restore button.

iTunes will download the latest iOS edition available, wipe all the data from your iPhone, iPad or iPod touch and then install iOS 8 from scratch.

And if you ever decide to go back, Apple has made it easy to downgrade from iOS 8 to iOS 7 — just follow  Jeff’s useful tutorial.