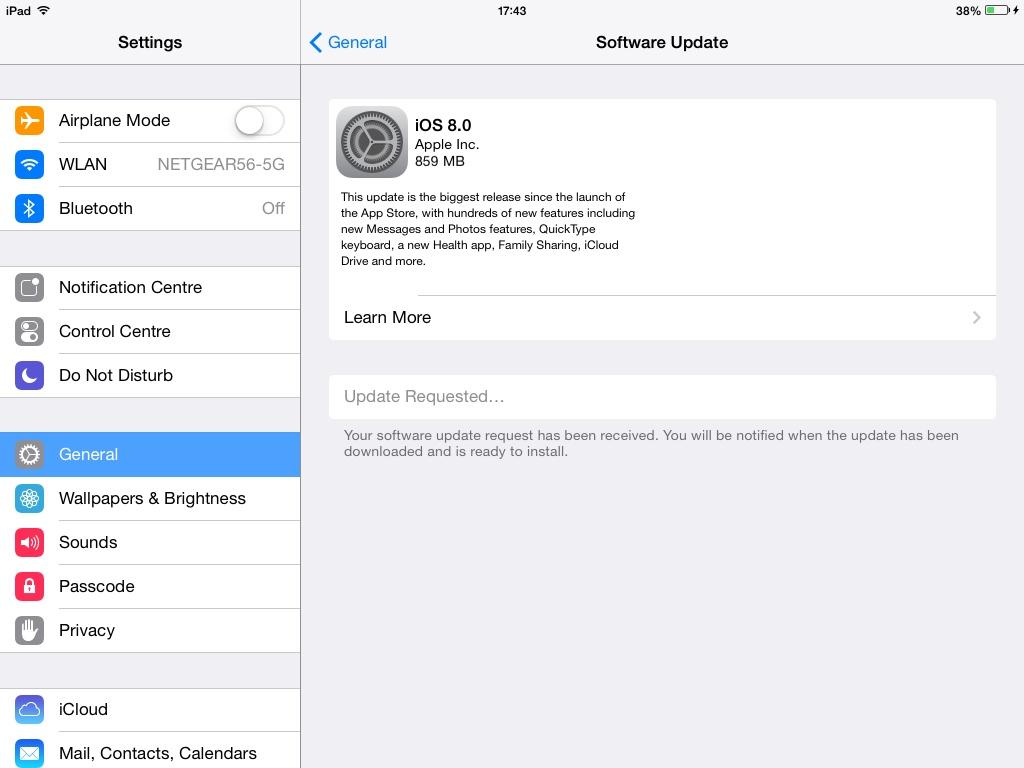 Apple’s implementation of what appears to be a staged release of iOS 8 could very well explain why adoption numbers have been lower than past rollouts. Reports of iOS 8 having a significantly slower adoption rate than previous iterations of iOS have been attributed to a variety of factors from its large download size to a lack of visible changes, but over yesterday’s rollout, many users saw “Update Requested” messages when trying to update to iOS 8, notifying them they will be alerted once the software has been downloaded and ready to install.

Fiksu reported iOS 8’s 12-hour adoption rate to be at 6.84%, which pales in comparison to iOS 7’s 14.59% adoption rate in the same amount of time. Other trackers including Mixpanel and Appsee report adoption as currently at 14.75% and 15.06% respectively, with rates being much higher in previous years.

Although iOS 8’s adoption numbers could be dampened by a variety of factors, it appears that the most significant of these is that Apple isn’t allowing everyone to download the update simultaneously, unlike past releases. When attempting to update, many users are seeing a message stating that an update has been requested and they have been queued.

Your software update request has been received. You will be notified when the update has been downloaded and is ready to install.

It’s unclear exactly how many people received this message or how Apple alerted them once iOS 8 was available for them to download, but the delayed installations seem to be widespread, and continue to appear today.

iOS 8 Update "requested" ha this might be a while. pic.twitter.com/s9tWcVV7rP

Apple’s reasons for staging the rollout could vary, but it’s likely due to the massive strain on servers and resources that is inflicted by seeding such a large file to so many devices simultaneously. Releasing the update to smaller segments of users over time would significantly reduce server toil and increase the download speeds for many users.

If your installation of the software has been queued up, an alternative would be to download iOS 8 directly to your computer and update your iOS device via iTunes.