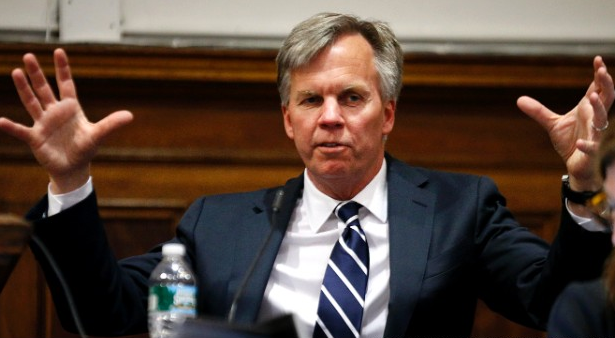 Ron Johnson, former Apple retail boss who left in 2011, is working to start a high-end, on-demand delivery service for gadgets and is hiring some former Apple employees to help, The Information reports. The move to found a new company follows Johnson’s failed stint at JC Penney as CEO, when he was fired after not turning around the struggling retail giant.

A name for the on-demand delivery service that Johnson is founding hasn’t been given, and it’s not clear when it will launch. The Information reports ex-retail VP Jerry McDougal will be working with Johnson. McDougal left Apple at the beginning of 2013, at a time when he was being considered to take over the top retail position at Apple.

Johnson’s project is being described as “Best Buy’s Geek Squad meets Apple’s Genius Bar”, assumedly geared towards novice tech users who may need help setting up their new gadget. Even with his shortcomings at JC Penney, Johnson has been credited with fathering the Apple retail experience – which has been deemed the best out there. What could he have in store next?

“The world is moving online,” Johnson said on a podcast recently. “It’s moving online more rapidly than I think a lot of us imagined, a lot more than I did, and so the challenge for a startup is given that physical retail is expensive and knowing that it’ll be less important to your mix long term, what’s the right mix? How does it compliment your brand, and what’s the role of that in your mix?”