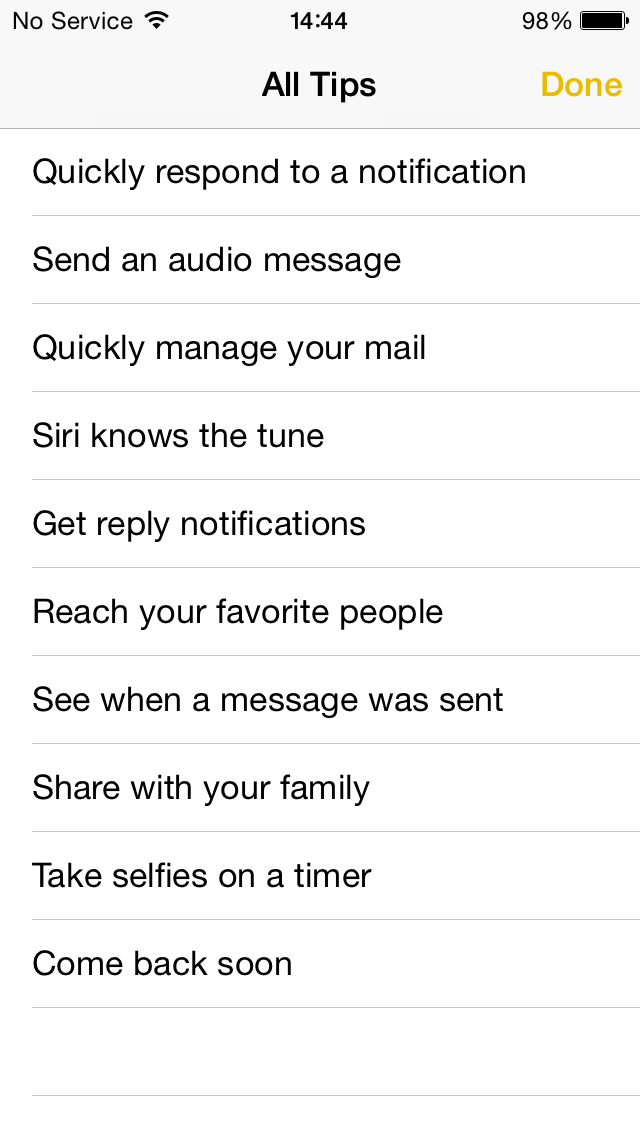 Apple updated the new iOS 8 Tips app with three more tips earlier today. In this over-the-air update, Apple is now explaining future iOS 8 users how to see when a message was sent, how to use Siri to find out what song is currently playing on the radio or elsewhere, and how to use Family Share. This is the second update to the Tips app since it was introduced in iOS 8 beta 4. The first update happened on August 21.

See when a message was sent 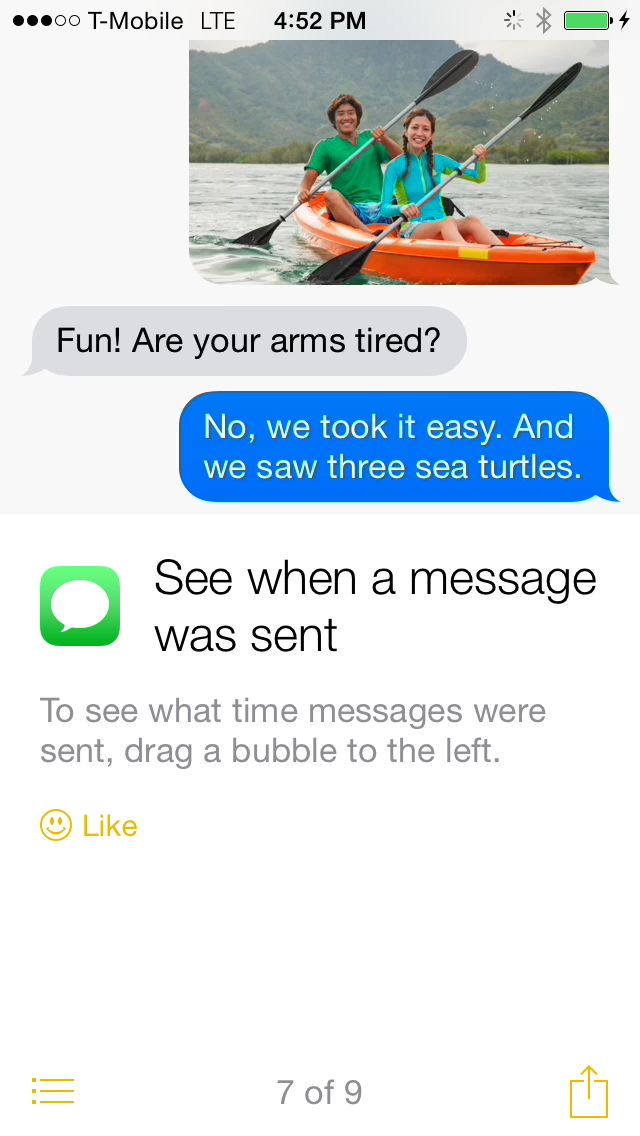 The first new tip explains how to see the timestamp of when a message was sent. This can be achieved with a simple swipe from the right on any chat bubble in the Messages app. 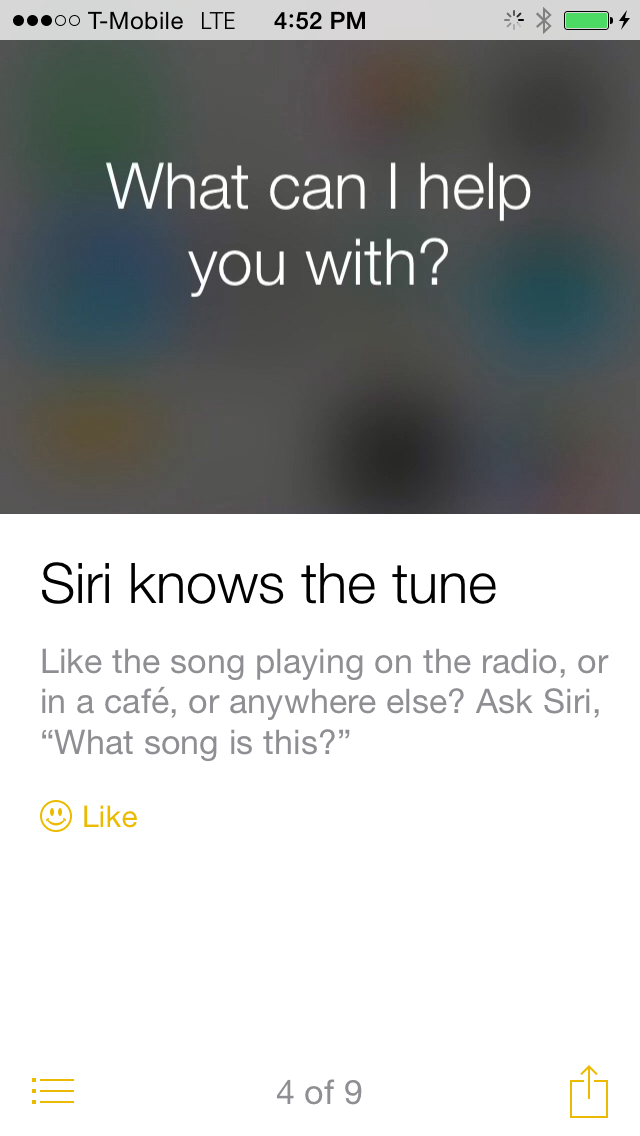 The second tip explains how the Shazam integration with Siri can allow anyone to find out what song is playing on the radio, TV, or anywhere else. This feature currently doesn’t work in iOS 8 but will likely be activated on the server side once iOS 8 ships to everybody on Wednesday. 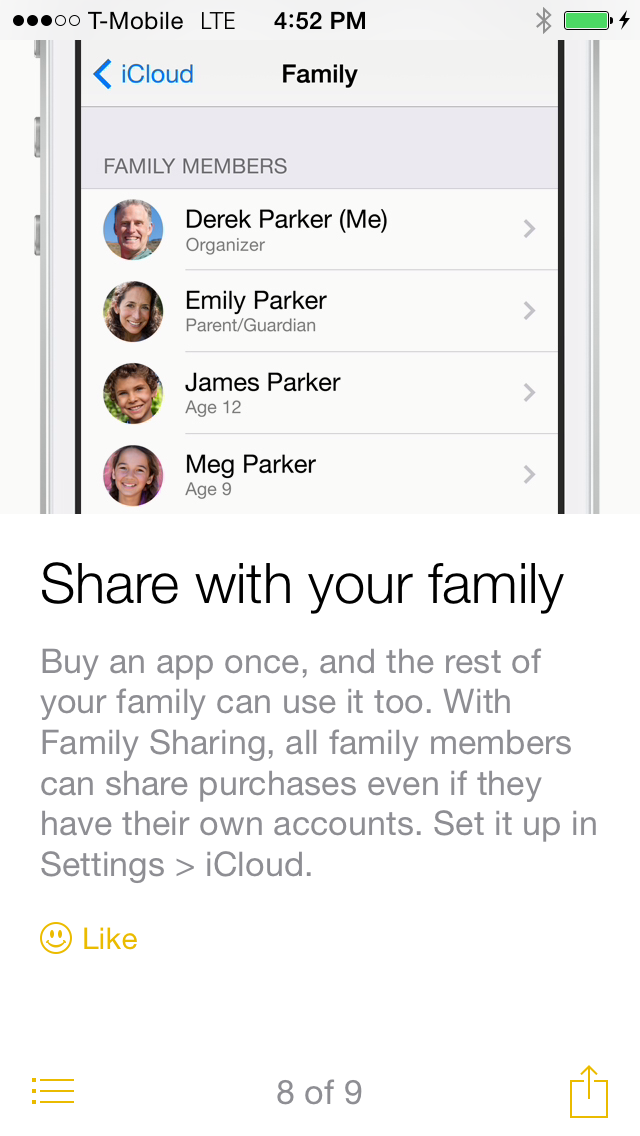 Finally, Apple explains that families can now take advantage of a new feature called Family Sharing, which lets members of a same family share apps between each other without having to pay for separate downloads.

On top of these 3 new tips, Apple reworded a few tips already present in the app.

As part of iOS 8, the Tips app will be available to all iOS users who choose to download the software on Wednesday.