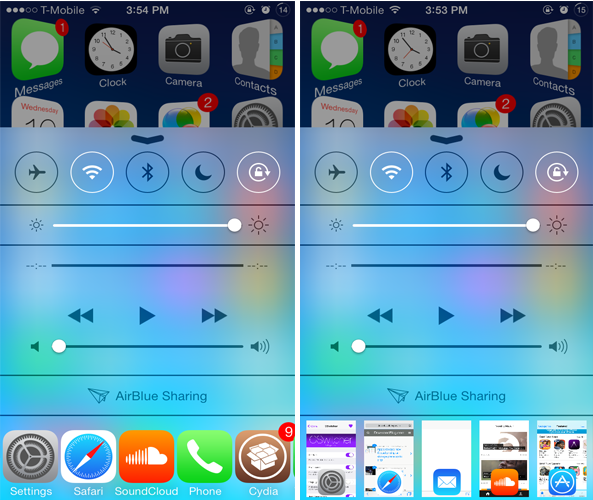 The App Switcher, one of the most frequently used feature on iOS 7, can be accessed by double pressing the Home button. If you ever wanted to access the App Switcher from Control Center, you might want to check out a new jailbreak tweak known as CSwitcher.

After installing the tweak, double pressing the Home button launches Control Center where you can view the App Switcher from the bottom section where the Quick Launch apps are originally located. Swiping CSwitcher left or right displays all the open apps. To kill any of them, simply tap and hold on an icon and a tiny ‘x’ button will appear on top of it. Pressing it will close the specific app. 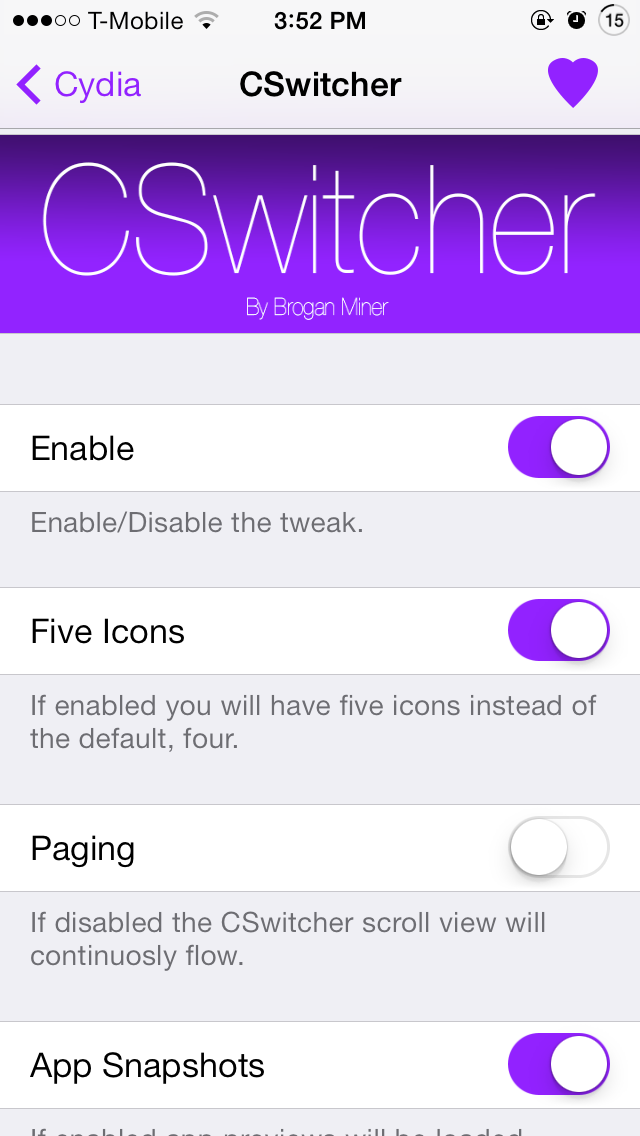 Once you install CSwitcher, a new preference panel will be added to the Settings app. From there, you can enable or disable the tweak via the kill switch toggle, choose to view five apps instead of four, as well as enable or disable paging. If paging is disabled, you can continuously scroll through open apps without the page-like effect.

You’ll also find an ‘App Snapshots’ toggle at the bottom of the preference panel that allows you to switch between two views: app icons and app preview cards. Once you’re done with the configurations, simply press the ‘Apply’ button for the changes to take place.

That’s all the tweak offers and if you find it more convenient accessing the App Switcher from Control Center, you should probably check out CSwitcher. As mentioned earlier, the tweak can be a good replacement to the Quick Launch apps if you don’t use them frequently.

CSwitcher can be download from Cydia’s BigBoss repository for free and requires iOS 7 to work.