The prolific leakers over at the French blog NowhereElse.fr [Google Translate] on Sunday have managed to get hold of a short video which purportedly shows off a 2,915mAh battery said to be bound for a 5.5-inch iPhone 6.

In the past week or so, we’ve been treated to several sightings of 1,810mAh, 2,100mAh and 2,915mAh batteries for the upcoming Apple handsets.

This, however, marks the first time the part’s been captured on video.

Compared to the ~1,560mAh unit inside the iPhone 5s, this alleged iPhone 6 battery is twice as strong. Whether the added juice is only meant to power the iPhone 6’s power-hungry 5.5-inch screen alongside new sensors and an NFC chip for mobile payments, or perhaps extend the handset’s total run time, shall remain anyone’s guess until next Tuesday, 10am PT.

Our friend Steve Hemmerstoffer (the guy who runs NowhereElse) has obtained the claimed battery from his resident source. For what it’s worth, Hemmerstoffer says the part is very likely genuine given the format of the serial number (820-4545-03 820-3230-03) printed on the cable which connects the battery to the print circuit board is the same as the one Apple used for the iPhone 5. 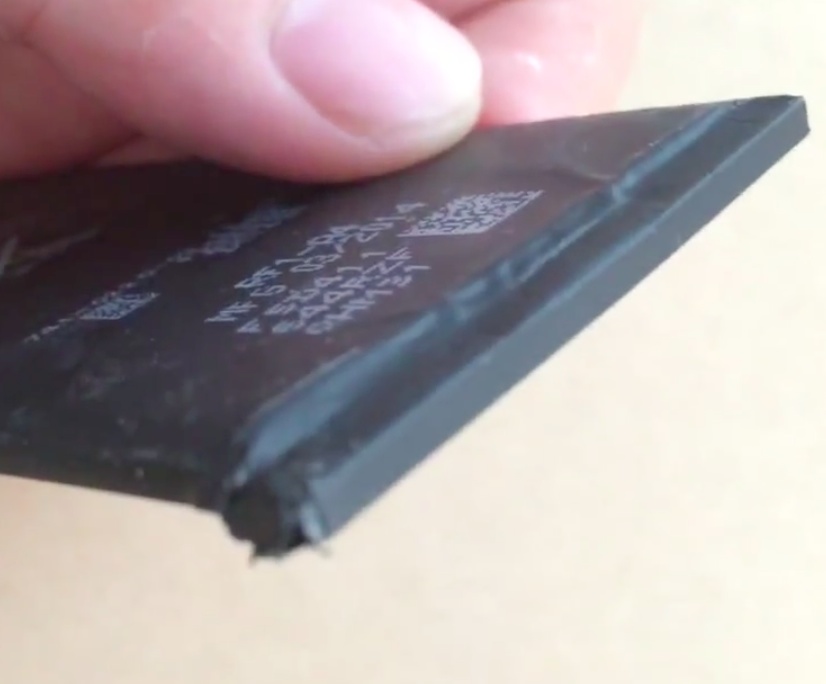 “Also, this hose connector fits perfectly to that found on the motherboard of both 4.7 and 5.5-inch iPhone 6 models,” he wrote. To refresh your memory, a 4.7-inch iPhone 6 variant is thought to pack in a weaker 1.810mAh battery.

We’re purely speculating at this point but the 2,915mAh lithium-ion polymer unit should extend the iPhone 6’s run time beyond the current Apple-rated 10 hours of 4G/Wi-Fi Internet use/video playback and up to ten hours of 3G talk time.

Needless to say, this is assuming that the capacity increase won’t be offset completely by the bigger display and other new features. The handset’s in-house designed A8 processor shouldn’t be a problem as the chip is said to focus on better power efficiency.

The display will be key here. 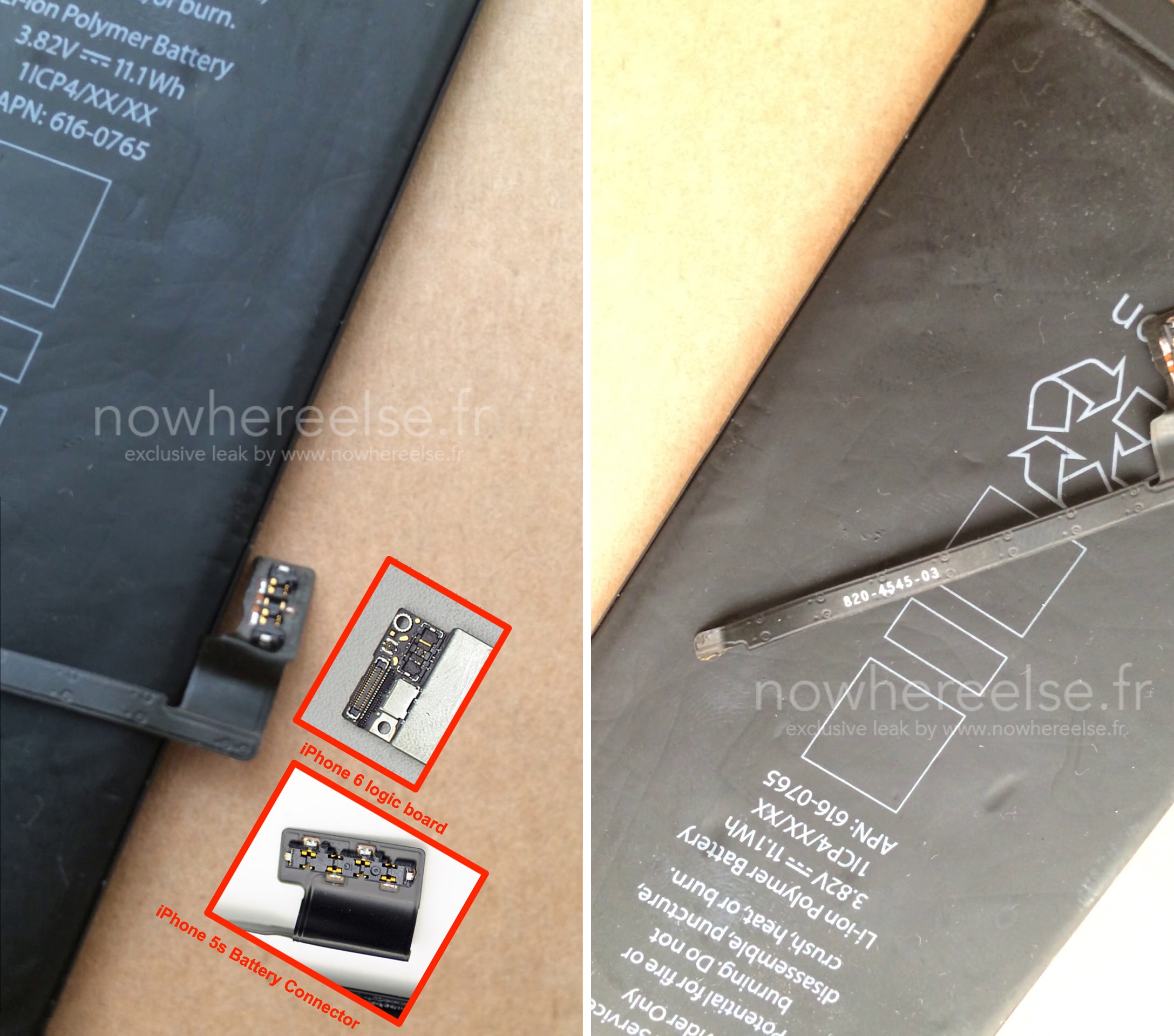 The mobile processor and the display are by and large the biggest battery killers on any mobile device. Keeping in mind that the LCD IPS technology on iPhones is not as power efficient as Samsung’s AMOLED screens, we’ll just need to wait a little longer until Apple’s big September 9 reveal in order to find out the truth about the iPhone 6’s run time and battery performance.

One thing is undeniable — Samsung hasn’t conveniently timed its ‘Wall Huggers’ anti-iPhone campaign straight ahead of Apple’s event for no apparent reason.