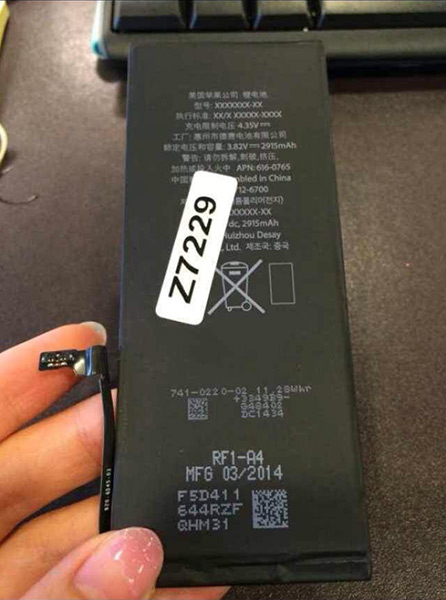 Some new photos popped up online this evening, showing what are said to be components for the 5.5-inch version of the iPhone 6. The claim is significant, as unlike the 4.7-inch model, we’ve seen just a handful of parts belonging to the larger handset.

Among the parts are a display panel, logic board, and perhaps more interesting, a battery. The battery runs at 4.35 volts, and has a capacity of 2,915 mAH. If legit, this would put the 5.5-inch iPhone ahead of the Samsung Galaxy S5 in terms of battery size…

The photos were posted by Chinese site Apple Daily, who claims they came from a reliable source. It’s obviously impossible to confirm the legitimacy of the parts, but the battery does feature an Apple part number of 616-0675 and other familiar markings.

That being said, there are some discrepancies in the other parts shown in the photos. Below you’ll see a shot of an alleged display for the 5.5-inch iPhone, but some say it looks too similar to the 4.7-inch panels we’ve seen, making it hard to buy as a new part. 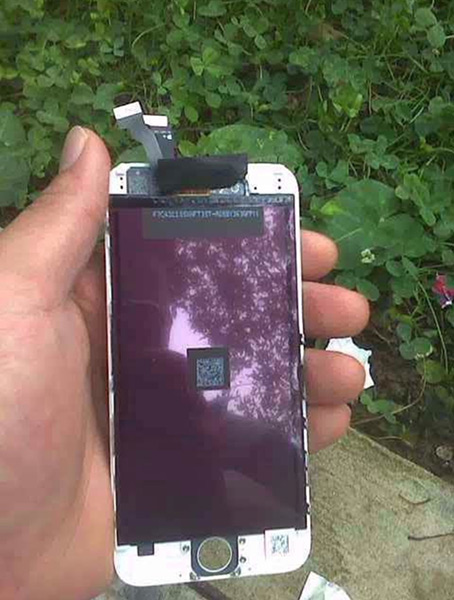 And the same goes for the logic board, which also seems to line up perfectly with previously leaked components for the 4.7-inch model—down to the connectors. It’s unlikely that the internals of the two devices, which differ in size by .8 inches, are identical. 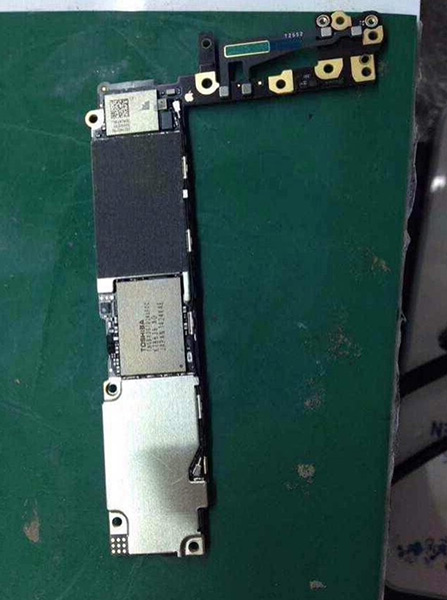 Anyway, Apple Daily says that the design of the larger iPhone 6 is reminiscent of the LG G3 and HTC’s M8, due to its wider body and rounded corners. It also says its source referred to the model as the iPhone 6L, and speculates that the L stands for ‘Large.’

Apple is expected to unveil both models of the iPhone 6 at a media event on Tuesday, September 9th. The consensus is that the 4.7-inch version will be available shortly after the event, with the 5.5-inch version coming weeks later due to production issues.