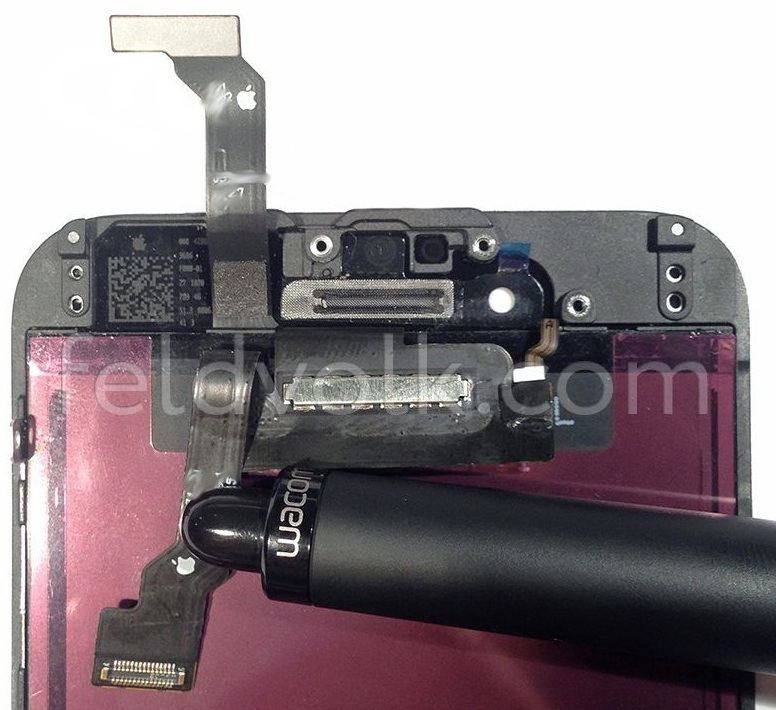 As production for the iPhone 6 begins to ramp up ahead of next month’s unveiling, we’re starting to see more and more part leaks for the highly anticipated handset. We’ve seen several over the last few days, and this afternoon, new photos of alleged components surfaced.

This latest batch gives us a close-up look at what is said to be the front panel and display assembly for the 4.7-inch model of the iPhone 6, with its very clearly tapered edges. The photos also show the new Power button, which is expected to be relocated, and its Mute Switch…

We’ll start off by talking about the front panel, which you can see in the image above. This is obviously the inside of the component, and it looks like some pieces have been pulled apart to show off the digitizer, LCD flex cable, light sensors and the cubby for the Face Time camera. 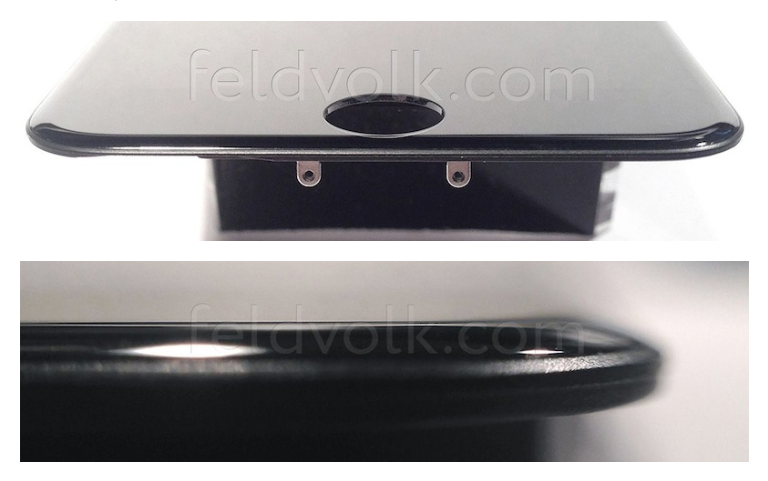 These two photos give us a nice side view of the panel, where you can see that its edges are far more tapered than those on current models. Now imagine these edges sitting nearly flush with those from the rear shell leaks we’ve seen, and the design should be nearly seamless.

Finally, we have photos of the iPhone 6’s Power button and Mute switch, which are both covered in a nice metal finish. The consensus is that Apple has moved the Power button to the side of the handset for easier operation, and this new Mute toggle looks a bit different as well. 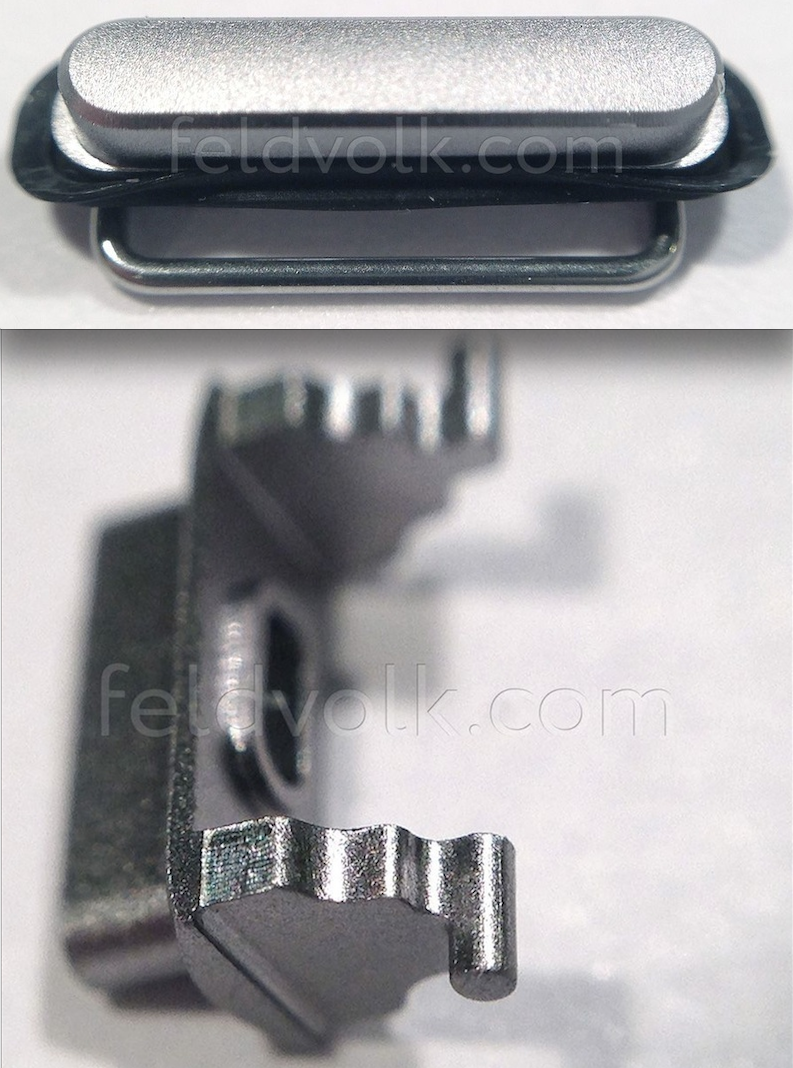 The photos come from luxury modified iPhone vendor Feld & Volk, courtesy of MacRumors, who has been responsible for several part leaks over the past few weeks. The firm claims it has a relationship with Apple suppliers, which enables it to get a head start on modifications.

Most of what we’ve seen thus far, in terms of leaks and reports, matches up fairly nicely. The iPhone 6 is expected to come in 4.7-inch and 5.5-inch versions with A8 processors, new sensors and more. Apple has reportedly scheduled its iPhone event for Tuesday, September 9th.