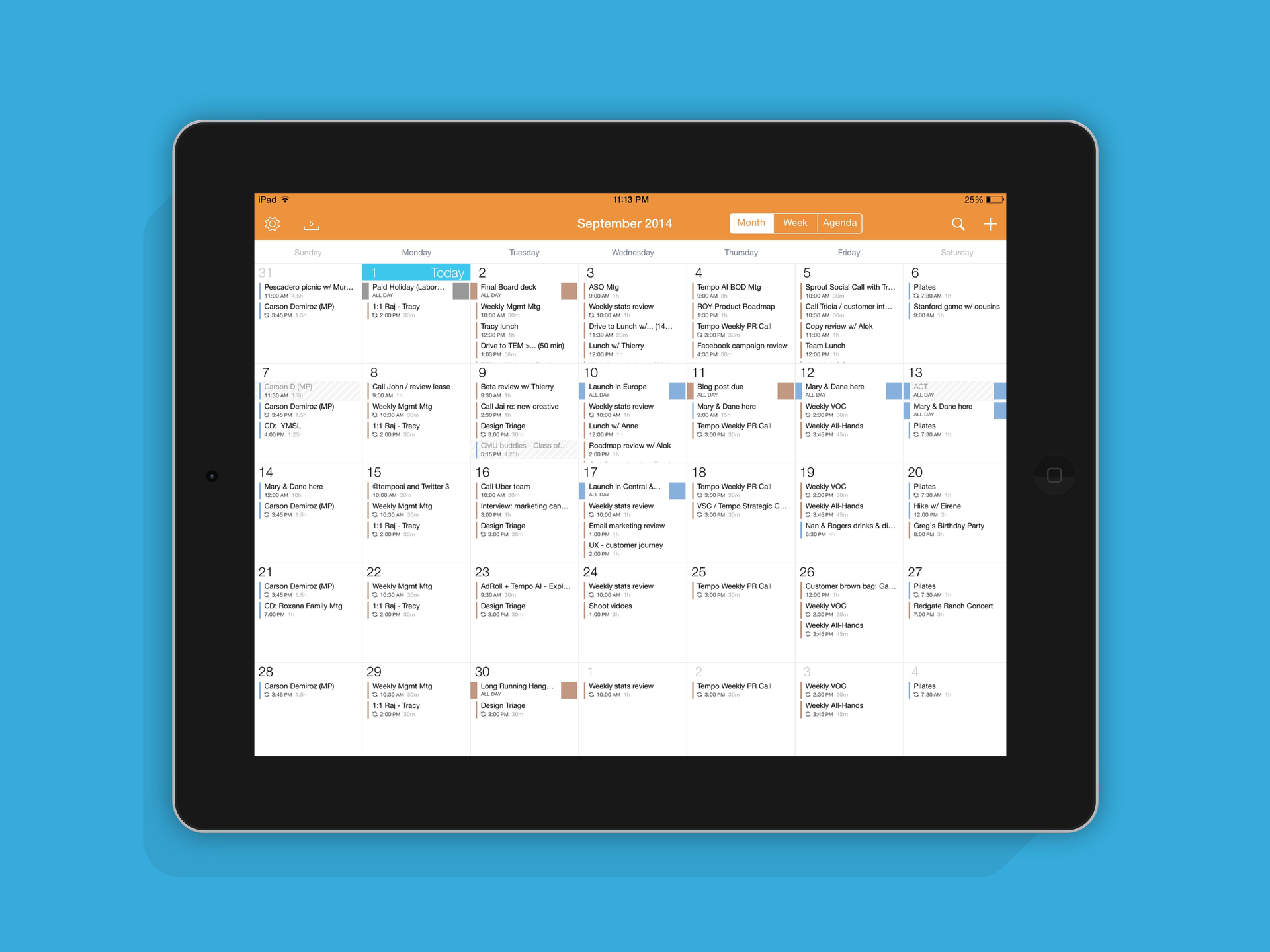 The iPad interface has been added to the existing Tempo for iPhone app, now a universal download in the App Store.

Other new features in this edition of Tempo include the new Week, Month and Agenda views that look business on the iPad, localization in French, German, Italian, Portuguese and Spanish, as well as wider availability in more countries.

According to a post over at the Tempo blog, in the coming weeks the app will be available for download in Europe, Central and South America.

Here’s Tempo’s Month view on the iPad. By the way, apologies for the thick screenshot borders but that’s how developers shared the images in the post. 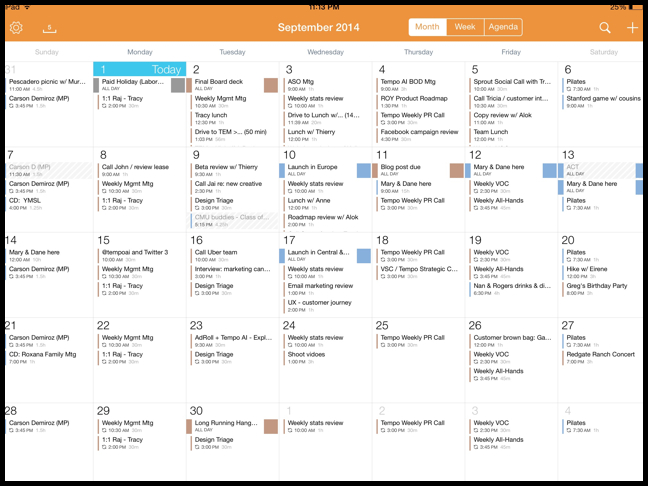 And the Week view. 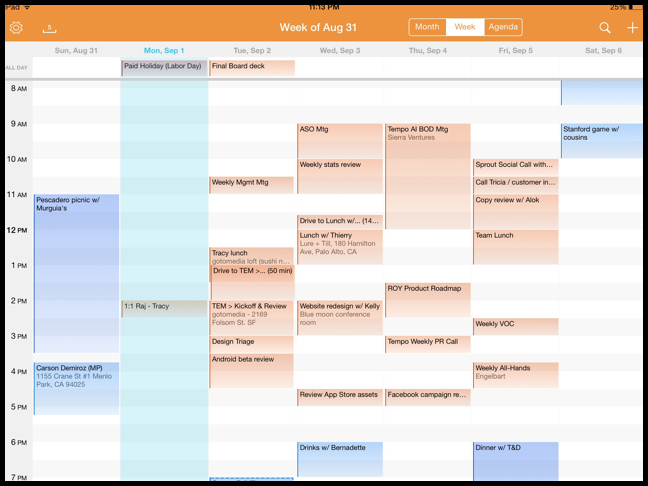 And finally your scrollable daily agenda. 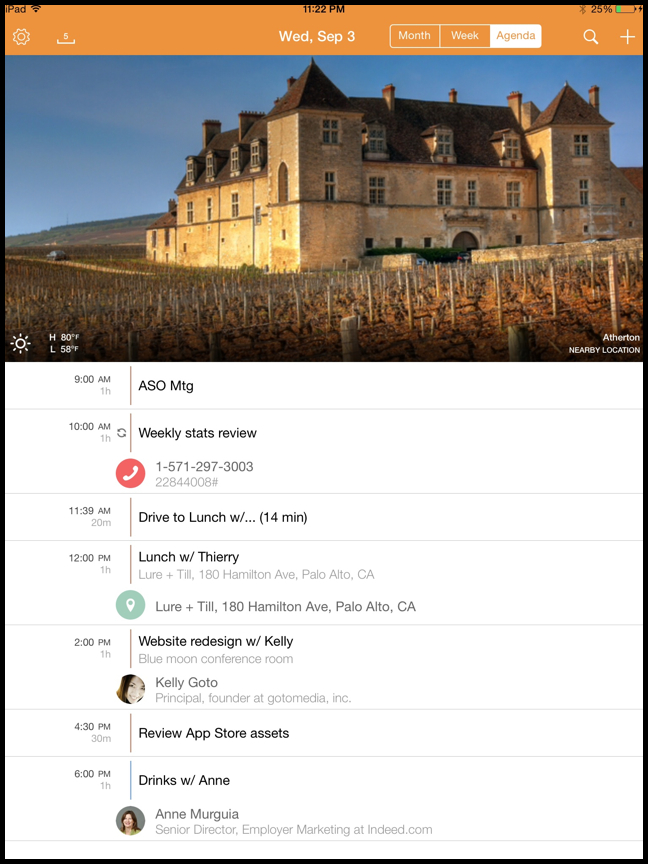 In addition to the native tablet UI, the following Tempo features are also available on the iPad (sans conference calling):

Tempo works with both Google and Exchange calendars and is available free of charge on the iPhone, iPod touch and iPad devices with iOS 7.0 or later. A Mac edition of Tempo remains non-existent to this date.

[App Store via The Tempo Blog]