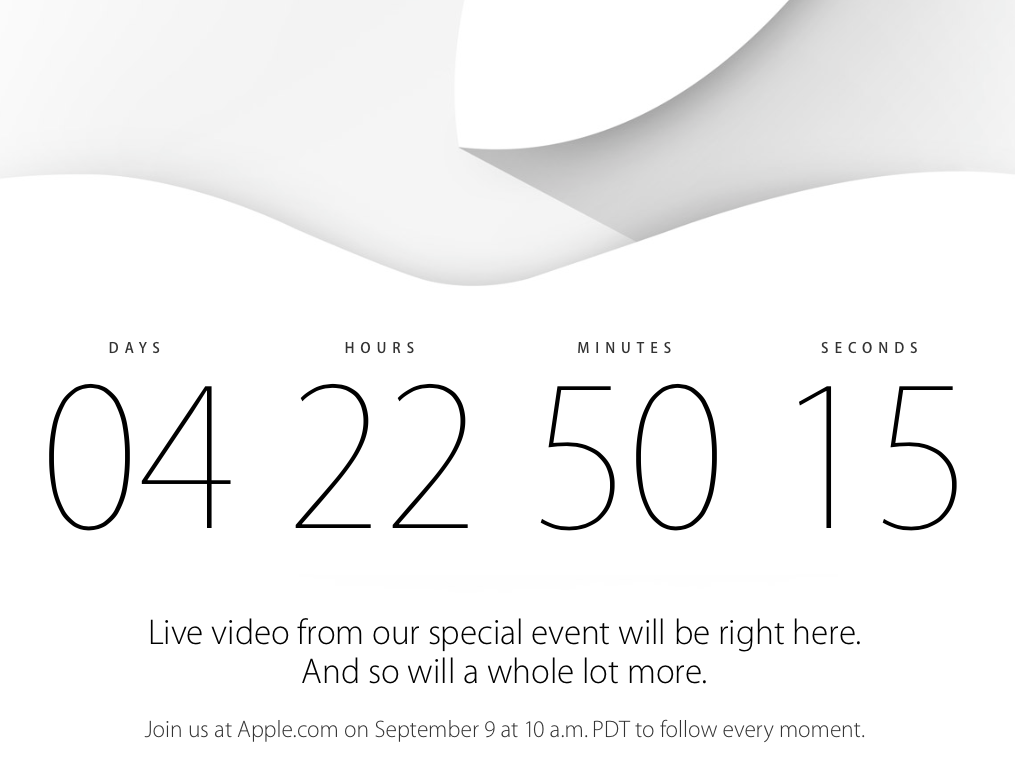 Apple updated its website this afternoon to announce that it will be providing a live video stream of next week’s iPhone event. On a new Live page at Apple.com, the company has posted a countdown timer that expires just before 10 am on September 9th.

We are expecting Apple to unveil two new iPhones during the event, at least one of which features NFC for a new mobile payment system. It’s also believed that we’ll finally see the firm’s so-called iWatch, although rumor has it that it will just be a preview.

Apple is breaking the mold this time around, sending out invites earlier than usual and hosting the event at the extra-large Flint Center for the first time in several years. It’s been extremely intent on stressing the significance of its upcoming announcements.

The website says that the event will be streamed live to Apple.com, but we also expect to see it on Apple TV and iOS devices. If for some reason you can’t watch the keynote, or you just want some commentary on the event, make sure to tune into iDB next Tuesday.