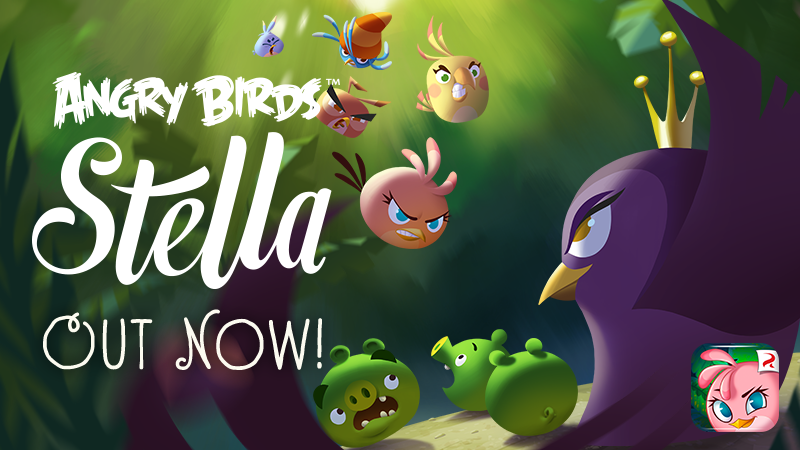 Rovio, the Finnish games maker which made a name for itself with the Angry Birds physics-based puzzler series, on Thursday released a brand new game set in the Angry Birds universe.

Called Angry Birds Stella and available as a freemium download in the App Store, it puts you in the shoes of the lead character Stella who joins five of her bird friends on a quest to protect Golden Island from the piggies and the greedy Bad Princess.

There are more than 120 playable levels in this initial release of Angry Birds Stella, with more to come by way of future content updates. Jump past the fold for the full reveal.

The game’s premise, as outlined in Rovio’s blurb:

Can you help them reclaim the snapshots and protect their enchanting home from Gale? Oh one other small thing, Gale has a big band of blindly loyal pigs who’ll do whatever she says. We just thought you should know. Good luck!

Check out a short gameplay teaser below.

Featuring vivid visuals, Game Center support and smooth execution, the game should appeal to Angry Birds fans who’ve been on the lookout for an experience past the familiar bird-flinging action, as well as to just about anyone who digs physics-based puzzlers. 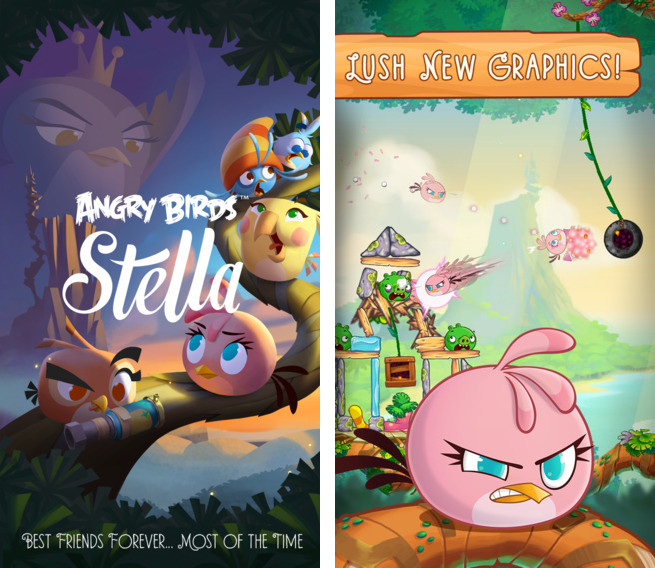 The game also features integration with Hasbro’s interactive toy range dubbed Telepod, allowing you to scan a physical toy in order to gain access to new birds within the game. And just in case you’ve been wondering, there will be a whole range of Angry Birds Stella-themed merchandize and tie-ins, starting with books, plush toys and cartoon.

Talk about milking the franchise for what it’s worth! 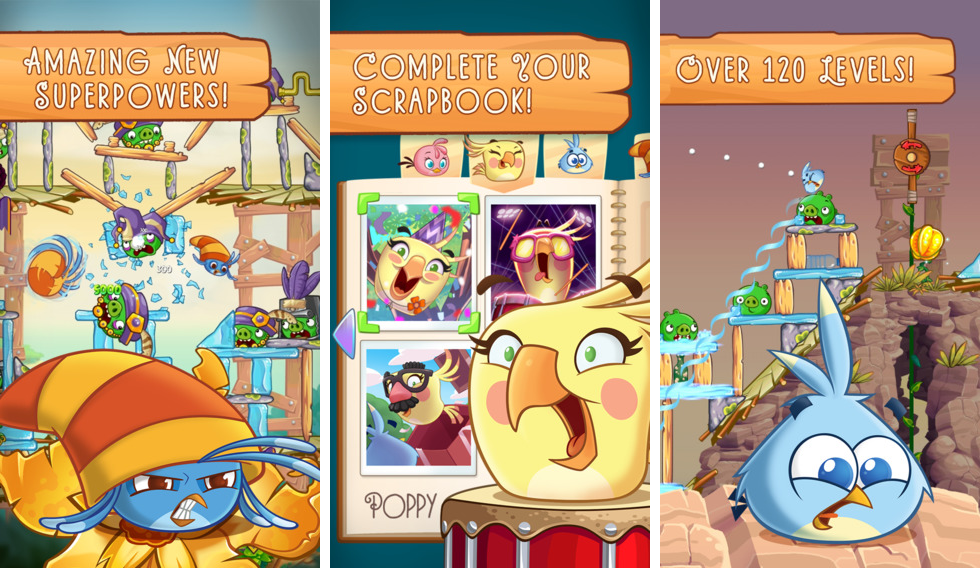 Check out the official gameplay trailer below.

As this is a freemium release, there are optional In-App Purchases available such as a $1.99 Pouch of coins and a $19.99 Heap of coins.

Angry Birds Stella is available for iOS, Android, Nook and BlackBerry 10. More information can be found at the official website.

[App Store via The Rovio Blog]