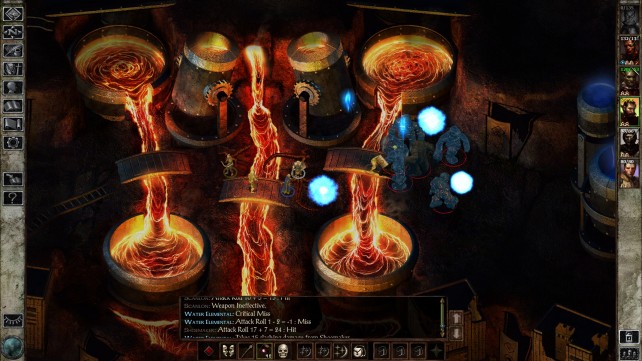 Developer and publisher Beamdog is soon going to unleash an enhanced edition of its classic role-playing game (RPG), Icewind Dale, on mobile and desktop.

Originally developed for Windows by Black Isle Studios and published by Interplay Entertainment in the summer of 2000, Icewind Dale: Enhanced Edition will be hitting the iPhone and iPad soon, Canada-based Beamdog confirmed on its website Tuesday.

Set in Wizards of the Coast’s Forgotten Realms campaign in the Dungeons & Dragons universe, the game includes almost 40 new kits and classes and features cross-platform multiplayer games, an overhauled interface, remastered quests from the original game and more.

This improved edition includes the following improvements: six expanded quests with content cut from the original game, 60 new items, the Heart of Winter and Trials of the Luremaster expansions, 31 new class and kit combinations from Baldur’s Gate II: Enhanced Edition, as well as the half-orc playable race, 122 new spells carried over from Baldur’s Gate: Enhanced Edition, cross-platform multiplayer for up to six players and a brand new Story Mode difficulty setting which lets you experience “all of the story with none of the Game Over screens”.

According to AppAdvice, the iOS edition should be priced at $14.99, giving hope the game will be released as a premium download without In-App Purchase nonsense.

Watch the promotional trailer below.

In the northernmost reaches of the Forgotten Realms lies the region of icy tundra known as Icewind Dale. Journey deep into the Spine of the World mountains, a harsh and unforgiving territory settled by only the hardiest folk.

Encounter fearsome beasts that have learned the cunning and ferocity needed to survive among the snow-shrouded peaks. Confront an evil that schemes beneath the carven glaciers and mountainsides to wreak destruction upon the face of Faerûn. This is the world of Icewind Dale: Enhanced Edition.

The game will be available for Mac, Windows and Linux PCs, iPad and iPhone devices and Android tablets and phones.

In addition to the aforementioned perks, the following features are also expected:

The desktop version of Icewind Dale: Enhanced Edition can be pre-ordered now for $19.99. For more info, check out the official Icewind Dale website.

Will you be taking an enhanced version of Icewind Dale for a spin on your iPhone or iPad when it comes out, do you think?