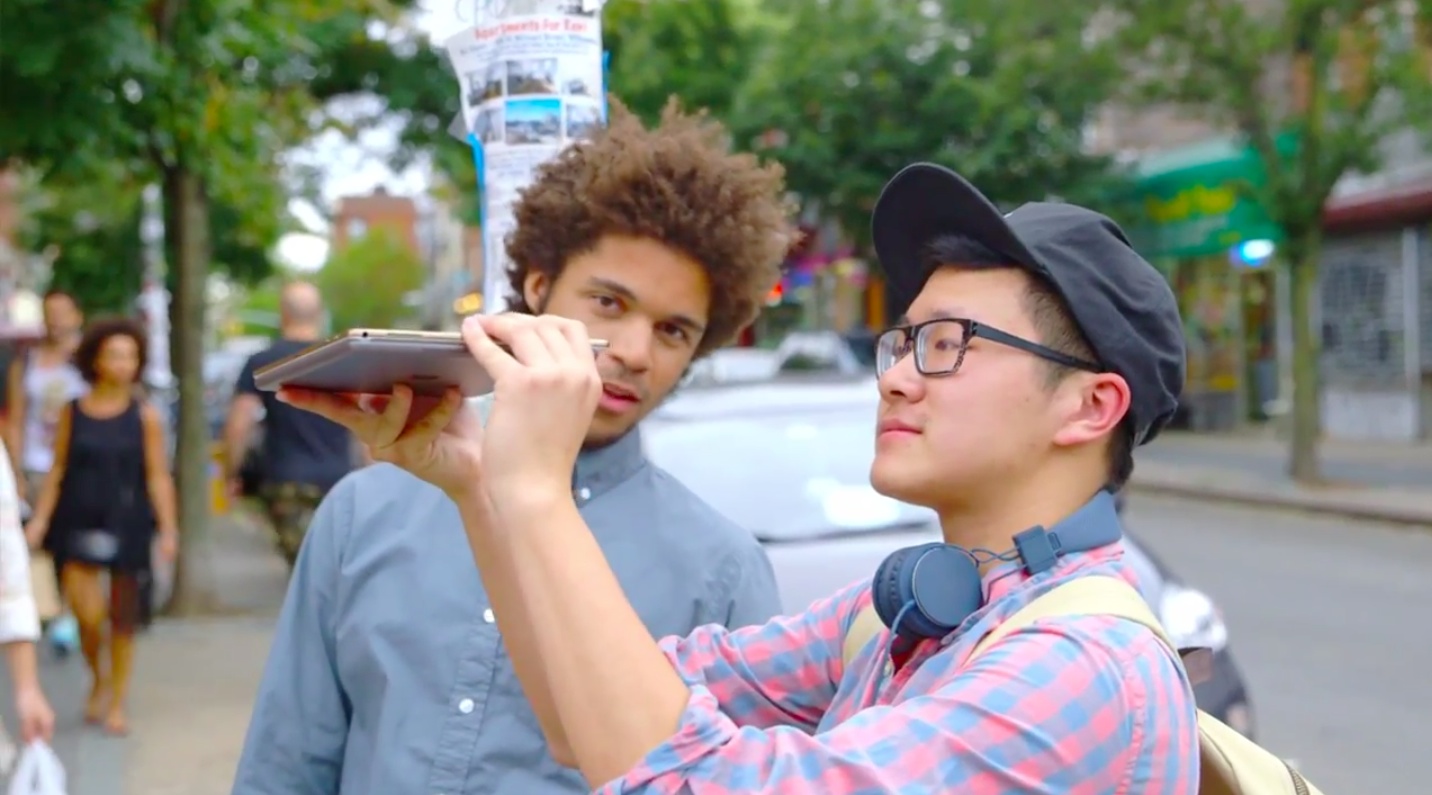 Samsung on Friday posted a new anti-iPad commercial on its YouTube channel. First spotted by iGeneration, the ad at first blush appears to have borrowed a few cues from the South Korean firm’s original anti-iPhone ad which lampooned people who’d wait in the line for a new iPhone.

Specifically, the commercial asks supposedly random hipsters on the streets of New York City to take the Galaxy Tab S for a test drive and compare it to the iPad Air.

As you could imagine, the video emphasizes the Samsung tablet’s thinness and lightness while praising its bright Super AMOLED display versus the iPad Air’s LCD screen.

The video runs one minute and 22 seconds long, here it is.

It must be an amazing coincidence that literally each and ever one of street-goers would choose the Samsung device over Apple’s. Even more remarkable is the fact that one guy can tell the subtle 0.9mm difference in depth between the Tab S and the iPad Air, just by looking (it’s “definitely thinner,” he proclaims).

Another supposed street-goer demonstrates an uncanny ability to pick up the equally subtle 11-gram difference in weight between the Samsung tablet and the iPad Air — again, just by holding the devices.

The ad makes point of the fact that the Tab S has “one million more pixels than the iPad Air”, with the fine print saying that the Samsung device features 4,096,000 pixels versus 3,145,728 pixels on the iPad Air.

On the other hand, there’s no denying that Samsung makes “the best screens in the world,” as one of the ad’s characters put it.

For the sake of completeness, the Galaxy Tab S has a widescreen WQXGA 2,560-by1,600 pixel resolution Super AMOLED display versus the iPad Air’s 2,048-by-1,536 pixel Retina LCD IPS screen.