The search giant Google yesterday posted the first beta of the upcoming Chrome for Mac browser with 64-bit support, following the public release of 64-bit Chrome for Windows earlier this week.

For those unfamiliar with it, Chrome Canary is an experimental Chrome version for testing upcoming new features in their earliest form, and before they make their way into the beta and then the stable channel.

Mac users on the Chrome beta channel should have been updated to a new 64-bit version of Chrome 38 for Mac. If not, you can download your copy direct from Google and start reaping the benefits of 64-bit browsing.

According to Google, 64 bits won’t make everything run twice as fast, but it does “allow us to make a number of speed and security improvements”.

You should nevertheless experience faster performance due to Chrome having access to “a superior instruction set” and other features of Intel processors.

Security has been heightened as a result, too. Like iOS 7, OS X automatically loads 32-bit copies of all of the system libraries whenever you open a 32-bit app.

As Chrome is among the few remaining holdouts regarding 64-bit support, using the 32-bit Chrome browser on your Mac when it was the last remaining 32-bit app will degrade system performance and increase memory usage.

Therefore, 64-bit Chrome for Mac reduces overall system memory use and launches itself more quickly. Going forward, Chrome for Mac will no longer support 32-bit NPAPI (Netscape Plug-in APIs) plugins, but average users shouldn’t be affected as most major plugins are available in both 32-bit and 64-bit form.

NPAPI support will be removed from Chrome later this year, the company said.

To see if your copy of Chrome is 64-bit, check Chrome’s About page (chrome://help) and then the version number field: it should bear identification code “64-bit”.

Should Google’s usual release schedule hold true, the stable version of 64-bit Chrome for Mac will drop in a month or so.

Released Tuesday, the stable version of 64-bit Chrome for Windows offers under the hood changes to support 64-bit computing and stronger security.

Google said that the VP9 codec used for HD YouTube videos runs fifteen percent faster as a result of Chrome’s support for 64 bits.

As for the most recent stable version for Windows, Mac and Linux which released the same day (download it here), Chrome 37 offers new extensions APIs for developers, improved font rendering on Windows and a host of bug fixes but no major new features. 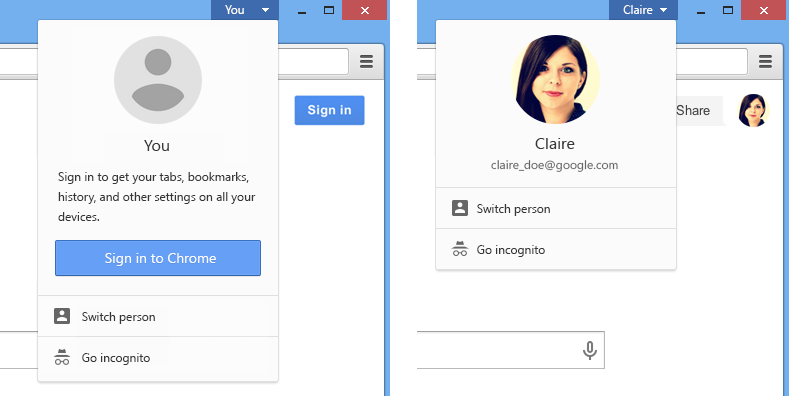 Lastly, the latest Chrome 37 Beta introduces a few new ways to share your computer without letting other people see your browsing history or change your settings.

As seen above, first click on “You” in the upper right corner of your Chrome window then “Sign in to Chrome.” You’ll be able to switch devices and pick up where you left off with all of your tabs, bookmarks, and history automatically kept in sync.

If you share a computer, you can now “Switch person” in the upper right corner of the Chrome window to easily create a profile where all your bookmarks, Chrome apps, themes, settings and other data are stored. 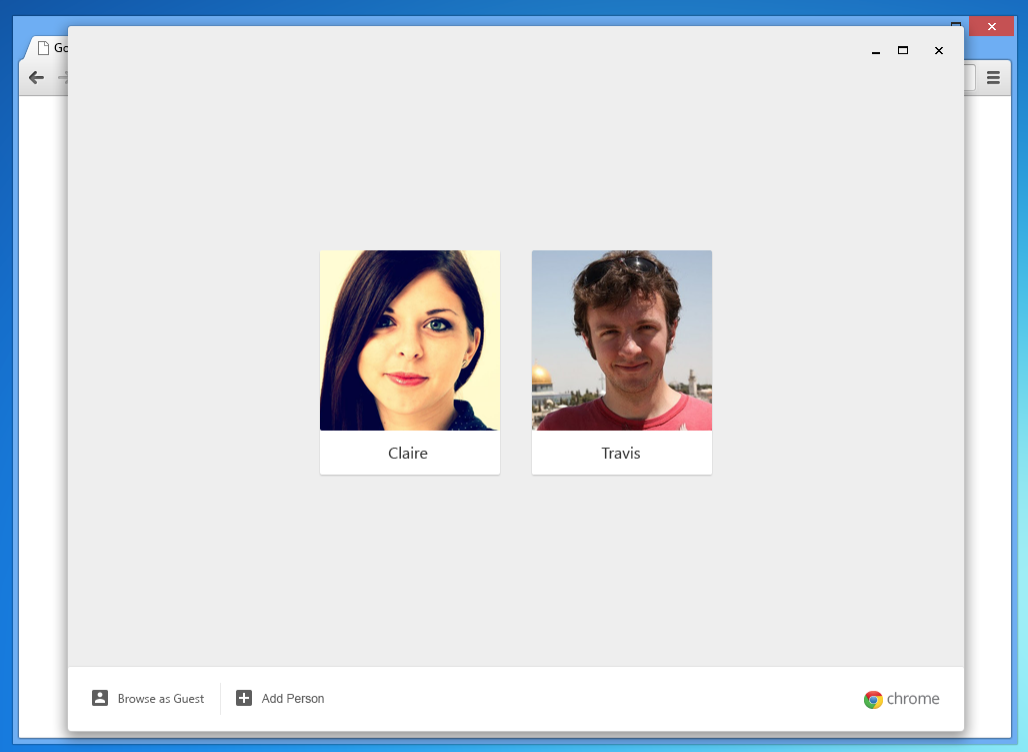 You can create as many profiles as you want and easily switch between them.

This is a great way to share your computer between, say, family members while keeping your Chrome stuff separate and I wish Apple offered a similar feature in Safari.

Oh, and there’s also a brand new “Guest mode,” a great addition when someone needs to use Chrome on your computer quickly but you don’t have a profile ready for them.

Guest mode also doesn’t leave any traces of the Guest account’s activity in terms of sites visited and other browsing information. To get started with the Guest mode, click on ”You” in the upper right — or your name if you’ve signed in — then choose “Switch person” and finally “Browse as Guest”.