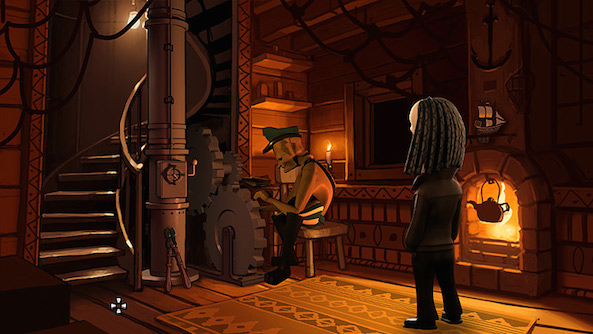 In 2012, SkyGoblin launched the first part of an incredible new episodic adventure game that swept iOS users off their feet. The hand painted graphics in The Journey Down: Chapter One are artistic and perfectly suited for the mobile gaming environment. The story is interesting and the characters are funny. The game is great, but is only the first in what is supposed to be a four-chapter story.

Today, The Journey Down: Chapter Two has finally landed in the App Store. For fans of the original, you’ll be happy to know this is just as fun as the first. For those who have never heard of the game, you can download the first chapter for free to celebrate the launch of chapter two. 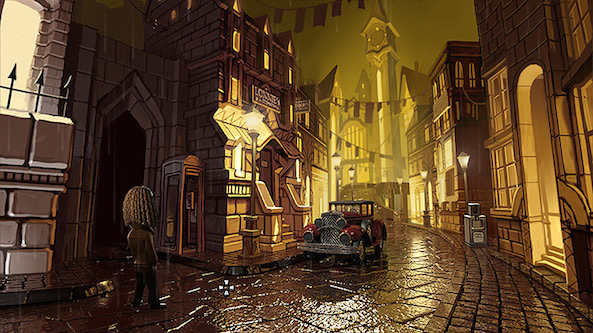 In the first chapter of The Journey Down, we meet Bwana and Kito, two brothers who own a rundown gas station. The duo embark on an adventure thanks to the help of their new friend (and financial backer) Lina. Along the way to tracking down the lost journal of the Underland, Bwana and Kito learn a lot about friendship, life, and what may have happened to their missing adoptive father, Captain Kaonandodo.

The second chapter picks up where the first left off. Bwana, Kito, and Lina are stranded after their plane crashed due to lack of fuel.

The game plays out like a movie with story and character development. The voice acting is fantastic and the dialogue moves the plot along. Players interact with various characters and look for important clues and objects. Drag your finger around on the screen to find objects to interact with. Then, tap on an item to find out more. 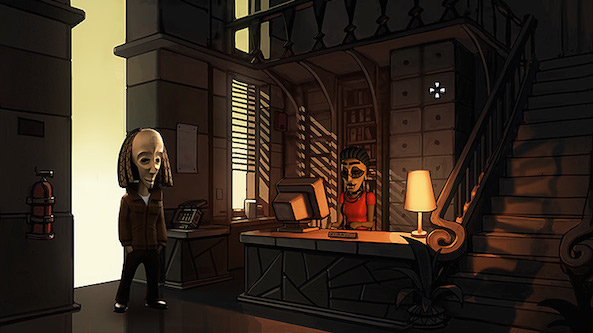 Like all good adventure games, players hold conversations with characters to find out where to head. Then, use clues to solve puzzles that reveal new items that help get to the next step. Throughout, you must perform a series of tasks that will eventually lead to the answer or solution to a problem and then send your characters along a new path.

You don’t have to play chapter one in order to understand chapter two. In fact, there is a portion of the beginning of the game that summarizes what happened up to that point. However, if you want to follow the team on the first leg of their adventure, The Journey Down: Chapter One is free to download during the first week of the sequel’s launch.

The Journey Down: Chapter Two is available on the iPhone, iPad, and iPod touch for $4.99. Download it in the App Store today.