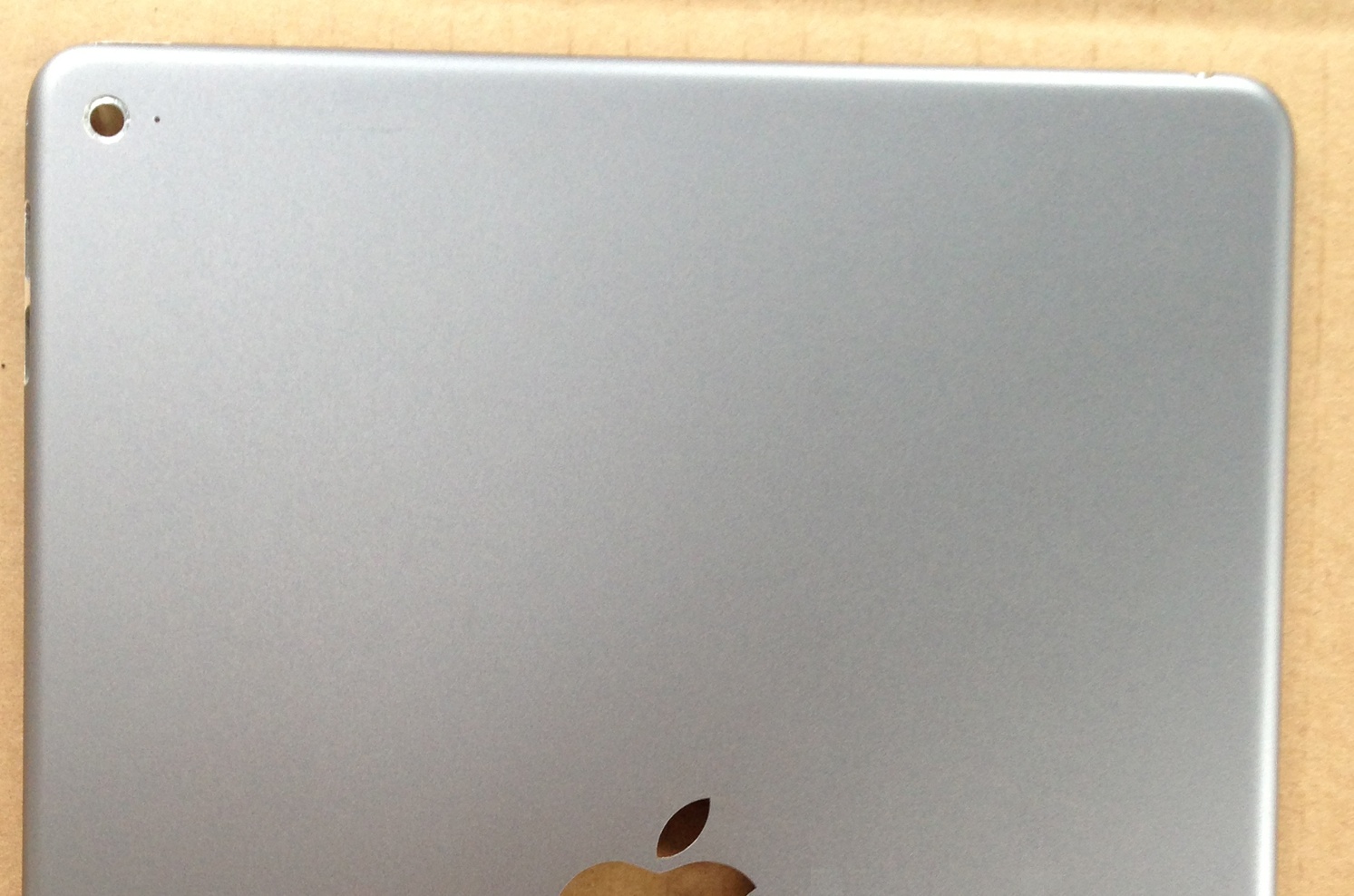 A pair of photographs of excellent quality were published Wednesday morning by the increasingly reliable French blog NowhereElse.fr, seemingly picturing a purported rear shell of a sixth-generation full-size iPad. The device, which Apple will probably call the iPad Air 2, should be unveiled in October.

The rumor-mill hasn’t leaked many iPad Air 2 parts so this particular component offers an insight into some of the minor design tweaks.

For starters, the volume buttons are said to be inset in a recess. Also, a hole for the microphone on the back is now positioned alongside the camera rather than being centered on the top.

The device’s interior appears to be revised slightly, too.

NowhereElse.fr claims [Google Translate] it’s been able to get hold of these high-quality images from an unknown source. Here’s a look at the assumed rear panel with the Apple logo cutout and the camera/mic holes next to each other. 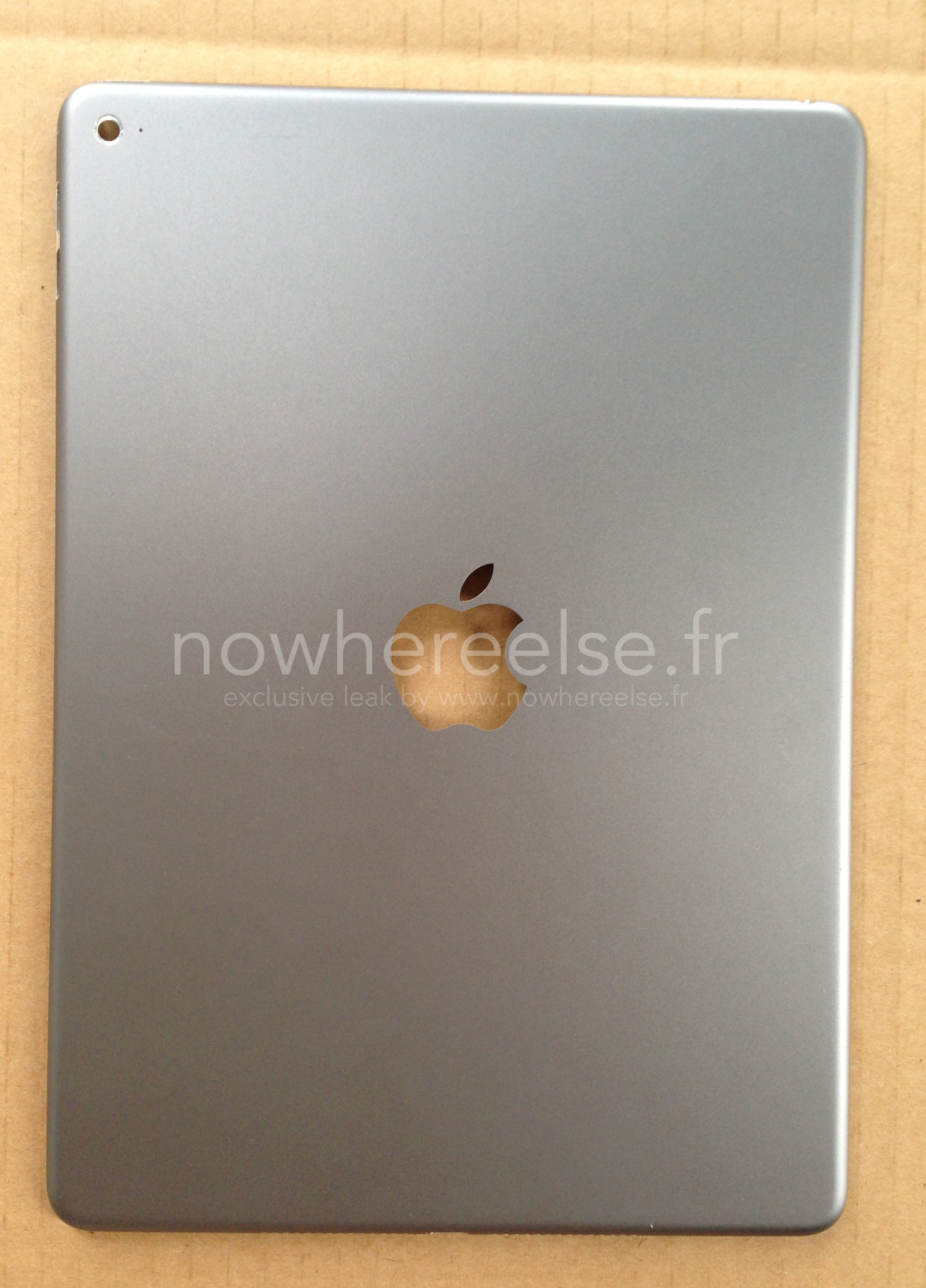 And another look at the interior layout. 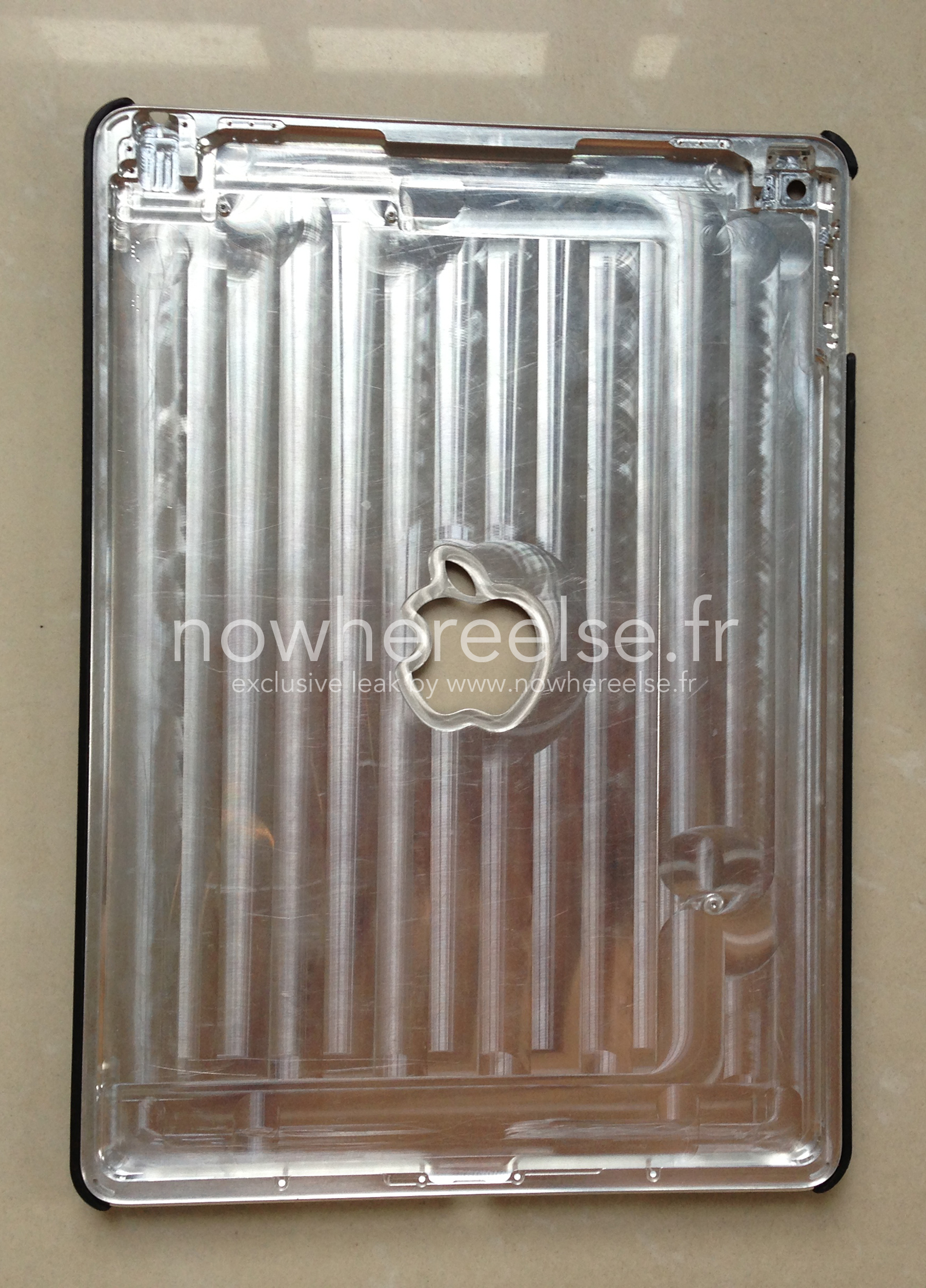 The previously leaked iPad Air 2 components include Touch ID, SIM trays, the power/sleep button, GPS antenna, a mic and Wi-Fi module, to mention but a few.

If history is an indication, Apple will unveil the new iPads at a media event in October.

The rumor-mill is praying for the Touch ID sensor, a faster A8 chip with 2GB of RAM, improvements to the cameras, anti-reflection coating on the display for better readability outdoors, light changes in the device’s appearance and more.

The video below highlights some of the possible design changes.

Yesterday, Bloomberg revived a rumor that Apple was readying a brand new 12.9-inch iPad model for release later this year. Bloomberg’s sources privy to the matter are adamant that Apple is now shooting for an early-2015 release as production of the device is scheduled to begin by the first quarter of next year.

It’s not surprising that Apple is looking to shake up the iPad lineup: last quarter, the firm sold 13.2 million iPads versus the 14.4 million expected. It was the second quarter in a row to have come slightly below expectations concerning iPad numbers.

In a brief interview with Re/code reporter and columnist Walt Mossberg, Apple’s boss Tim Cook said that any slowdown in iPad sales should be interpreted as just a “speed bump”.

“We couldn’t be happier with how we’ve done with the first four years of the iPad,“ Cook told Mossberg and added that, “I’d call what’s going on recently a speed bump, and I’ve seen that in every category.”