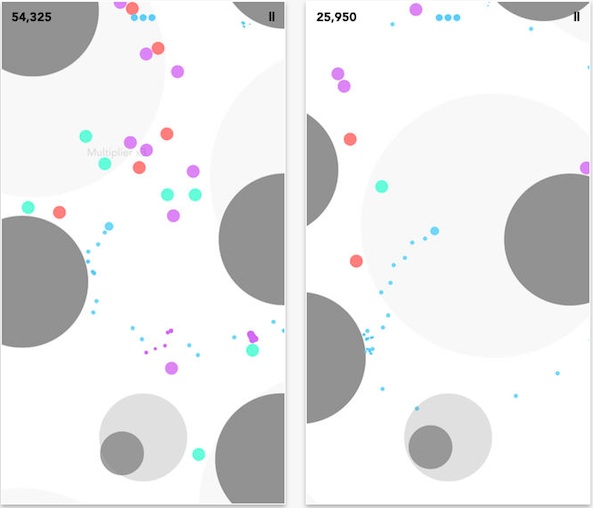 Sometimes, the best games are the simplest ones. I don’t necessarily mean minimalistic, either. Games that only have one or two goals or only one control mechanism are great for distracting you while not requiring too much of your attention.

CiRCA6 is a simple arcade game where players move a dot around on the screen, destroying other dots. There isn’t much to it, but it has just enough of a challenge to keep you coming back for more. 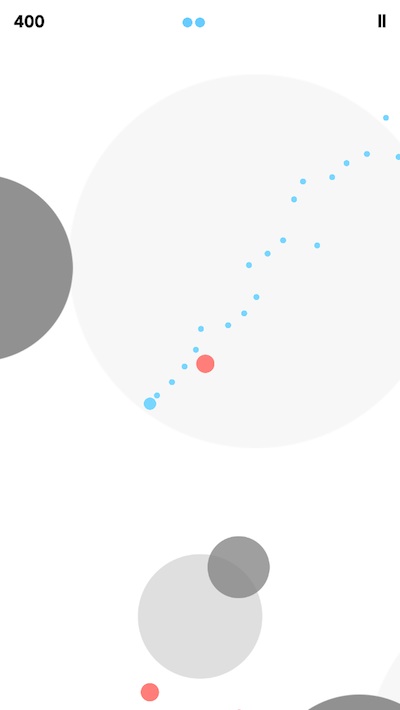 Players control a small blue dot by using a joystick in the lower center of the screen. When the dot moves, it leaves behind a trail in its wake. The goal is to destroy the red dots by causing them to run into the wake. When a dot is coming at you, turn and run. It isn’t cowardly. It’s how you win.

The challenge lies in the fact that the virtual joystick moves your dot in the exact opposite direction that you move. It works in a sort of propelling motion. When you turn the joystick to the left, the dot goes right. When you move upward, the dot goes down.

After a bit of practice, you start to get used to the controls, but when you are surrounded by encroaching enemies, you might forget and accidentally run right into one of them. 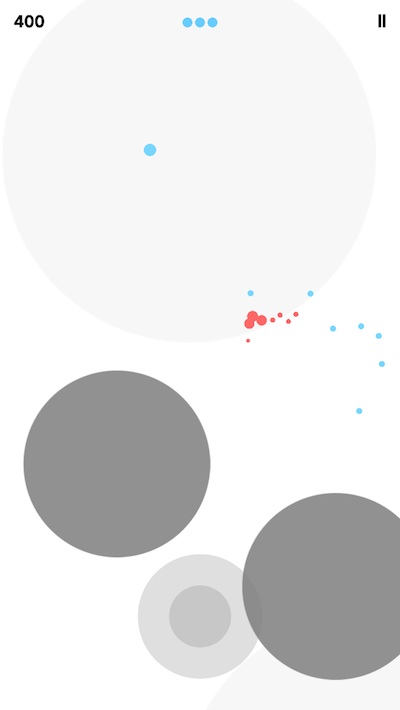 There are also pink and blue dots that help you. Blue dots destroy all nearby enemies and pink dots slow down time. Chasing after the power ups is even harder than destroying the enemy. Not only are you surrounded by things that will kill you if you run into them, but you could also accidentally destroy a power up if it gets into your wake.

The environment is peppered with big gray bubbles that keep you from flying in a straight line. You may think you are out of reach of a red dot, only to find a giant obstacle in your way, forcing you to redirect into another cluster of bad guys.

As the game progresses, new colored dots will enter the arena. Different colors have different capabilities, like faster reflexes, making them harder to destroy.

CiRCA6 used to be a premium game at $0.99. However, it recently dropped in price to free. Currently, there are no advertisements in the game, but I’m not sure if that will change over time. How else will the developer make money for all of his hard work? Download it in the App Store today.