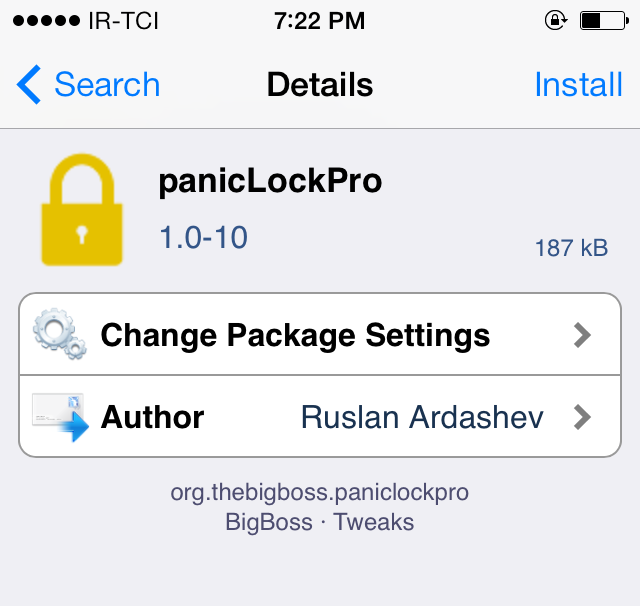 Do you have nosy friends or roommates who sneak into your Messages app from time to time? Are you concerned about your privacy when handing your device to someone else? If you answered yes to any of these questions, you should probably check out a tweak called panicLockPro that secures the private data on your iPhone or iPad.

With panicLockPro, you can quickly lock applications via an Activator gesture and secretly protect the private data on your iOS device. The tweak allows you to select individual apps that you want to lock out and prevent unauthorized access to. 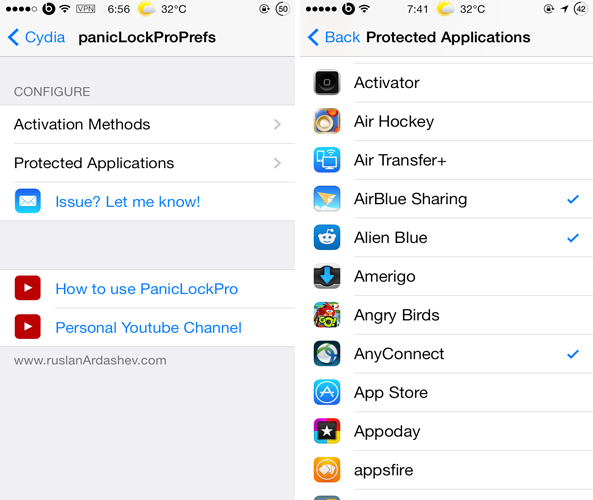 Once you’ve installed panicLockPro, a new preferences pane will be added to the Settings app where you can configure the tweak. You’ll be able to choose an Activator gesture that will allow you to enable the tweak to lock selected apps. You’ll also find a list of all stock and third-party apps installed on your device which you can lock individually.

Once you’ve selected the applications that you want to lock, you’re not required to respring your device for the changes to take place. After enabling the tweak via your chosen Activator gesture, a locked application will not launch whenever someone attempts to open it. If you want to disable the tweak, you’ll have to perform the Activator gesture again.

The tweak will come in handy in many situations and is a simple yet efficient way of protecting your privacy.

panicLockPro works as advertised and is available on Cydia’s BigBoss repository for $0.99. The tweak is also compatible with all iOS 7 devices. There’s also a free version of the tweak in Cydia called panicLock, but it locks all applications, unlike the pro version which offers per-application locking.

What do you think of panicLockPro? Does it help protect your privacy? Let us know in the comments section below.