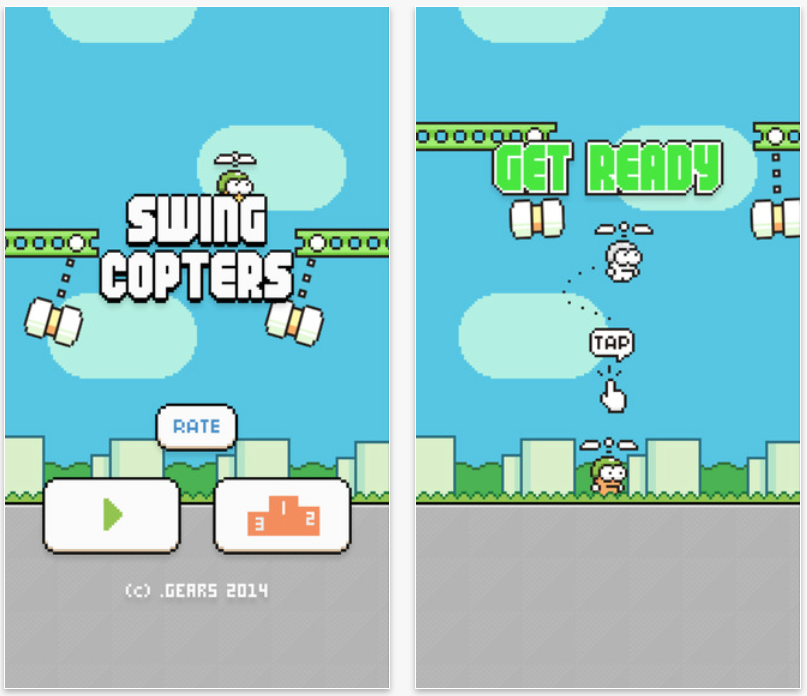 As promised, ‘Swing Copters,’ the latest game from Flappy Bird developer Dong Nguyen is now available in the App Store. It’s free, with a single $1.29 in-app purchase to remove ads, and it supports both the iPhone and iPad.

The premise of the game is actually quite similar to Flappy Bird—navigate your character through obstacles as you scroll through a level. You’re going upward this time, instead of side to side, but you’re still furiously tapping… 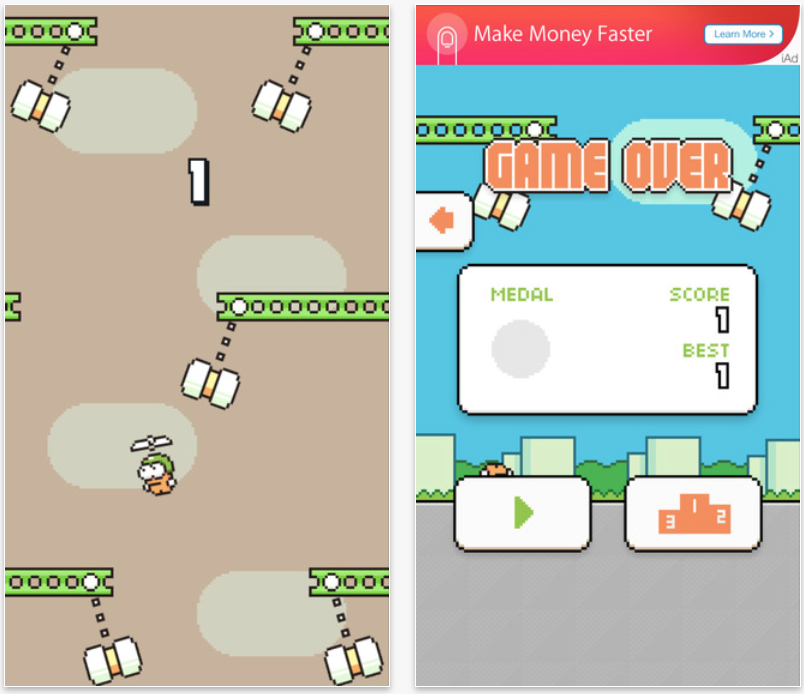 As you can imagine, there’s not much to Swing Copters. The App Store description is literally a single sentence, “flying with a propeller hat is not as easy as it looks,” and a set of dead simple instructions: tap to change direction.

Like Flappy Bird, the game is both frustrating and addictive. The swinging hammers make it very difficult to zig-zag your way through, but tapping just right, even if just for a moment, gives you a feeling that makes you want more.

It’ll be interesting to see if Nguyen can capture lightning in a bottle a second time. Of course by now, most of you have heard the story of Flappy Bird, which was earning a reported $50K per day in ad revenue before Nguyen pulled it.

Once again, folks wanting to check out Swing Copters can find it in the App Store for free.