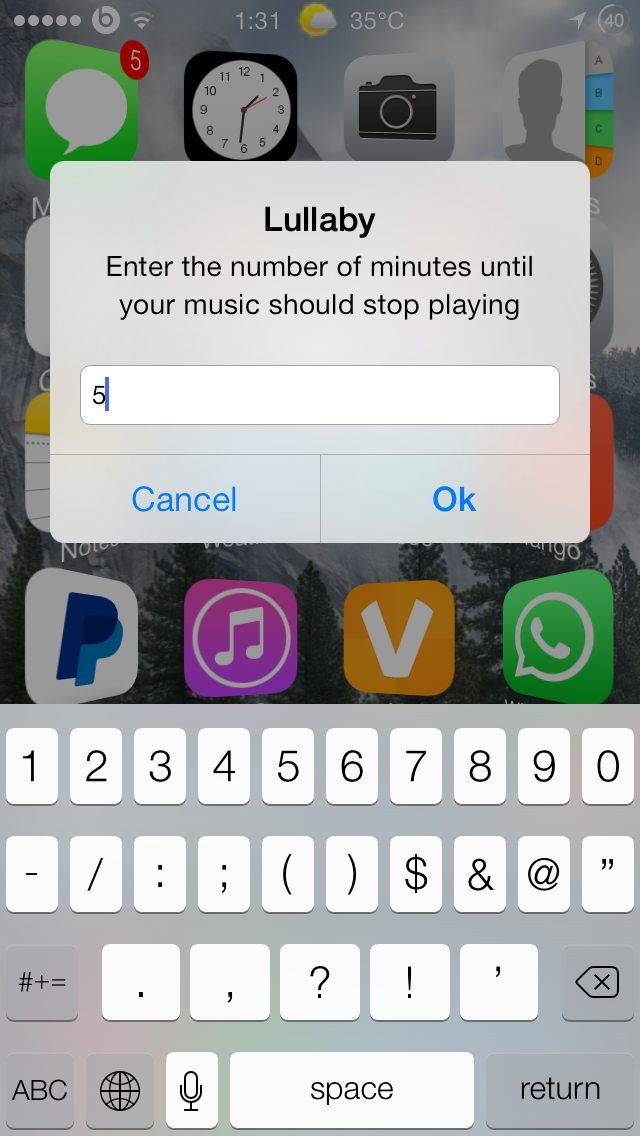 If you listen to music regularly before going to sleep, you should probably check out a new tweak called Lullaby. Brought to you by the same developer who created Hermes and Acute, Lullaby ensures that the music playing on your device stops automatically after a set amount of time. Lullaby can also be used for other purposes as well such as while exercising.

Once you have installed the tweak, you’ll have to set an Activator gesture to get started. Upon invoking Lullaby through Activator, a box will pop-up asking you to enter the timer. Once done, the music will stop playing after the timer ends.

Lullaby works perfectly with the stock Music app, but it doesn’t work with third party apps such as Spotify. Also, I sometimes noticed that it causes my device to lag a lot after setting a timer. Although it’s a useful tweak and can be used for various other purposes as well, I’m not sure it’s worth the price, especially since iOS offers a similar feature which can be achieved through the stock Clock app.

Personally, I wouldn’t recommend you to buy it because of the reason that I mentioned earlier. Yet, if you’re interested to give Lullaby a try, you can purchase it from Cydia for $0.99.

What do you think of Lullaby? Is it worth the price or should it be free? Let us know in the comments section below.