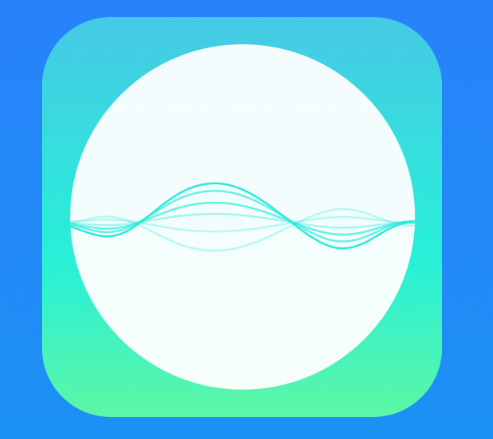 Acute is a brand new and highly anticipated voice control tweak for jailbroken iOS user. We’ve been playing around with it for a day or so, and we really like what we see thus far. This tweak has potential.

Acute allows users to create custom phrases that can be uttered from anywhere within iOS. Once Acute detects a phrase, it will launch a pre-configured action, or a custom action based on your custom phrases. Actions can be linked to any Activator action, which makes this tweak extremely versatile and powerful.

Once you install Acute, you’ll be guided through a calibration process where the tweak gets to know your voice. The tweak doesn’t really denote how it does this, or how effective the process is, so we have to take the developers word for it.

After the calibration process is completed, you can venture into Acute’s preferences to set it up. The first thing you’ll need to do is create a custom phrase. Custom phrases are typed in using the iOS keyboard, and these phrases are then recognizable by Acute’s voice recognition engine. 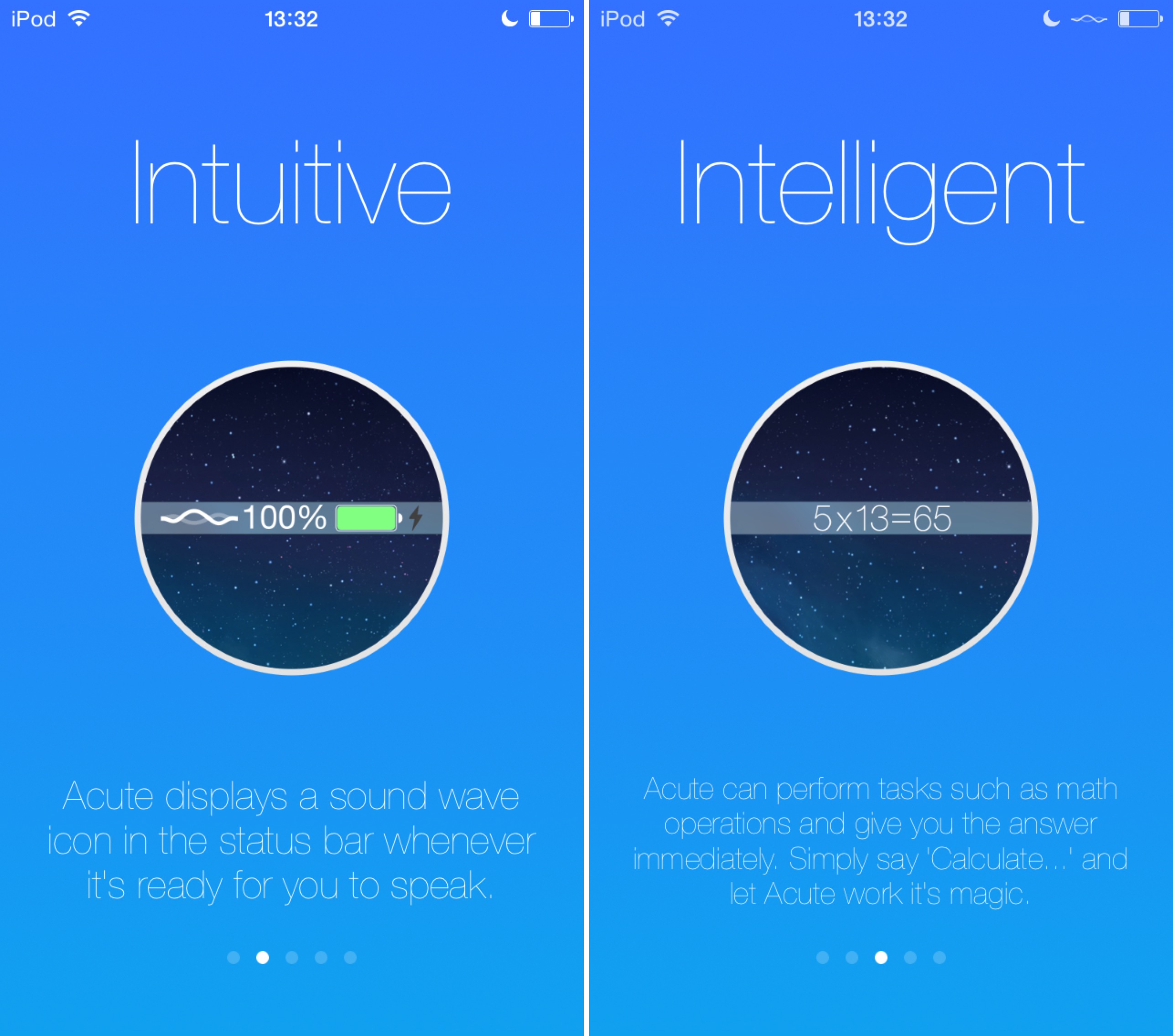 Next, in perhaps what is the most important part of the tweak’s setup, you’ll need to establish an Activator gesture to invoke Acute’s listeners. I assigned this action to a double-tap of the status bar. Whenever I want Acute to listen for amy voice, I use the double-tap gesture to start the listener.

Acute contains other options—the ability to calculate arithmetic problems, and the ability to use alert notifications upon a successful voice gesture—but the former needs some work before it’s ready for prime time. Enabling the calculate toggle slows the tweak down to a crawl, which makes it virtually unusable. 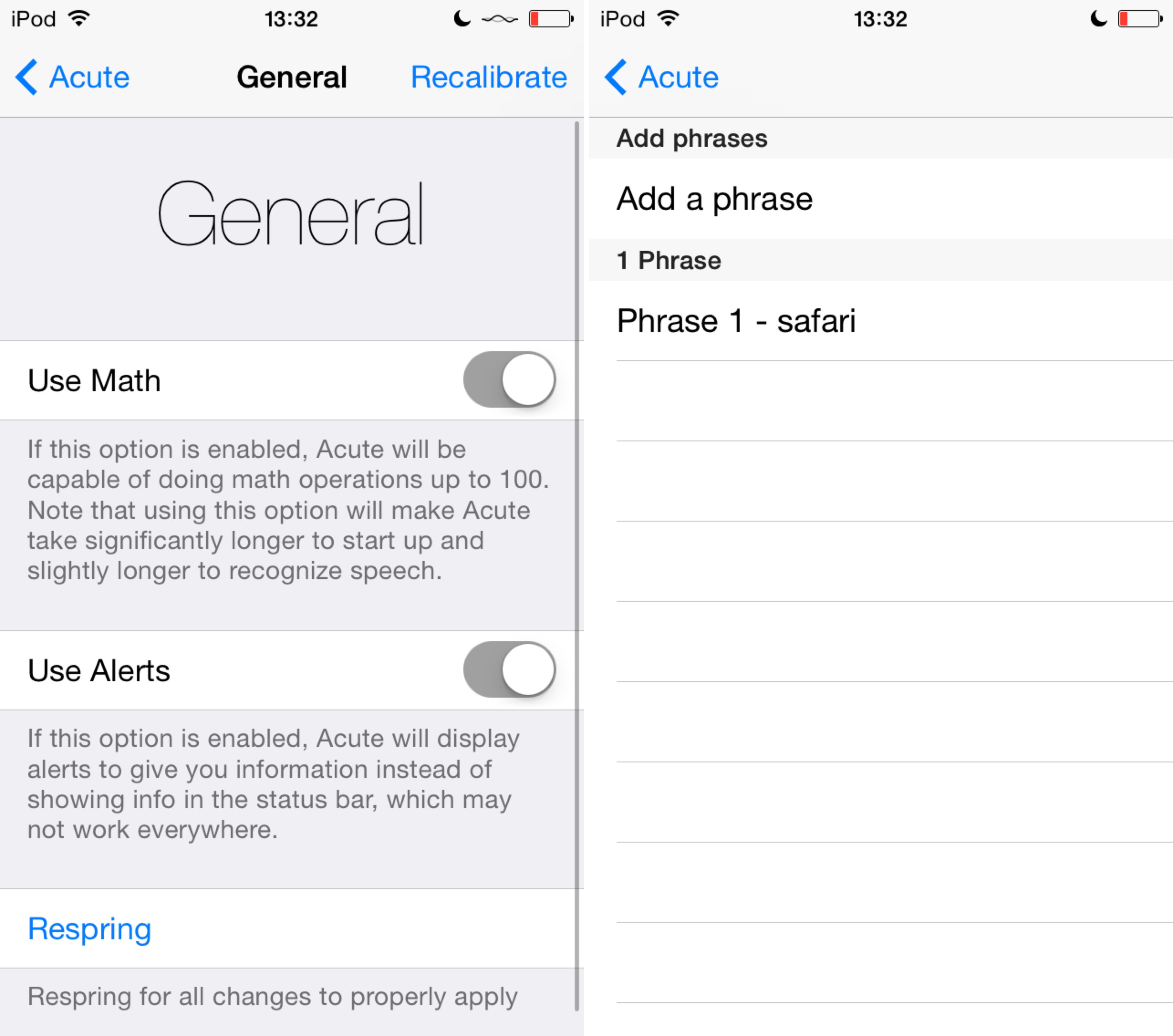 Acute’s basic features, however, are fairly well-done and responsive. When you invoke the listener, you’ll see a little waveform appear in the status bar denoting that it’s listening. You can then speak using your custom phrases or any one of Acute’s built in phrases (Home, Unlock, Illuminate, Power Down, Capture, Marco) to launch Actions. The names of successful actions will be displayed in the status bar for further confirmation.

You can find Acute right now on Cydia’s BigBoss repo for $3.00. It’s not perfect, but as stated, it does have loads of potential. Have you tried Acute yet? Sound off in the comment section with your thoughts.