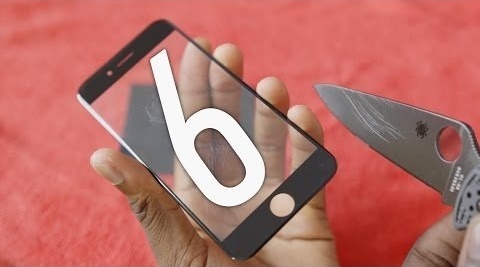 Boston-based Gazelle, which lets you sell used electronic devices, is ramping up its iPhone trade-in offering ahead of the expected iPhone 6 announcement on September 9.

If you send them your used device, Gazelle may treat you to up to a cool $350 in cold hard cash, dependent on its condition. Under the terms of the program, users have up until September 9 to get a price quote for their device.

Even better, you don’t need to send Gazelle your device until October 10…

To get a locked-in quote for your used device, visit Gazelle.com now.

For those wondering, the $350 in trade-in value is for a “Flawless” 64GB iPhone 5s. If your device has a smashed screen like mine, you’re out of luck.

As revealed by AppleInsider, customers can get a quote for their device during the extended price-lock window between now and September 9.

And this year the company is upping its price-lock window from the historical 30 days to over 50 days in order to make sure consumers can purchase and set up their new iPhone 6 long before having to drop their old iPhone into the mail. Gazelle says anyone who locks in a quote before the September 9 will have until October 10 to send theirs in.

According to the below chart showing historical price changes in device value around new iPhone announcements, Gazelle’s trade-in values typically drop 20 percent in the 60 days around the introduction of a new model. 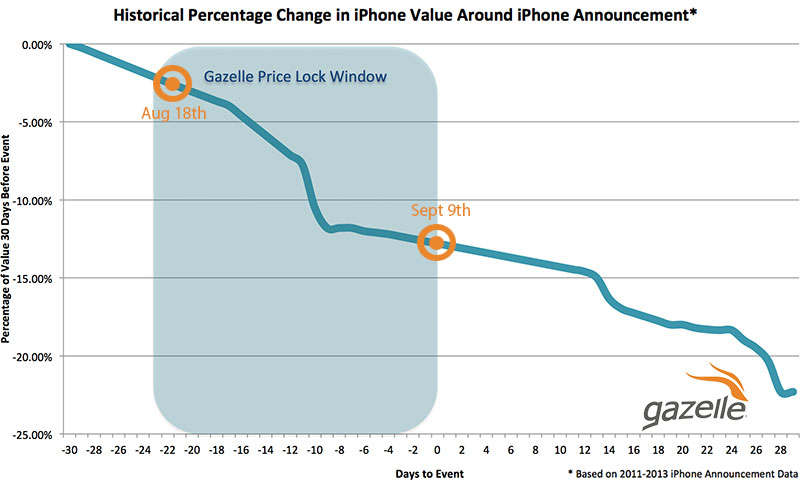 Those in the market for a brand new iPhone 6 are strongly suggested to maximize their device value by getting a lock-in quote from Gazelle.com now, especially considering the firm does not actually need your device before October 10.

Of course, eBay or Craigslist might be a better choice.

Here’s a handy list of trade-in quotes for used iPhones in “Good” condition that TUAW put together:

It was my original intention to trade in my iPhone 5s ahead of the iPhone 6.

Unfortunately, a few months ago the device slipped out of my hand and fell on the concrete face down. Now I’ll need to pay about €150 (circa $200) for an on-site iPhone 5s screen replacement in one of Apple’s retail stores in Europe before putting it on sale.

Visit Gazelle.com to get a quote for your iPhone.