Twitter has announced today that it is moving forward with its ‘Promoted Video’ ad project. The site has been testing Twitter Video Cards for several months now, and the results show that Tweets containing native video generate better engagement and more video views than other types of ads.

Thus, the company made it official today, saying that it’s going to be performing a public beta test of Promoted Video on Twitter. The goal of the test is to make it easier for brands to upload and distribute video on the social network, and then of course to measure the reach and effectiveness of it all…

In the spirit of making campaign setup easier, we now offer advertisers the ability to run ads with a new Cost Per View (CPV) ad buying model. This means advertisers only get charged when a users starts playing the video. Additionally, advertisers using Promoted Video have access to robust video analytics, including completion percentage and a breakout of organic vs. paid video views.

Twitter says its end game is to bring more video into users’ timelines to “create a richer and more engaging” experience, but we’re guessing this is more about the bottom line. While the company did well in its most recent quarter, analysts are still concerned about its long-term ability to make money. 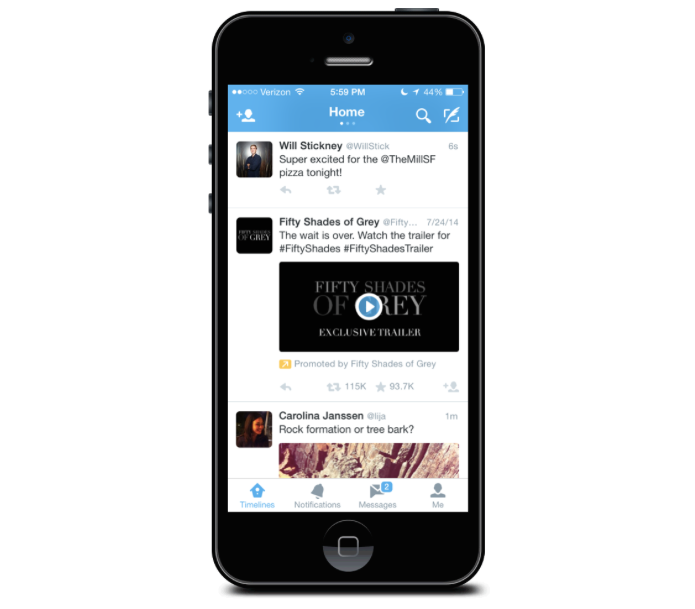 Again, the whole thing is still in beta, but expect to start seeing these clips show up in your timelines if you aren’t already. “Video is an incredible storytelling medium and we’re thrilled to be giving brands, publishers and a subset of verified users the ability to share organic and Promoted Video on Twitter.”