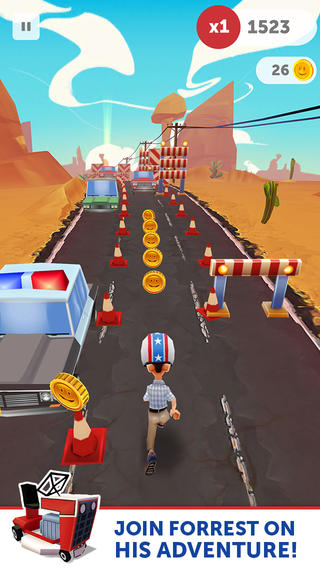 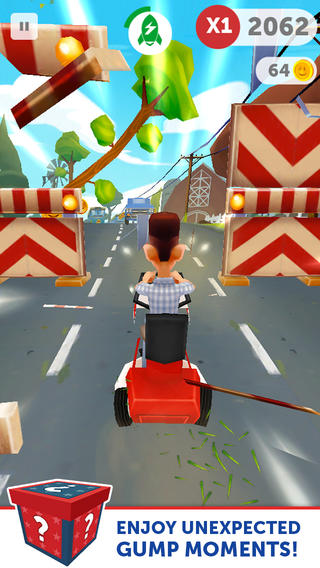 Forrest Gump is one of my favorite movies of all time, not just due to Tom Hanks’ career-defining performance as one of the most likable film characters — I particularly fell in love with the epic romantic storyline involving an athletically prodigious native of Alabama.

Those who’ve watched the movie (and if you haven’t, you’re missing out — big time) surely haven’t forgotten the scene of Gump running across the country.

Well, the scene has been conveniently turned into an endless-runner game for the iPhone and iPad. A free-to-play download contains optional bonuses and power-ups in the form of In-App Purchases, but despite the dreaded APIs and nagging Facebook prompts, I’d highly recommended Run Forrest Run to those who can’t get enough of endless runners, as well as to anyone who enjoyed the 1994 Robert Zemeckis movie…

You are, of course, Forrest Gump, the movie’s main protagonist.

As the title suggests, Run Forrest Run is a lane-based game which recreates the famous running scene from the film. You’ll be collecting a band of followers along the road while encounter unpredictable obstacles through different scenarios.

Guide Forrest on his trip and take control as he sets off from the humble countryside of Alabama, along the famous Route 66 and beyond. Remember the world will never be the same once you’ve seen it through the eyes of Forrest Gump.

First, check out the official trailer.

And now, watch the iconic movie scene where a young Forrest runs from some thugs. Later in his adulthood, the unfortunate event inspires him to kick off a run across the country.

TouchArcade has a nice hands-on up so give it a read for additional info. 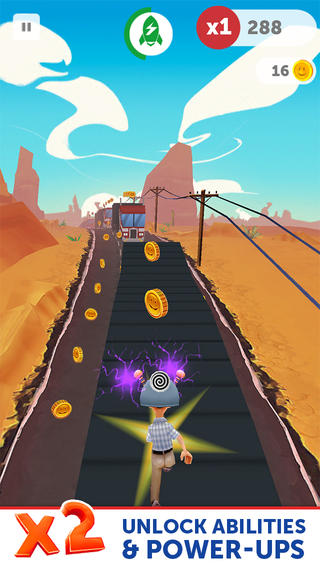 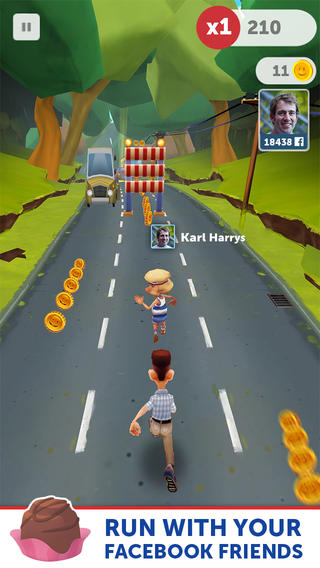 Speaking of movies, there are several instances in which Gump finds himself participating in some of the defining events of the latter half of the 20th century.

Pictured below: the scene of Forrest Gump becoming an instant millionaire.

In a nutshell: Forrest’s best friend Dan (played by Gary Sinise) pours the money earned from their shrimp company into shares of a certain “fruit company”, which turned out to be Apple Computer.

The game is available free in the App Store.