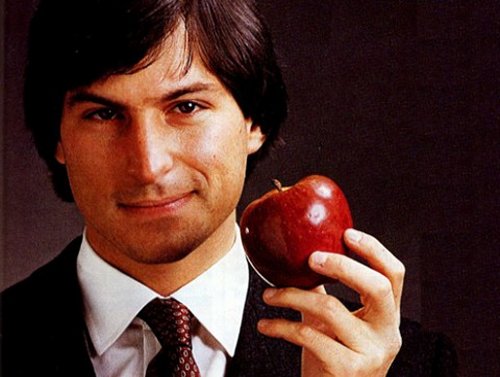 Would you be willing to open your home Wi-Fi network to total strangers, so that passersby and folks in your near vicinity could join it and surf the web for free?

These questions kept Apple CEO Steve Jobs up at night back in 2007 as he envisioned building an open Wi-Fi Utopia. The idea was born out of his frustration with sluggish mobile data networks at the time.

Basically, Jobs envisioned a system where iPhones could hop around from one open Wi-Fi hotspot to another, and he even planned to get other companies involved in a sort of consortium.

Here’s an excerpt from Mossberg’s article:

Apple co-founder Steve Jobs loved to walk around his neighborhood in Palo Alto, California. And after his pride and joy, the iPhone, was born, he naturally took it along with him on walks.

The first iPhone had a lousy, sluggish, cellular-data network, but it also had a much faster data option: Wi-Fi. It even had a feature (still present, but much less touted) that popped up a list of nearby Wi-Fi networks on the screen, so you could always find one in range.

But, he once told me, there was a big problem with that technique, one that he wanted to fix: Most of the Wi-Fi networks that popped up on his screen couldn’t be used, because they were secured with passwords.

Jobs said he understood the need for security, but he was determined to figure out a way to make free, safe, Wi-Fi sharing from homes and small local businesses not only possible, but common.

In a nutshell, Jobs was preoccupied with a potentially disruptive feature which, however, thus far has not become an industry standard in consumer wireless routers: guest networking.

Guest networking capability does come built into Apple’s line of AirPort-branded wireless appliances. With this feature, users can set up a separate Wi-Fi network, just for guests. It can be password-protected or use no password at all – the choice is yours.

Several other telecommunications providers and router manufacturers have since implemented guest networking in one form or another, including Comcast in the United States and Three, Fon, Iliad and other telecoms across Europe and Asia.

The Electronic Frontier Foundation, Mozilla and others even banded together, creating the Open Wireless Movement. Among other things, the initiative provides a firmware that adds the guest networking feature to certain home routers which don’t support it out of the box. 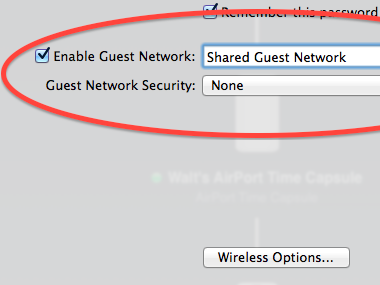 The good thing about guest Wi-Fi networks is that they allow access only to the Internet. Your primary Wi-Fi network, including any external storage device, printer or other LAN-attached device, remains secure and walled off from the clients connected to the guest network.

I have a guest network set up on my Time Capsule. It’s a very useful feature: friends that come over are free to connect to my Wi-Fi and I don’t even have to reveal my network password or expose my private Wi-Fi to them.

My only complaint with Apple’s implementation of guest networking is lack of data throttling, which means and device on my guest Wi-Fi can use up all my available bandwidth. What I’d love is a hassle-free way to allocate only a portion of my bandwidth to the guest network and maybe prioritize network traffic.

Was Jobs’s vision Utopian, do you think?

And under what circumstances would you be willing to share your home Wi-Fi bandwidth with strangers?