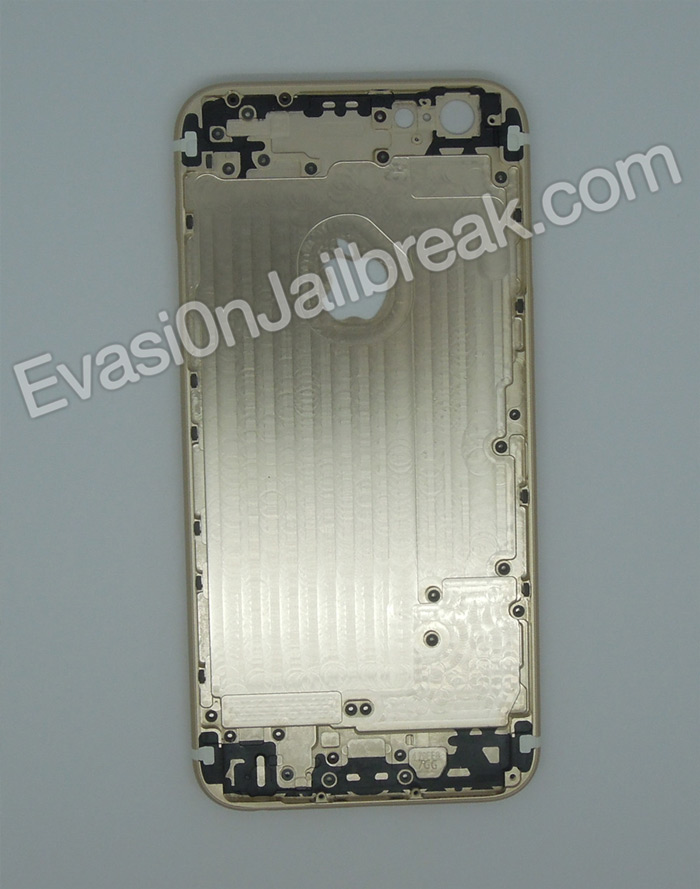 We’re supposedly less than two months away from Apple’s assumed iPhone 6 launch in September so little wonder that genuine-looking components continue leaking out of dorm rooms and factories left and right in China.

In collaboration with Evasi0nJailbreak.com and FreeAppLife, jailbreak tutorial writer Tanner Marsh claims to have received an alleged back housing part, in gold, of a 4.7-inch iPhone 6 from one of Apple’s suppliers in China and he has a video up to prove it.

Of course, we’ve thus far seen our fair share of various components though this particular leak seemingly corroborates that a pre-production version of the handset may indeed rock the somewhat controversial antenna breaks at the top and the bottom. Jump past the fold to give it a quick watch and join us in comments…

The footage offers a comparison between the current gold-colored iPhone 5s design and this purported pre-production back assembly enclosure believed to belong to a 4.7-inch iPhone 6 variant.

As this isn’t a final production part, it lacks Apple’s polish and shininess so that’s why you don’t see the “iPhone” text or the Apple logo on the back. 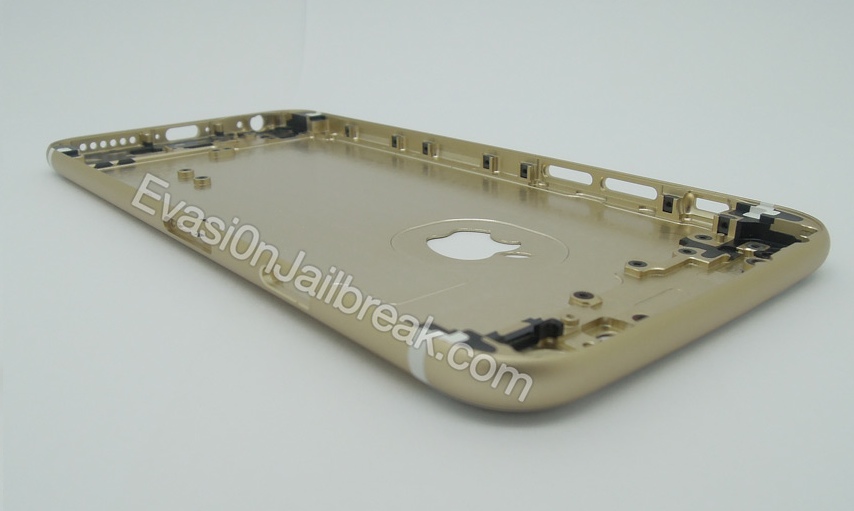 Notice the curious design details such as the relocated power/sleep button, a redesigned volume rocker and speaker grille, a round-shaped flash cutout and more.

Key takeaways: there’s (again) that cut-out for an Apple logo inlay (will it glow?) and we (again) get exposed to those unsightly antenna breaks on the back.

Standard caveats apply: we can’t vouch for the veracity of this footage nor can we confirm the legitimacy of the parts shown in the video. Again, not much to be gleaned from the footage in terms of new facts.

Stay tuned as Marsh is planning on releasing another video that will highlight additional aspects of the device, including detailed measurements, an analysis of the cutout for the Apple logo, a closer look at the flash module and more.

If you’re tired of waiting for the handset, how about an iPhone 6 covered in platinum and diamonds?

Pictured above and below, you can now preorder a 4.7-inch Lux 128GB iPhone 6 by Brikk in as much as fourteen different styles, starting at $4,495. 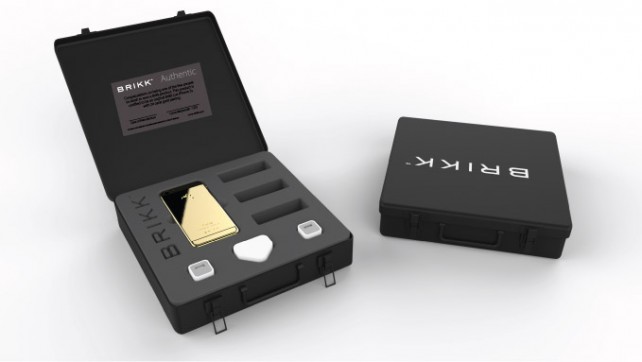 Prices go all the way up to a whopping $8,795 for a version with 24K yellow gold with diamonds. It’d be cool to own one of these beauties, but I have a mortgage to pay.

iPhone 6 back part images via Evasi0nJailbrak.com.