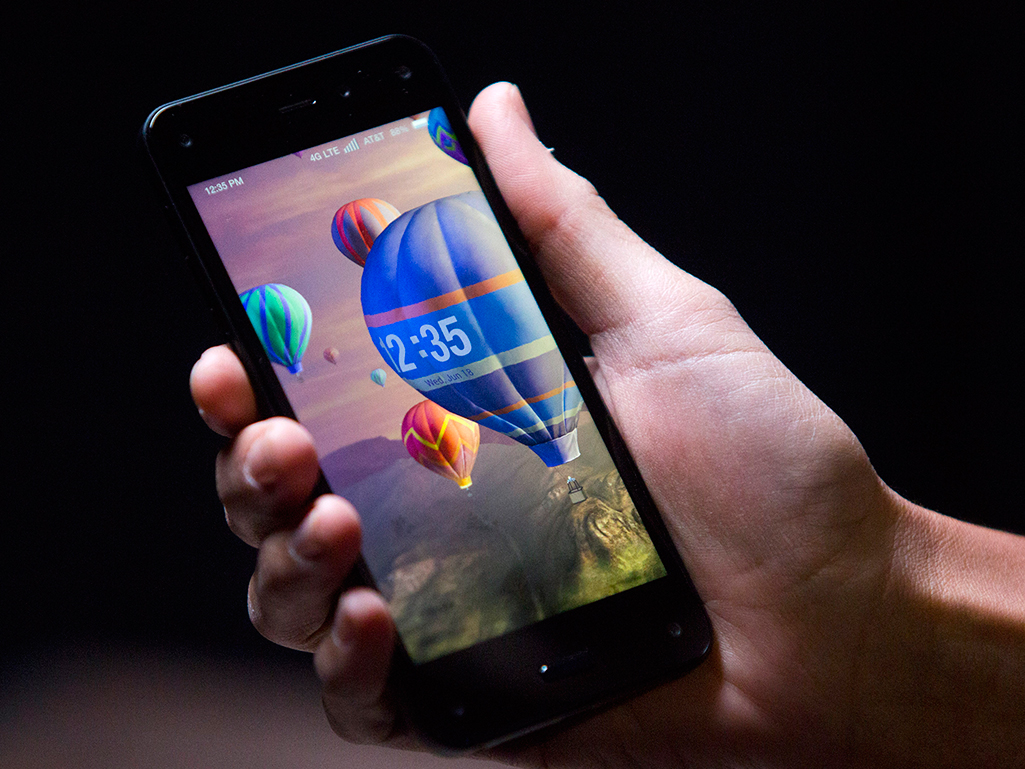 At a media event on June 18, Amazon entered the smartphone fray with the Fire Phone. Sure the company is 7 years late to a market that is largely dominated by a handful of heavyweights, but it hoped the device’s unique features would set it apart.

Tonight, the embargo lifted on early reviews of the handset, and they aren’t pretty. The consensus is that the aforementioned features—tilt scrolling, etc.—are gimmicky at best, and the phone itself is a pain to use. Read on for other initial reactions…

I think Amazon deserves credit for creatively trying to change up the familiar tap-and-swipe user experience on phones based on both Apple’s iOS and those, like Samsung’s, that use Google’s Android platform. And the phone is a competent device, with a vivid, crisp display, a very good camera, and dual speakers.

But I consider the Amazon Fire phone no more than an interesting first step. In my tests, I found its big new features less useful than I expected, and sometimes outright frustrating. And, arriving seven years after the debut of the first modern smartphone, Amazon’s new entry lacks some key functions both Apple and Samsung include.

The Kindle Paperwhite is what the Fire Phone should be, a device perfectly suited to its task with subtle improvements lurking behind every corner. And who knows? Maybe in seven more years we’ll have the smartphone equivalent. But this Fire Phone is more like that first Kindle: a device with so many features, so many ideas, that it has either forgotten or ignored what it’s supposed to be for. Dynamic Perspective and Firefly are impressive technological achievements with bright futures (if by some miracle Amazon can get its developers on board), and the Fire Phone is a remarkably efficient shopping machine. But it’s not a very good smartphone.

Amazon’s consumption-first approach works on tablets, for watching and reading and shopping. But tablets are for fun. Smartphones are for work, for life. They’re not toys, they’re tools. Amazon doesn’t understand that, and the Fire Phone doesn’t reflect it. Amazon’s first smartphone is a series of interesting ideas in a package that is somehow much less than the sum of its parts.

Farhad Manjoo of the New York Times on Dynamic Perspective:

At its best, Dynamic Perspective adds helpful gestures that allow you to get around the phone more quickly. Snap the phone to the right while you’re in the calendar app, you see your daily agenda; snap left and the agenda disappears. But these shortcuts are never reliable; a lot of times you’ll snap and nothing will happen, because the app you’re in isn’t coded for gestures.

Other instances of Dynamic Perspective are downright annoying. Take Auto Scroll, which moves the text on your screen as you tilt the phone back and forth. Because Auto Scroll calibrates its scrolling speed according to how you’re holding the device when you first load up an article, your brain will struggle to find a set rule about how much to tilt to get the right speed. Often I’d scroll too fast or too slow.

Worse, if you put your phone down on a table while you’re in the middle of an article, the scrolling goes haywire and you lose your place. The best thing about Auto Scroll is that you can turn it off.

In an alternate universe, it’s possible to see how a dirt cheap Fire Phone touting Firefly as its killer feature could have filled some sort of niche need for technology averse Amazon junkies. But as it stands—a premium quality phone with decent but not great software that attempts to hang its hat on a mainly on a gimmick—the Fire Phone isn’t something you want in your pocket. Maybe someday, some endeavoring developer will find a truly transcendent use for those four front-facing cameras. But until then, you’re better off with just about anything else.

Amazon is doing some interesting stuff with the Fire Phone, both in hardware and in software. Dynamic Perspective, while not of a whole lot of practical use, is the kind of showroom feature a brand new phone like this needs to stand out. Firefly is just as impressive, and it’s much more useful. FireOS is incorporating motion controls in interesting ways, and it does a better job than any other smartphone of actually showing you how to use it. The camera and battery life are both pretty good, and Amazon’s Prime and Cloud services are decent add-ons.

But the bigger question for most people isn’t going to be “does this phone do anything useful”; it’s “should I buy this phone rather than some other competing phone?” For the time being, the answer is no.

You get the idea. Here are a few video reviews:

Admittedly, not everyone panned the phone completely, and a few reviewers even said they would recommend it to those that were already invested in Amazon’s ecosystem. But for a majority of them, the answer to “should you buy this phone?” is “no.”