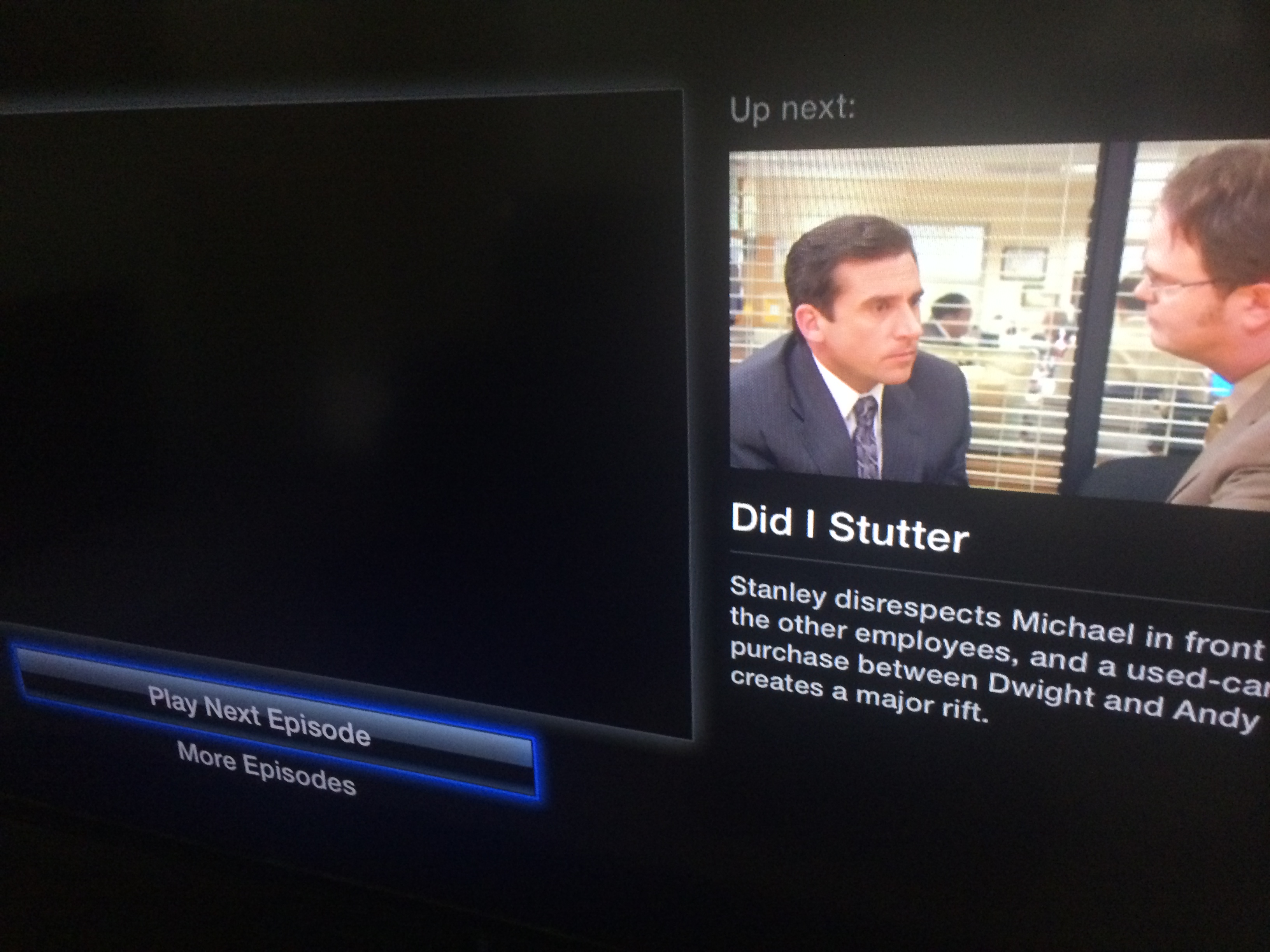 Good news Apple TV owners. Netflix has updated its client for the set-top box with its auto-play-next-episode feature, bringing it in line with its other apps. The feature, which has long been available on the web and other platforms, has been a top request among users.

Now, when a TV episode is finished playing in the Netflix app, users will have the option to quickly move to the next one in sequential order. Previously, users would have to back out to the ‘Play’ screen, then out to the ‘Season’ screen and manually select the next episode…

To clarify, if you watch a full episode from start to finish, Netflix will automatically begin playing the next one for you. If you fast forward to the end of an episode, like I first did when trying to test this new feature, you’ll have to click the ‘Play Next Episode’ button to move on.

There are also some other minor UI changes in the app that are noticeable to the avid user. The progress bar has been tweaked a bit with time markings to give a more accurate reading, and there is a small window with a content thumbnail present at the beginning of each video.

Netflix last updated its Apple TV channel alongside the release of its 6.0 mobile app in June, with a new icon. Its feature set for Apple’s streaming media product has always lagged behind that of other devices, due to the company’s strict nature of control.