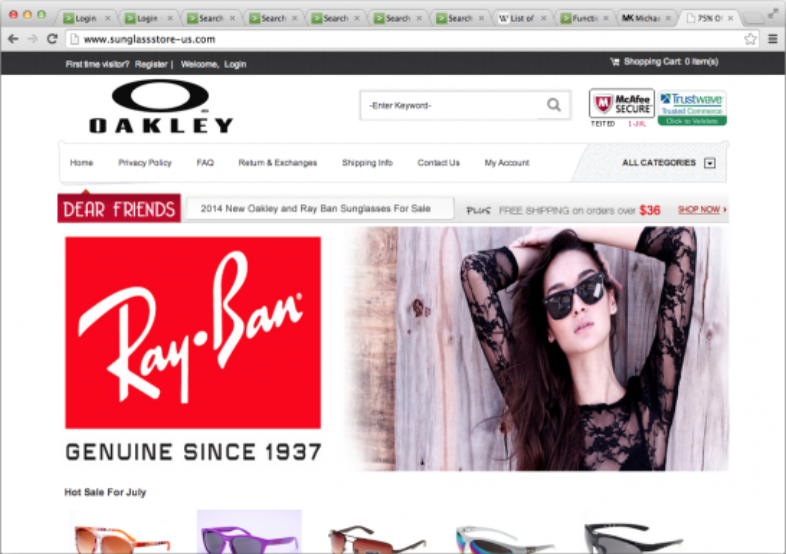 iPhones users—particularly those in larger US cities—may want to start keeping an eye out for odd iMessages. According to security firm Cloudmark, there has been a dramatic uptick in recent months of spam directed at Apple’s iOS messaging system.

Cloudmark says that the new spam campaign, which appears to be peddling counterfeit goods, accounted for 34% of US-based SMS spam during the past two months. Activity seemed to be particularly high in New York City, L.A., San Diego and Miami…

New York City was the fourth most impacted area in the country trailing behind only Los Angeles, San Diego, and Miami. Of all SMS spam reported in NYC during the past two months, 47 percent has been from this single campaign that currently only affects iPhone users.

It’s interesting to see so many iMessages in the primarily SMS-focused GSMA Spam Reporting Service. On iPhones, iMessage is an over-the-top (OTT) service transparently layered on top of the SMS inbox by Apple to provide a convenient dual-purpose application for messaging. The result makes iMessage relatively indistinguishable from standard SMS texts for many users other a than color difference between chat boxes. The downside to this free integrated OTT messaging is that spammers can send any volume of messages to any iPhone user completely free of charge.

Again, the spam messages include offers for major discounts on products from designer brands like Louis Vuitton, Gucci, Prada, and Ray Ban Sunglasses, and a link to a website. The sites don’t appear to be malicious, but the merchandise is clearly fake.

It’s not known at this time if this massive campaign is the result of compromised domains or emails, but you can take precautions. If you receive a spam message, forward it to 7726 (a spam report line for most carriers) and make sure to block the sender.

Have you received one of these spam links via iMessage?