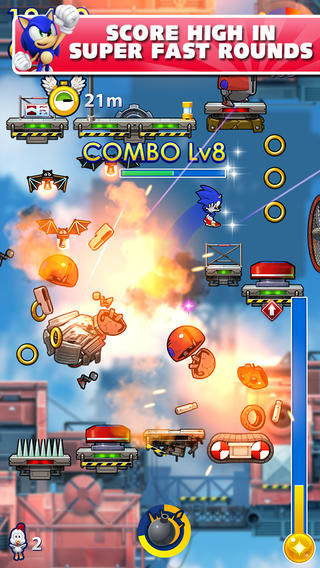 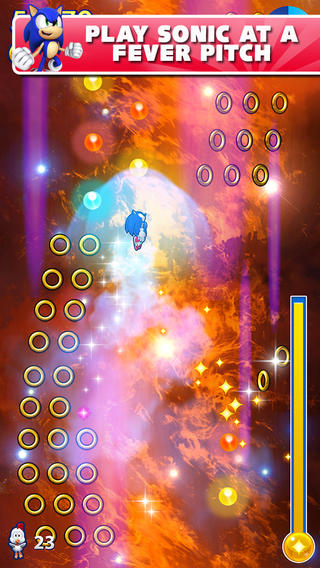 Having initially soft-launched in the Canadian App Store, Sega has now made Sonic Jump Fever available worldwide. Keeping true to its promise, the Japanese games developer and publisher has released the game as a freemium download with an optional Special Ring Bundle available via a $0.99 In-App Purchase.

The game builds on the successful Sonic Jump formula with new features, levels, adventures and characters. It’s essentially a heart-pounding race against the clock as you try to collect as many items as possible, racking up huge combos to blast past your friends’ high scores.

Use boosters, upgrades, unique character abilities and Chao pets to maximize your score. Then kick your game into overdrive with Fever Mode and hit the top of the Leaderboard! With brand new levels and leaderboards every week, the challenge never ends!

Here, check out the launch trailer.

Download Sonic Jump Fever for free in the App Store.