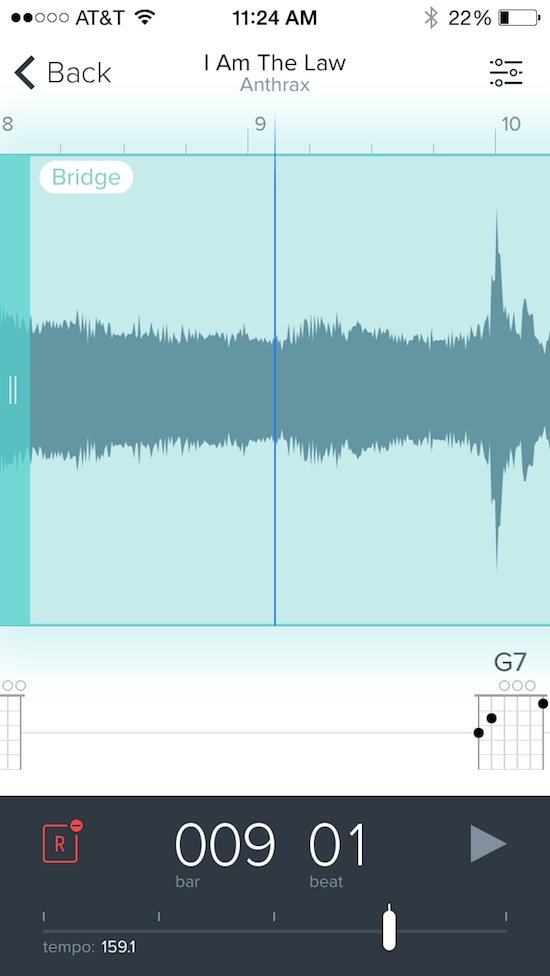 Anyone who has tried to learn how to play their favorite Megadeth song on the guitar  knows how hard it is to hear every note of Dave Mustaine’s shredding solos. Even without the annoyances of rewinding and fast forwarding on tape, it will still make you want to pull out your well-maintained metal length hair.

Capo touch makes it possible for even the newest shredders to be able to get their licks down from their favorite songs. Slow down the music without changing the pitch, find out what chord is playing without having to look up tablatures, and make your cover band sound like the original. We’ve got a hands-on app review of Capo touch for you here…

When you first open the app, you’ll see a quick tutorial with available features, plus you’ll be asked whether you want to store your project in iCloud or locally on your device. This feature is useful if you plan on switching between your iPhone, iPad, and Mac using the newly updated Capo 3 when learning a new song.

Then, choose a song from your device’s music library to start learning how to play it. The app can only access songs from your device, so if all of your music is stored in iTunes Match, you’ll have to download the one you want from your Music app first, which should only take a few seconds.

When you’ve found the song you want, the waveform will be displayed in the top half of the screen with chord changes below it and playback controls at the bottom. When you touch and hold the playback, region, or chord buttons, you’ll be able to access additional features related to each category.

The adjustment settings menu is in the upper right corner of the screen. Here you can tweak effects like the equalizer, voice reduction, and stereo playback. You can also set a metronome sound, change the beat timing, and add a count-in meter with adjustable lengths. Although Capo touch automatically detects things like the main instrument, beat measure, and tuning of a song, you can manually change the playback options for these things to fine-tune your experience. I tinkered around with all of the adjustments and found that the automatic detection worked best. 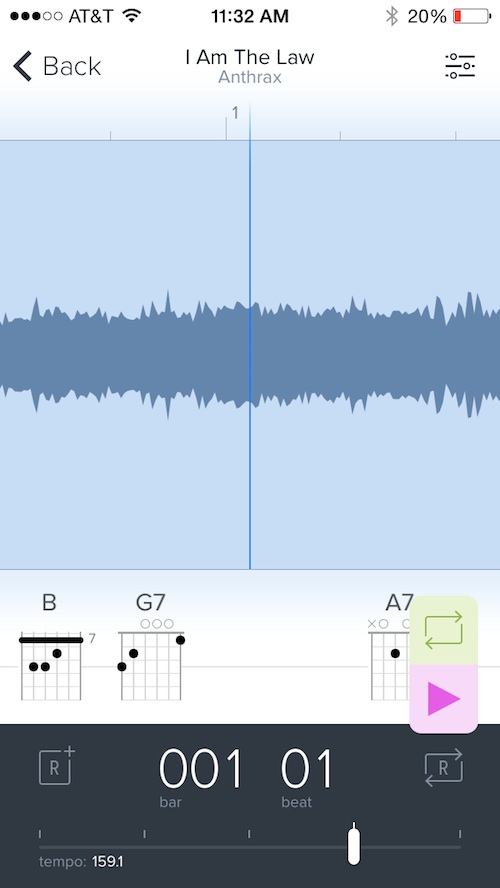 Once you’ve added music as noted above, tap the project you’d like to begin working on. This will bring up the in-song view. The song area shows the audio waveform of the track. Below it, you’ll see the chords and playback controls at the bottom.

When you set a loop, the section will be highlighted in its corresponding color. To set a loop, tap the Region button in the lower left corner of the screen. This will automatically drop a loop section onto the waveform. Set it by dragging the section to the area you’d like to loop. Then, extend or condense the section to fit into the parameters of the portion you wish to hear over and over again. For example, if you want to get the intro of a song down perfectly, create a region that starts at the beginning of the song and ends with the end of the intro.

The looping feature can also be edited. If you touch and hold the Region button, you will access three additional sections, verse, chorus, and bridge. They are designated by different colors. So you could set a variety of loops throughout the song to make it easier for you to access each section. Plus, you can rename the sections for further customization. For example, I set a Region at the beginning of my song and named it “Intro.” Then, I set the first verse, the pre-chorus, the chorus, the second verse, the bridge, and so on. This takes apart a song, piece-by-piece, so you can learn it in sections. When you feel confident, you can remove the loops and play along with the entire song.

Capo touch also includes chord information to help you figure out how the song goes. I’m terrible at playing by-ear. I always end up getting most of the chords wrong. Having a starting point is incredibly helpful to getting a song’s chord progression down. The app analyzes the song and displays the chord it believes is correct. When I used a demo song from my band that was a poor quality recording, it incorrectly matched some of the chords. So, try to use good quality recordings when learning songs.

You can add more chord displays if you want to see every note being played. Under the second set of playback controls, tap the chord button in the lower left corner of the screen. Every time you tap it, the chord playing at that moment will appear below the waveform.

To change a chord, tap to select it, then tap the chord name to call up the chord menu. Here, you can change chord completely (for example, switch from D to F7), or change the type of chord (for example, F major to F minor).

When you get to a particularly tricky solo, you can slow the speed of the song down to get every note perfect. The best part about this feature is that the pitch doesn’t change, even though the song gets slower. So, you can work on complex solos without having to figure out the proper key.

There are plenty of additional features to play around with, like key changes, metronomes, and voice reduction so you can customize your playback experience to get it just right for learning a new song. 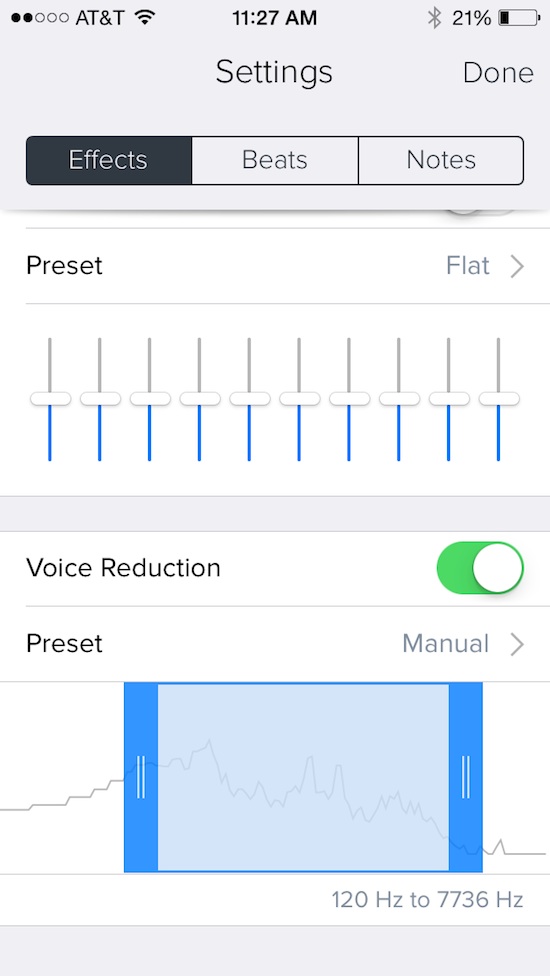 I love having this app around for working on songs. My band will normally record a version of a new song we are writing on our iPhones while at practice. Capo touch makes it possible for me to take the music home and work on it at my pace so that I don’t forget how the song goes before the next time we practice again. Imagine how good it works with cover songs.

I am not a fan of the swiping feature for switching between both sets of controls. Instead of switching, I kept accidentally adjusting the playback features by swiping across them instead. I’d prefer a simple button that allows you to switch.

Capo touch is available on iOS for $4.99. You can also grab Capo 3 on OS X for $14.99. Both are half off for a limited time and priced to move during the sale. The mobile version is ideal for learning music on the go. If you are at band practice and the group decides to cover a song, you can learn it right there without having to look up tablature or figure it out by-ear. The OS X version is great for sitting around the house, noodling away with your favorite guitar heroes. You can sync your projects in iCloud and access them from iOS or OS X with ease.

If you are a musician and like to learn cover songs, you should download this right away. Even if you don’t cover a whole lot of other artists’ music, you can still make use of this app by recording your band’s new songs at practice and bringing them home to work on throughout the week. Grab it while it’s on sale and you’ll be shredding along with Mustaine in no time. Download Capo touch in the App Store, or Capo 3 in the Mac App Store today.

Check out our list of best apps for guitar players to find out about other apps we love to shred along with.

What do you think of Capo touch? Will you use it to learn how to play the new Body Count album?