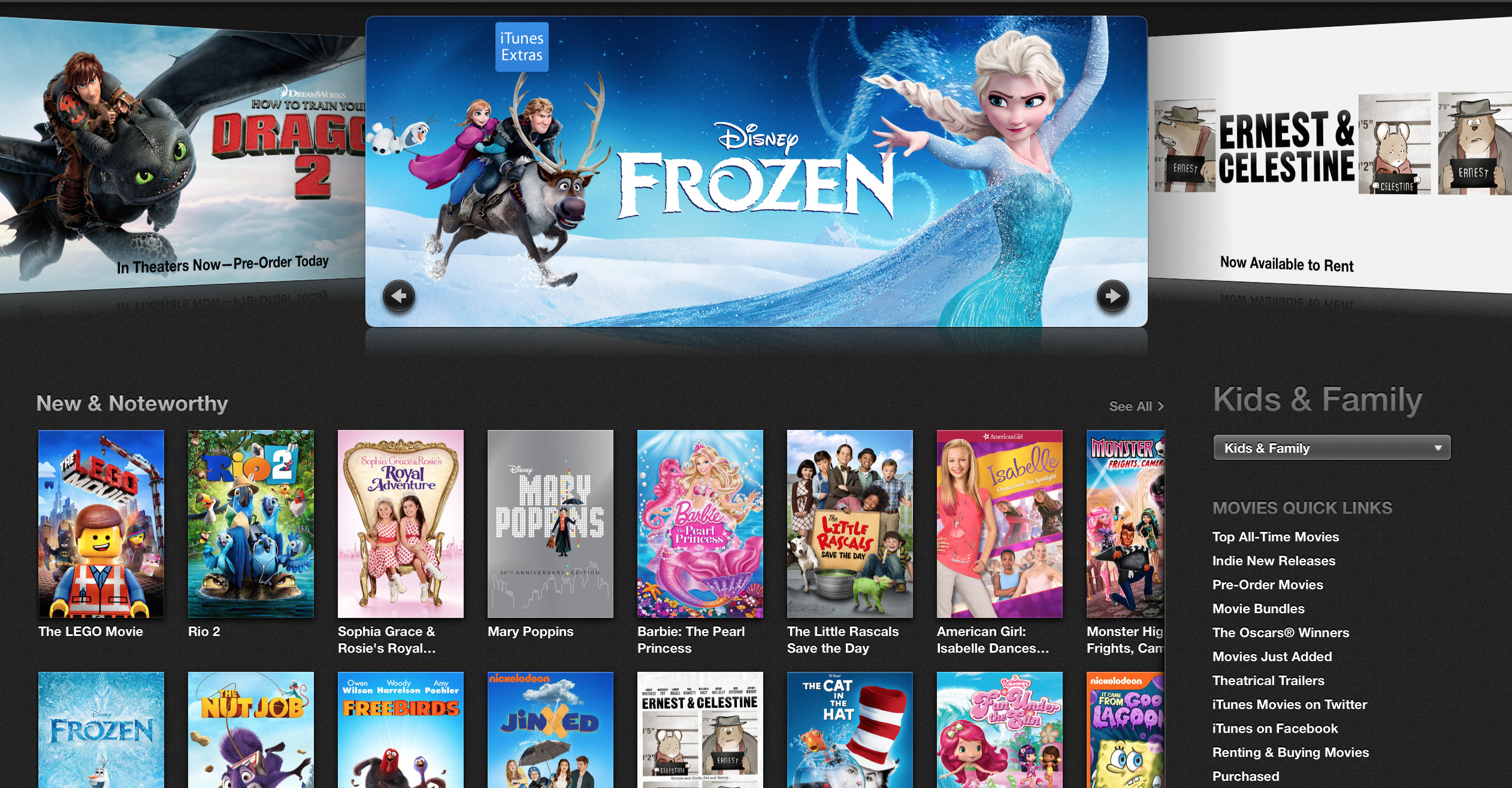 Folks in Japan may have noticed that newer Disney movies like Frozen and Thor: The Dark World have been unavailable for purchase in iTunes over the past few days. You could rent the titles, but the option to buy them had been removed.

Good news this morning though, as it looks like Disney has resumed iTunes sales in the country. Variety is reporting that the temporary halt was due to difficulties in negotiations over the renewal of the old contract between the two firms…

A Disney spokesman in Tokyo told Variety that both services were restarted Wednesday. An Apple rep declined to comment.

The Disney spokesman explained that the interruption was due to difficulties negotiating the renewal of the old contract between Apple and Disney Japan. The new contract was signed on Wednesday, after which both rentals and electronic-sell-through options returned to normal.

The original contract took effect in November 2010 and expired July 8, 2014. The dispute affected online sales of films including “Frozen” and “Thor: The Dark World.” But the Disney spokesman denied that the contract negotiations were affected by the ongoing theatrical release of “Frozen.”

While everything seems to be back to normal now, the instance once again highlights how complex these content deals can be—something that has been brought up many times in Apple TV discussions. Even for companies as close as these two.

Apple and Disney share quite the history. Disney’s CEO Bob Iger has been a board member at Apple since 2011, and his entertainment company was the first major studio to sign on for the iTunes Video service when it launched back in 2006.

Additionally, before his passing Steve Jobs was a director at Disney, and its largest shareholder thanks to the Pixar acquisition. His 130+ million shares are now a part of the Steven P. Jobs Trust, which is owned by his wife, Laurene Powell Jobs.