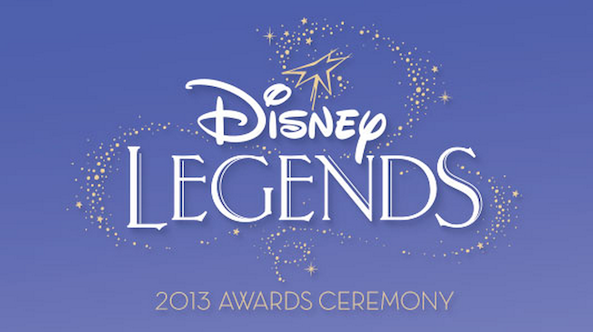 Disney announced its 2013 Disney Legends Award honorees today. The awards will be presented next month at Disney’s D23 expo, a 3-day event held for fans, giving them a rare opportunity to be a part of the always touching and memorable presentation.

The Legends award is the media conglomerate’s highest and most coveted honor, and is reserved for extraordinary visionaries and artists behind the “Disney magic.” This year’s honorees include the likes of Dick Clark, John Goodman, and yes, Steve Jobs…

From the D23Expo blog:

“The Disney Legend Award is our highest and most coveted honor,” said Disney Chairman and CEO Bob Iger. “It’s reserved for the extraordinary visionaries and artists behind the Disney magic, the men and women who push the limits of innovation and creativity to ensure Disney remains truly special. The eight Legends we honor this year helped create some of our most beloved characters along with exciting new worlds and thrilling attractions. They also entertained millions of people and expanded our definition of what’s possible. They are all indelible parts of our legacy, and we are proud to recognize them as true Disney Legends.”

The list of this year’s honorees is chock-full of Disney legends. There’s Tony Baxter and Collin Cambell—who were members of the company’s Imagineering team, and high profile actors like John Good and Billy Crystal—who co-starred in Disney Pixar’s Monsters Inc.

And then there’s Steve Jobs.

“Steve Jobs changed the world of consumer electronics as the founder of Apple, and was known throughout the world for his visionary attitude and penchant for innovation. He was an early investor and chief executive of Pixar, and became the Walt Disney Company’s largest shareholder overnight when it acquired Pixar Animation Studios in 2006. That same year, he joined the Disney board of directors, and remained a valuable sounding board and advisor to the company until his passing in 2011.”

Understandably, Jobs’ role at Pixar is often overshadowed by his work at Apple. But he was highly revered for what he did at the company, which was purchased by Disney in 2006. The deal made Jobs Disney’s largest shareholder, a title now held by his wife Laurene.

The award ceremony kicks off at 2 pm on Saturday, August 10, in the D23 Expo Arena at the Anaheim Convention Center.