Following a report by Bloomberg, which reiterated Apple’s move to revamp its set top box, comes a scoop from The Wall Street Journal regarding the company’s TV plans. The outlet says Apple has abandoned efforts to disrupt cable TV in favor of a less ambitious strategy.

According to the story, the Cupertino firm was at one time approaching media companies directly to obtain content rights for an a-la-carte TV service. But due to failed licensing negotiations and other issues, it’s said to now be working on hardware for existing cable service …

Here’s the heart of The Journal’s report:

“Apple Inc. AAPL -0.01% appears to be scaling back its lofty TV industry plans.

The company is talking to media companies and pay TV distributors including Time Warner Cable Inc. TWC +0.30% about launching a revamped Apple-branded TV set-top box in coming months, according to people familiar with the matter. Previously, the company had been trying to license TV programming for its own Internet-based TV service—similar to other “over the top” efforts from technology companies such as SonyCorp. 6758.TO -2.04% , Intel Corp. INTC +0.33% and Google Inc.”

At one point, Apple was trying to negotiate directly with networks like CBS and The CW to offer full seasons of popular shows, as well as live TV. But negotiations either stalled, or fell through completely, as the companies were unsold on the “unchartered territory” strategy.

“Apple’s latest approach is far less ambitious. Instead of asking for full current seasons of shows, it is asking programmers for just the most recent five episodes of current-season shows—the standard for video-on-demand services in the TV industry, a person familiar with the matter said. Apple is also proposing to disable fast-forwarding on shows for three days after they air, which would protect TV channels.”

This essentially reconfirms what most folks were already thinking—that Apple’s next TV product will work with your existing cable service, rather than replace it. Imagine it taking the place of your current DVR box, with much of the same features presented in a prettier package. 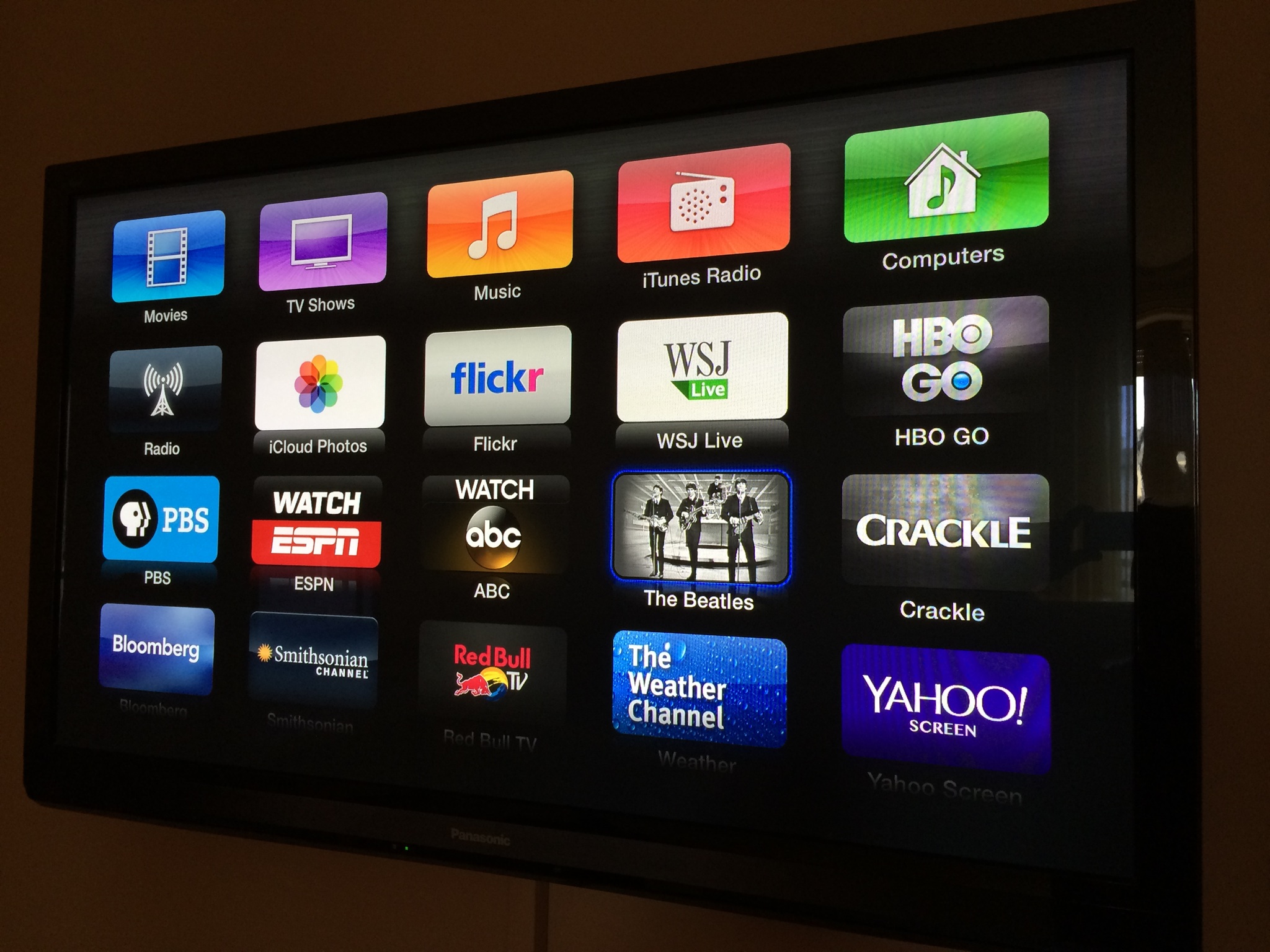 Apple has been in talks with Time Warner Cable for years now to provide this kind of product, and those talks are apparently still ongoing. It’s worth noting, however, that TWC has just reached a deal to be bought by Comcast for $44 billion, so that could hamper negotiations.

The Journal says that it’s not sure if Apple will sell the new TV box by itself, or if it will be leased out by cable providers. It also says that it’s not expecting to see the device launch before June, which conflicts with recent reports that suggested we could see it as early as next month.

References to unreleased Apple TV hardware were discovered in the latest beta release of iOS 7.1.