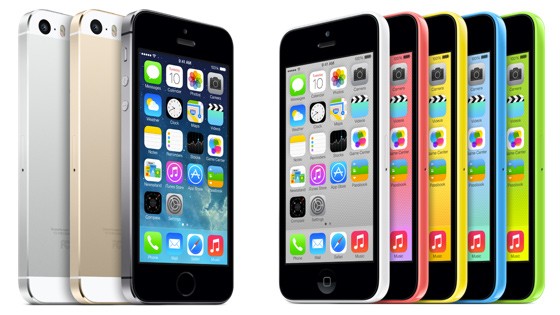 Apple is poised to have another record-breaking quarter for iPhone sales, if a new prediction proves to be true. According to Wells Fargo Securities analyst Maynard Um, the addition of new carriers and several promotions will help drive iPhone sales to 36.5 million for the June quarter. Um predicts that Apple will have quarterly revenue of $38.2 billion, beating the Wall Street prediction of $37.9 million…

Comparatively, Apple sold 31.2 million iPhones in the year-ago quarter. As reported by AppleInsider, the company has introduced the iPhone on 16 new carriers since April, in addition to launching the smartphone in Brunei, Kosovo, Kazakhstan and Lebanon. Apple now sells the iPhone on 332 carriers worldwide, and the mid-tier iPhone 5c has certainly played a role in boosting sales in emerging countries. 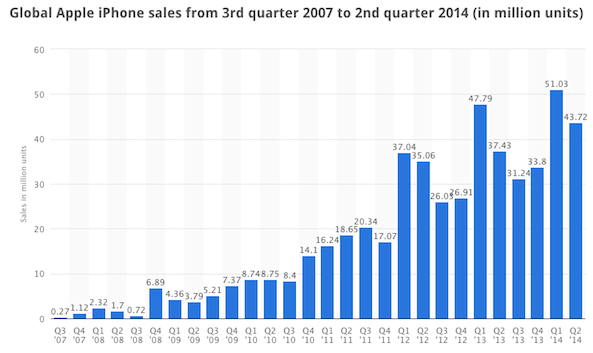 Um also predicts that Apple will report sales of 12 million iPads, 3.2 million Macs and 1.9 million iPods during the quarter, all of which are lower compared to year-over-year figures. Apple recently refreshed the iPod touch lineup with lower prices and a new $199 model that comes with a rear-facing camera in six colors, although the portable media player continues to be cannibalized by the iPhone.

Apple will report its third quarter results on July 22nd at 2:00 PM Pacific, so we’ll know the exact sales figures in just a matter of weeks. Um maintains a “market perform” on Apple shares, noting that the company is going to have to decide between growth and margins to ensure continued success. The analyst has a valuation of between $86 and $96 per share for AAPL.

Are you planning to purchase a new iPhone any time soon?