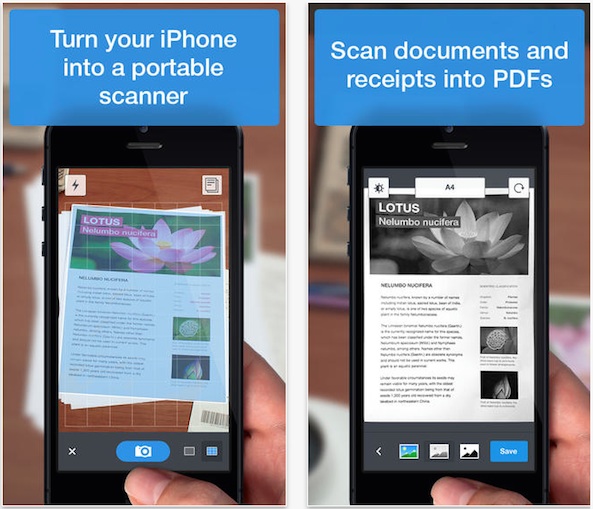 Scanner Pro, one of the best apps for quickly scanning and saving a digital version of a paper document, has passed six million downloads since its App Store debut in December of 2009.

It’s a noteworthy milestone in my book given the software costs seven bucks and has thus far gone temporarily free only once, as Apple’s Free App of the Week in January.

Scanner Pro has created the whole segment of digitizing paper with a mobile device back in 2009.

Featured by Apple as App of The Week, honored by The New York Times as “the best scanning app” and loved by millions, Scanner Pro wants to simplify your life.

As Readdle doesn’t normally do sales, this is a great opportunity to grab this highly rated iOS app half price.

Check out Scanner Pro in action.

Another reason to pick it up: if you own Readdle’s Documents 5, Scanner Pro functionality will be available right within Documents 5, no need to jump between the apps whatsoever.

Readdle also told me via email that the team is working on an iOS 8 edition of Scanner Pro. “We’re adding new amazing features and workflows,” Readdle confirmed.

The app supports all form factor iOS devices compatible with iOS 6.0 or later.