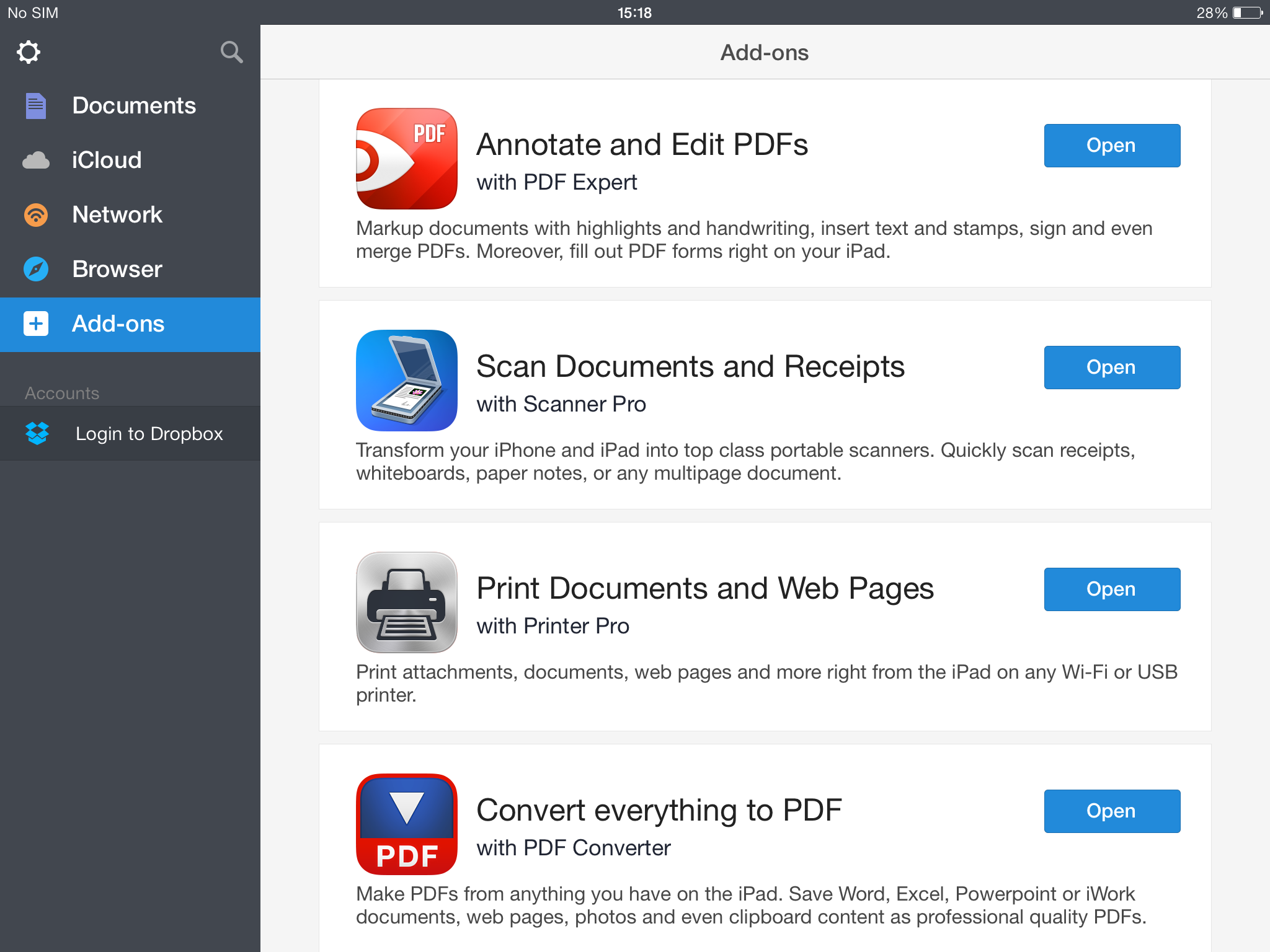 Ukrainian developer Readdle has a bunch of fine productivity apps on the App Store. After updating its Calendars app to iOS 7-friendly design in version 5 release, tomorrow will bring another major update as Documents goes iOS 7, too.

This handy file manager, media player, photo album and document viewer for the iPhone and iPad, available as a free download, is about to get a whole lot smarter by integrating with other Readdle apps and “borrowing” their functionality. Read on for the full reveal…

So, what’s worth getting excited about in Documents 5?

For starters, you’ll immediately notice an all-new clean and of course flat design.

As for it becoming become a hub of interconnected iOS apps that work with each other, Documents 5 will integrate with Readdle’s three main apps which the app refers to as “add-ons”. As pictured top of post, after downloading supported Readdle apps from the App Store, you’ll be able to perform extra tasks right from Documents 5.

For example, downloading and installing Printer Pro (a $6.99 universal download) will reveal a new printing option which lets you send any picture or document to a connected printer, right within the Documents 5 app. This kind of integration is way more useful compared to saving your document and switching to Printer Pro. 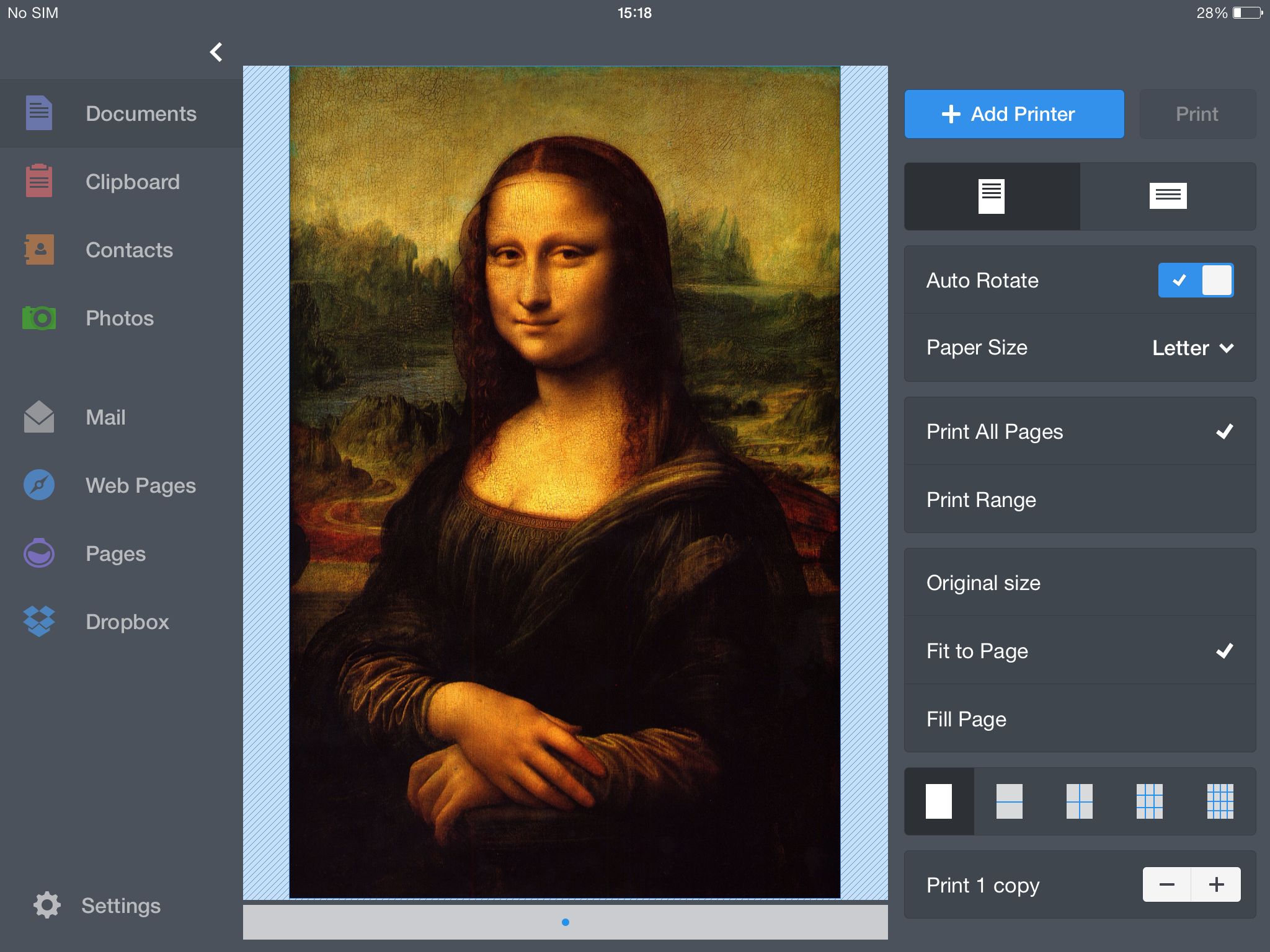 Likewise, install PDF Expert 5 ($9.99 in the App Store) and a new PDF annotation feature unlocks inside Documents 5. “Once Documents 5 detects a PDF Expert on your iPad, it will unlock the PDF engine within Documents 5, so you will be able to annotate, mark up, fill in PDFs, sign contracts and much more,” the company explained. 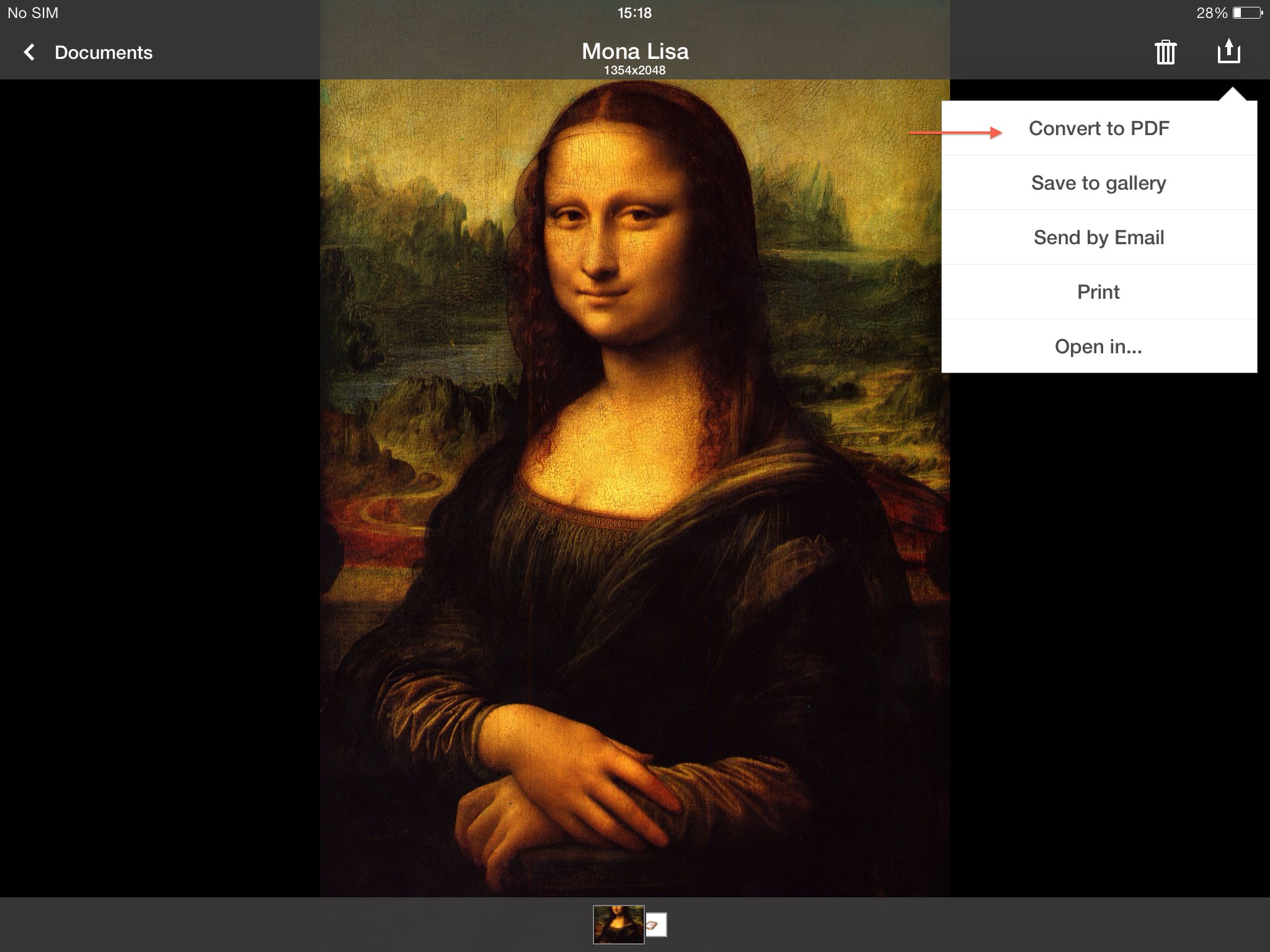 Readdle says this inter-app integration will be limited to iPad users at launch.

The integration with Scanner Pro is coming soon.

Readdle notes that this is “just the beginning” as more of its apps are likely to become integrated at a later date.

Documents can be downloaded free in the App Store.