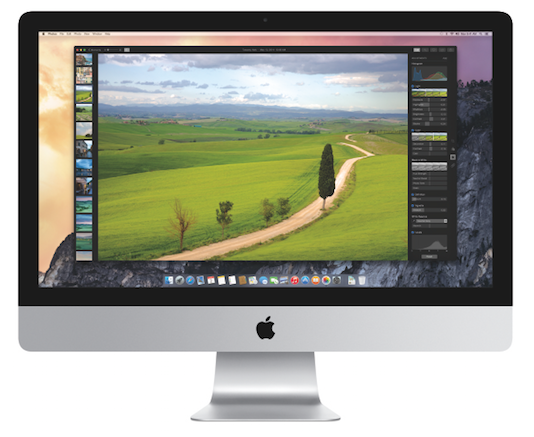 Apple has confirmed that it will no longer be developing its professional photo editing software Aperture when OS X Yosemite is released later this year. The company is shifting focus to the new Photos app that it previewed at the WWDC keynote, which effectively replaces both iPhoto and Aperture on previous versions of OS X. The app is set to launch early next year…

Photos adopts several of the advanced photo editing features of Aperture, including photo filters and smart adjustments for exposure, brightness, contrast and more. An Apple spokesperson confirmed to TechCrunch that it will be helping users transition their Aperture photo libraries to the new Photos app in OS X, which makes use of the new iCloud Photo Library.

“With the introduction of the new Photos app and iCloud Photo Library, enabling you to safely store all of your photos in iCloud and access them from anywhere, there will be no new development of Aperture,” an Apple spokesperson told TechCrunch. “When Photos for OS X ships next year, users will be able to migrate their existing Aperture libraries to Photos for OS X.”

Apple will continue to provide software updates for Aperture to ensure compatibility on OS X Yosemite, but it will no longer develop the app. Despite the transition, the report claims that Apple is not moving away from offering software or services for its professional users. The company will continue to offer apps like Final Cut Pro and Logic Pro for its creative pros.

Apple is also working on a transitional plan for moving Aperture users to Adobe Lightroom, which has long been one of its biggest competitors in terms of photo editing software. The move does make sense as Apple aims to streamline its photo offerings, and it wouldn’t be surprising if development is ceased on the iPhoto app for iPhone, iPad and iPod touch as well in the near future.

Do you use Aperture?