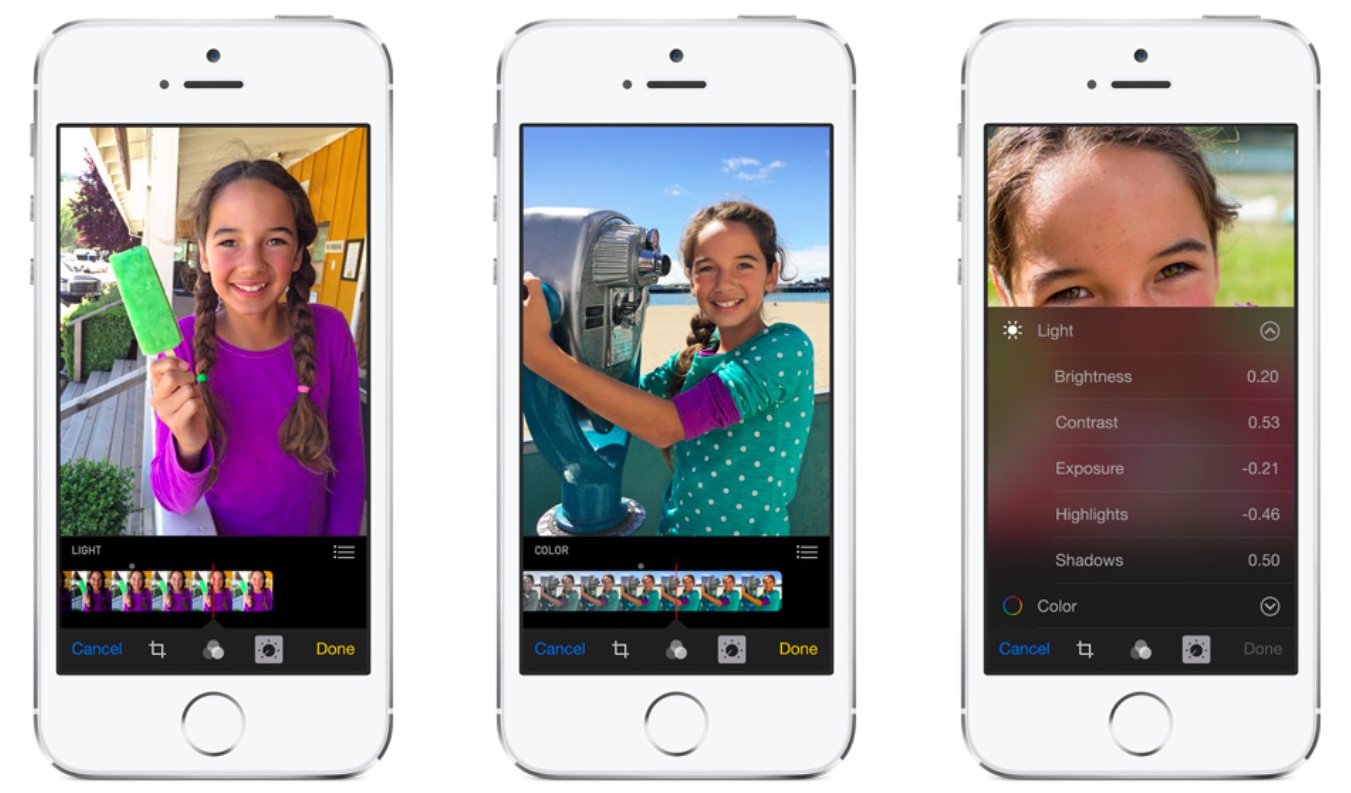 Don’t you hate it when your favorite camera app from the App Store is unable to provide the full range of manual controls supported by your iOS device’s camera hardware?

That’s right, developers of photography apps such as Instagram, ProCamera and Camera+, to name a few, can finally implement the full assortment of camera controls in their apps using the official iOS 8 SDK APIs…

That’s the gist of Joshua Ho’s findings posted over at AnandTech.

He says that all of the manual camera controls supported by iOS 8 can now be accessed by third-party applications through the AVCaptureDevice APIs.

To be clear, iOS 8 will expose just about every manual camera control possible. This means that ISO, shutter speed, focus, white balance, and exposure bias can be manually set within a custom camera application.

Outside of these manual controls, Apple has also added gray card functionality to bypass the auto white balance mechanism and both EV bracketing and shutter speed/ISO bracketing.

From Apple’s description of the framework:

Exposing advanced camera controls to third-party apps opens up a whole new world of possibilities when it comes to iPhone photography.

For instance, an iOS 8 app could provide a slider to make it simple for a user to gradually and smoothly focus into an object, allowing for some dramatic cinematic effects. Stuff like that would’ve been impossible up until now because there were no APIs for developers to map the focus control to distance.

“White balance is now also fully manual, something that was previously only limited to Windows Phone and HTC’s custom camera application,” notes the writer.

And because those functionalities are offered for “free” via APIs, developers no longer have to do all the heavy lifting themselves and in turn can devote time and resources to creative new features.

Here’s a great video which takes you through every important new iOS 8 camera feature, courtesy of Bill Savage Tech on YouTube.

Unfortunately, there don’t seem to be any indication of iOS 8 allow people to shoot in the lossless RAW format. For the sake of completeness, Apple on its iOS 8 webpage mentions that the stock Photos app supports iCloud Photo syncing of RAW photos imported from a DSRL into the Camera roll.