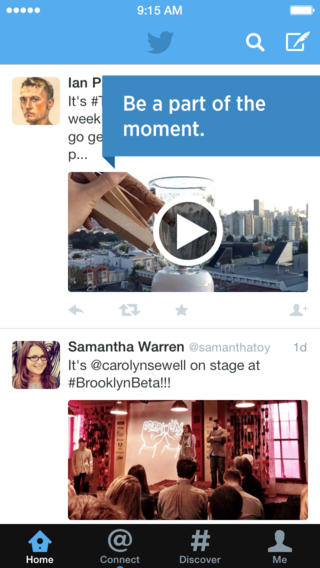 Twitter, the leading micro-blogging platform, is rolling out native support for animated GIFs to its mobile apps and across the web.

By adding native GIF support to both the web interface on Twitter.com and mobile apps on iOS and Android, the startup has finally jumped on the trendy bus of GIF memes.

Twitter’s free iPhone and iPad app wasn’t updated at post time though the company said in a tweet that “starting today, you can share and view animated GIFs on Twitter.com, Android and iPhone”. As it turns out, no software update will be needed as Twitter has confirmed that GIFs will be supported by its official API…

According to Twitter Developers blog, the updated API now supports PNG, JPG and GIF formats, including animated GIFs of up to three megabytes in size.

This means that makers of Twitter apps will be able to easily (and officially) integrate direct GIF sharing via the same pic.twitter.com links as native image uploads.

Naturally, Twitter has announced the news via this nicely done Vine (tap to play).

Starting today, you can share and view animated GIFs on http://t.co/wJD8Fp317i, Android and iPhone. http://t.co/XBrAbOm4Ya

You’ll see GIFs animated inline, without auto-play in your stream.

Tap here for an example tweet with an embedded animated GIF.

As these things take some time to propagate, expect GIF cat memes to start animating in your timeline shortly. Again, you’ll be able to share animated GIFs directly, without the need to use a third-party platform like Giphy.