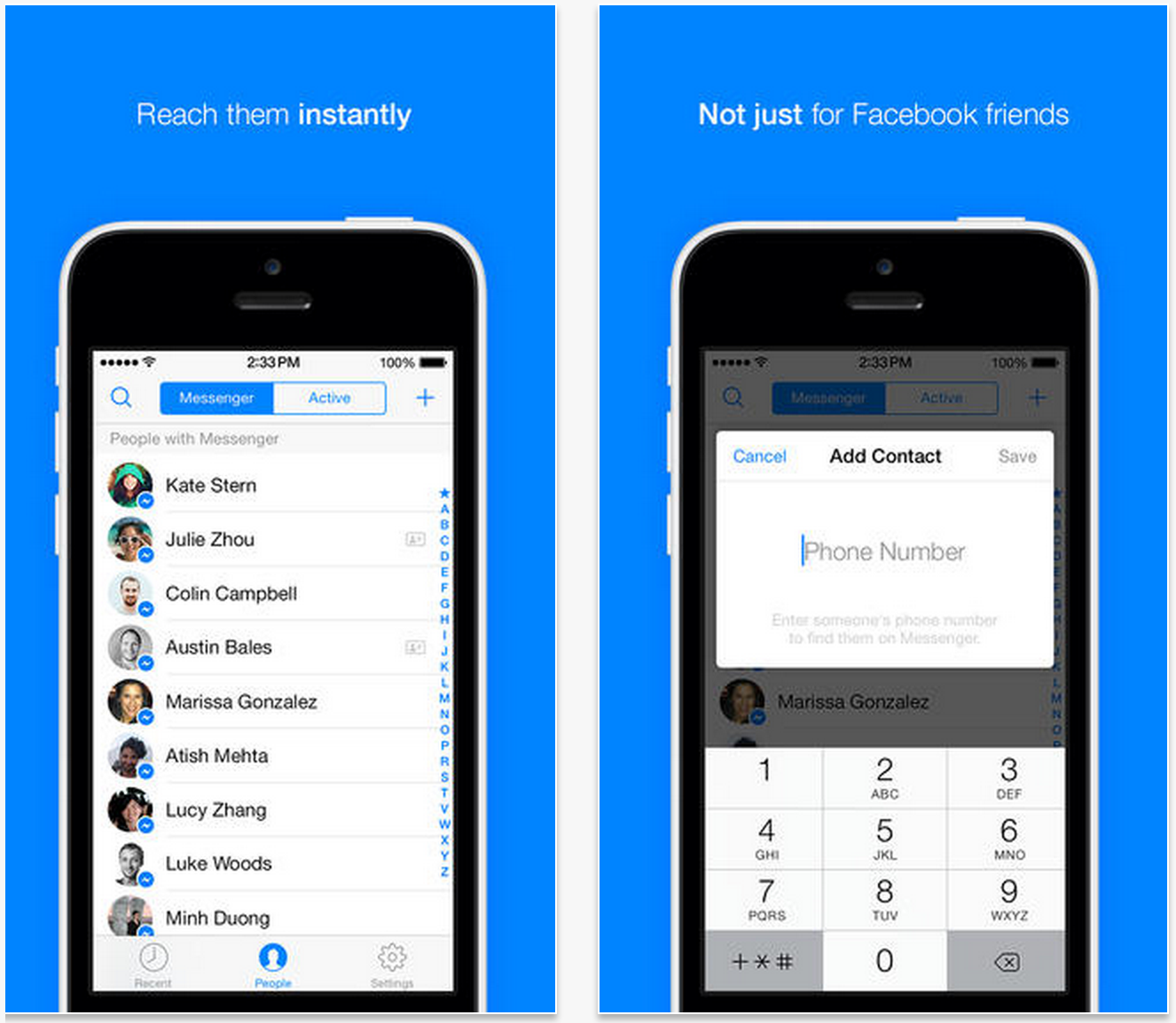 Facebook has posted an update for its iOS Messenger client this morning, bringing the app to version 6.0. The release includes the usual bug fixes and improvements, as well as two new features in ‘Instant Video Sending’ and ‘Big Likes.’

Both new features are exactly what they sound like. Instant Video Sending allows users to shoot and play 15-second video messages from the camera, right in the app, and a Big Like is essentially a larger thumbs up for things you really like…

– Instantly reach the people you care about.
– Messenger is a fast, free and reliable way to stay in touch. It’s just like texting, but you don’t have to pay for every message (it works with your data plan).

– Instant Video Sending: Shoot and play 15-second video messages from the camera right in the app
– Big Likes: Press and hold to send an even bigger thumbs up when you really, really like something.

In April, Facebook released Messenger 5.0 with a number of enhancements including the ability to send video messages from your device’s library, improved search, and Instant Photo Sending. Today’s release really builds on that with video.

Facebook last week released its Snapchat competitor Slingshot, which features ephemeral messaging. It has since pulled the app due to the premature launch, but it’ll be interesting to see how it, Messenger and WhatsApp coexist when it returns.

If you’re interested, you can find the latest version of Facebook Messenger in the App Store for free.