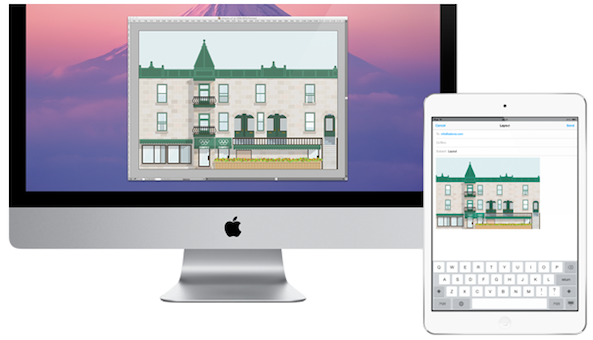 An app called Screens is one of the best and most elegant pieces of software for accessing your desktop through the iPhone, iPod touch and iPad devices, over Wi-Fi or cellular. It lets you connect to remote computers as if you were sitting in front of them, run apps remotely, copy documents between machines and lots more.

Edovia Software, the company behind Screens, has updated both the $19.99 iOS client and $34.99 Mac client with support for Dropbox for seamless syncing of your saved screens across devices…

Screens already features syncing of your saved screens via iCloud, but Edovia has decided to implement support for Dropbox to placate folks who’ve purchased the program outside the App Store/Mac App Store.

Because Apple does not allow such apps to implement support for iCloud, today’s update is basically a courtesy to people who have purchased Screens directly from Edovia.

The new Screens 3.4 for iOS and Screens 3.1 for Mac, according to Edovia, are now available through the App Store and Mac App Store, respectively. Again, copies of Screens bought from their store can’t use iCloud so Dropbox support will certainly come in handy.

The iOS edition now handles Macintosh User Authentication without passwords more gracefully. “It will only prompt you once and remember that your user has a blank password,” developers noted.

Other enhancements in Screens 3.4 for iOS: general stability and performance improvements, Norwegian keyboard support on Windows and fixes for Belgium and Finnish keyboard bugs. 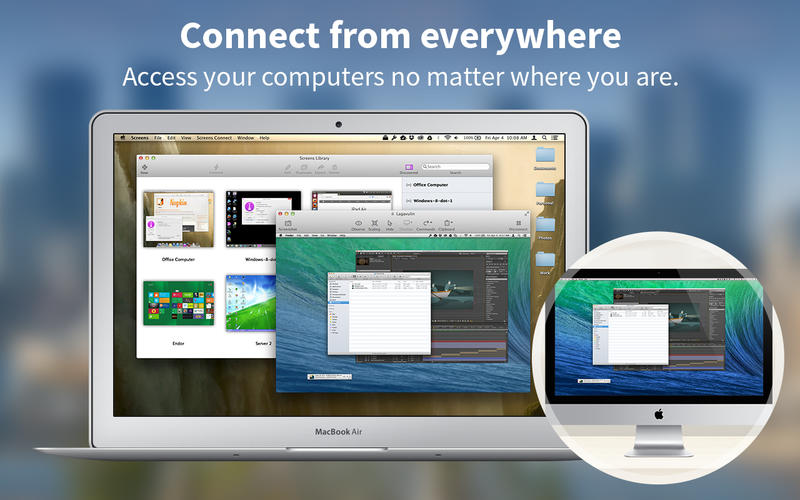 In addition to Dropbox syncing, Screens 3.1 for Mac offers the following improvements:

• You can now hide Screens’ icon from the Dock.
• Added a ‘connected’ green indicator in the Library window when Screens is connected to a screen.
• Screens will now try to reconnect automatically when the remote computer has closed the connection.
• Middle-button mouse clicks can now be triggered with the ‘fn’ key and a left-button click.
• Added Italian and Dutch localization.
• Fixed horizontal scrolling.
• Fixed Norwegian and Finnish keyboard mappings.
• Many stability and performance improvements.

Finally, Edovia has confirmed a complete rewrite of Screens Connect, a helper Mac/Windows app that makes your desktop accessible from anywhere.

The upcoming 3.3 version of Screens Connect will lay the groundwork for “some great new features” that will be released later this year.