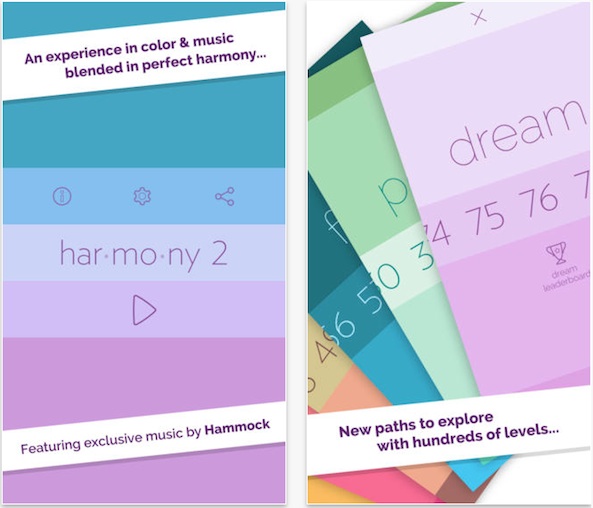 Last October, we reviewed BoarderLeap’s relaxing minimalist puzzle game Har.mo.ny. The attractive, flat design and tranquil soundtrack makes it the perfect game for fans of simple action, complex puzzle challenges. The more you play, the more hooked you get.

Har.mo.ny 2 recently launched in the App Store and I can definitely say it is more of the same, but better. Instead of only one game mode, there are now seven. There are dozens of pleasing color palates, hundreds of levels, and new soundscapes to give you an enjoyable brain exercise at any time…

Pretty much every complaint anyone had in Har.mo.ny has been addressed in Har.mo.ny 2. Not only do you get more puzzles and more themes, but there is also no longer any in-app purchases. The undo button is unlimited. You can restart a level as many times as you like and undo one move infinitely. 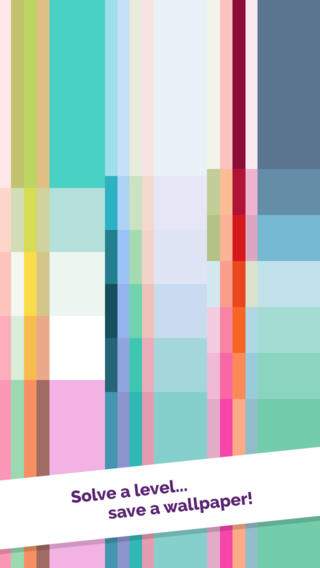 This sequel features seven “paths,” each with its own color palette and soundtrack. Choose from Bloom, Refresh, Harvest, Frost, Peace, Dream, and Twilight. Each path features 100 puzzles. After you’ve played the first 25 of them, you’ll open a new level called Endeavor, which can only be unlocked if you tweet your love of the game. Not a bad price to pay for 100 more levels.

The paths are themed by moods and activities. Bloom, Refresh, and Harvest all have bright colors with a vibrant soundtrack, while Frost, Peace, Dream, and Twilight have a darker theme and more relaxing soundtrack. The music is very similar to the meditative music you might listen to in order to wake up or calm your mind. You can even buy the soundtrack, played by “Hammock” in the App Store. There is also a direct link to listen to it on Spotify. 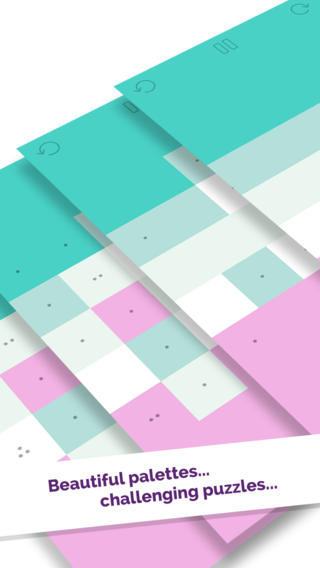 The game also has a more detailed tutorial than Har.mo.ny did when it first launched. Now, if you are playing the game for the first time, you’ll have better instructions on what the goal of the game is and how to move blocks.

If you find the color palette of a solved puzzle pleasing, you can save it to your photo album and use it as your iPhone wallpaper. Some of the puzzles line up pretty nicely with your app rows. You could even run it through Blur for a great iOS 7 effect.

Har.mo.ny 2 costs $2.99 and is compatible with the iPhone, iPad, and iPod touch. Download it in the App Store today.