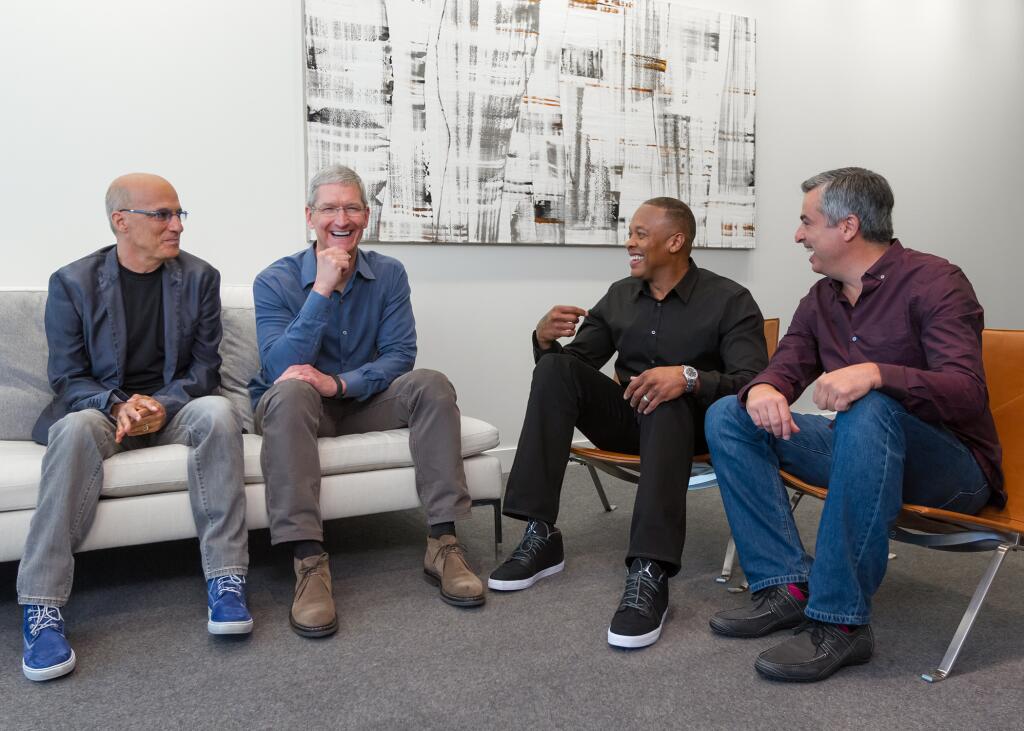 According to two Apple sources familiar with the development of iTunes Radio, current limitations of the free service and the $3 billion acquisition of Jimmy Iovine and Dr. Dre’s Beats talent, brand, headphone business and streaming service is all the result of the firm’s “arrogance” and shortsightedness of its managers.

Worse, some high-ranked members of Apple’s music teams reportedly didn’t even know that Spotify was an on-demand streaming service and not an Internet radio service akin to Pandora and iTunes Radio…

Aylin Zafar, writing for Buzzfeed, cites Apple sources privy to the matter who claim even company engineers used other streaming products rather than iTunes Radio:

“Everyone’s excuse was it’s because we work on iTunes, running and closing the app after every code change,” one source said.

“But it’s really because Spotify has all the free music with a real social platform.” In their personal time, sources said, employees used Spotify and Pandora.

That’s probably true, and who could blame them – Spotify is the #1 subscription music service and Pandora offers better features compared to iTunes Radio, which really lacks a social platform around music.

Besides, it always pays to keep tabs on what the competition is doing. 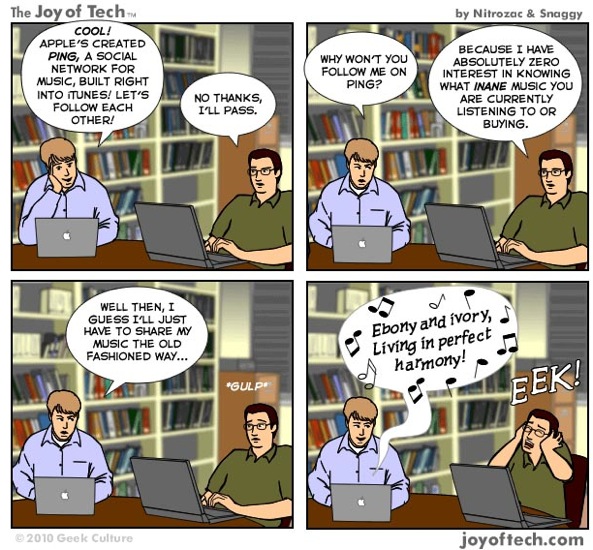 More worryingly, the report suggests that Apple’s management can’t tell the difference between a service like Spotify – which lets people create their own playlists and stream any song they want from the 20-million track catalog – and Internet radio services like Pandora and iTunes Radio – which stream random songs based on broad criteria, don’t offer playlist creation and limit the number of song skips per hour.

The management in particular were pretty much tone-deaf in what Spotify was and that’s why they’re panicking now. They didn’t understand how Spotify worked, which is why they thought iTunes Radio would be a Spotify killer.

Other managers referred to Pandora as a nonthreatening “dead company” because of its lack of revenue.

A mid-level Apple employee apparently wrapped up the conversation by quipping that “iTunes Radio sucks” because of “Apple’s arrogance” which eventually forced the $3 billion Beats buy, Apple’s largest acquisition to date.

I’m having a hard time believing this report.

First and foremost, Buzzfeed is not the most reliable of sources.

And if true, the report would suggest that Apple’s leadership is highly incompetent and stuck in the old ways when it comes to music, an industry vertical Apple turned upside down a decade ago with the introduction of the iPod and the iTunes Music Store.

I don’t think Eddy Cue, Tim Cook and other members of the leadership team, as well as their direct subordinates, are so out of touch that they couldn’t tell a subscription streaming music service from an Internet radio product.

Having said that, it is indeed true that Apple is late to the on-demand streaming-music game.

But unlike other streaming music startups that can afford to move fast and break rules, Apple must carefully consider its every move in the music space because the music industry has grown heavily dependent on iTunes for digital music sales revenues.

This revenue is at risk should Apple put out a subscription music service incapable of taking on the likes of Spotify and Pandora.

And even assuming it does emerge as the top music-streaming product, there are no guarantees that subscription revenues would offset the likely (and substantial) drop in digital downloads on iTunes. 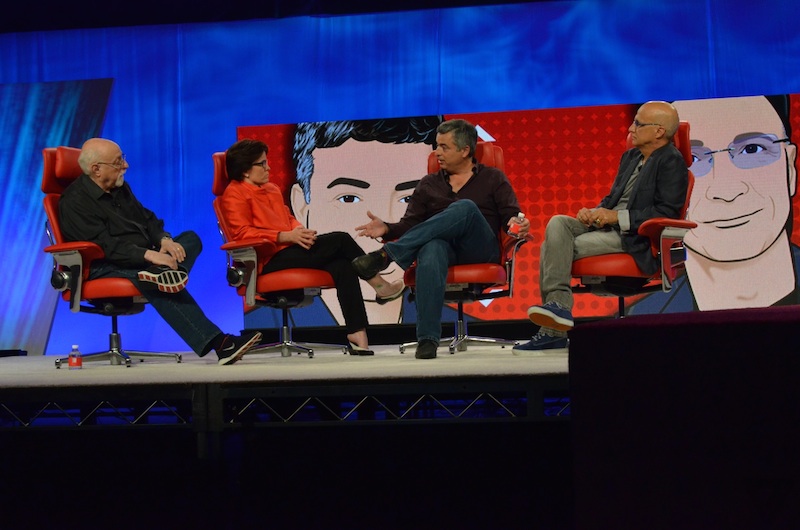 Besides, Eddy Cue, Apple’s online services chief, has made it clear at the Code Conference that Apple could have released a subscription music service a long time ago, but didn’t want to because it felt the current services were shortsighted.

Both Cue and Beats co-founder Jimmy Iovine reinforced this notion at the Code Conference, arguing that simply giving people millions of streamable songs in exchange for a fixed monthly fee, while disregarding human curation – and consequentially emotion that carefully curated playlists convey – would be a huge disservice to the music industry and users.

Hence, Apple has sought a partner with a player that understands music, one that would bring world-class expertise in human curration. And that’s exactly what Beats Music and its 500 employees provide Apple with.